The last few weeks have been vacation weeks here at Parkeology, as Teevtee and I have been trading off on different exotic locales. The only difference is, he gets to do things like go to Tokyo Disneyland or take a Disney Cruise, while I am basically just staying at home riding Star Tours over and over in a futile attempt to score the Boba Fett ending.

We do have some good stuff coming in the days ahead, but I wanted to make sure I got the word out about what is shaping up to be a pretty cool little app in the Apple App Store. It’s called Spy Queue: Disneyland, and in the words of the designer, it’s “part guide book, part hide-and-seek game that you play in the park!”

The graphics are colorful, clean, and appealing, and this sounds like a great way to spend some time while in line at your favorite rides this summer. Right now, it’s a Disneyland-only version, but if it catches on, hopefully we’ll see some Florida hunts coming. I plan on putting this thing through its paces when I hit Disneyland this fall.

The game’s designer is a former Cast Member, and he definitely knows his stuff. He was gracious enough to offer up some promo codes for our readers, if anyone is interested. First three people to email me using our handy new “Contact Us” form will get the game for FREE! That’s a savings of almost 8 million dollars, if each copy cost that. But it doesn’t, it’s only $1.99. Not too shabby!

And while we’re talking about cool new projects from the large Disney community, let me also give a shout out for a book coming later this year, It’s Kind of A Cute Story. This is the story of Rolly Crump, who has to be one of the top Imagineers of all time (ever hear of a little thing called It’s A Small World?) What makes this book extra cool for me is that it was a collaboration with Jeff Heimbuch, who is a pretty awesome guy in his own right. You know that awesome Communicore Weekly show? (you don’t? Why not??) Well, that’s Jeff Heimbuch, who is one half of the Jeff & George team. 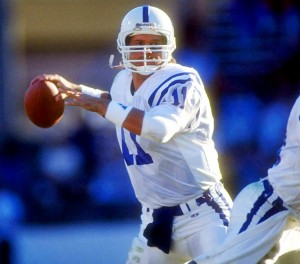 Not to be confused with Jeff George, who made my life as a Colts fan a living hell.

Anyway, I’m really looking forward to this book, and just wanted to help put it on everyone’s radar. I’d encourage you to go ahead and Like their Facebook Page, to keep abreast of the latest news, publication date, etc. And feel free to like the Parkeology Facebook page too, while you’re at it. Just because.