Parkeology began in 2009 with three simple ideas: To explore ancient theme park ruins, uncover lost relics from the past, and geek out over the most obscure details.

Though the articles could sometimes delve deep into unexplored territory, Parkeology has always kept its sense of humor about the whole thing. Writing about theme parks can be weird.

At first, there was only one Parkeologist. Shane lived in the Orlando area and spent an insane amount of time at Walt Disney World. It seemed only natural that he should begin writing about it. He was soon joined by another Parkeologist named Ted, who lived in Chicago, but who also had developed a lifelong obsession. Shane and Ted had already known each other for two decades when they decided to join forces. They had established a friendship on a long-forgotten AOL message board.

But they had never met in person.

In 2013, driven by a childhood obsession to maximize park time, Shane came up with the idea of riding every ride at Walt Disney World in a single day. He vowed to do it without cheating and dedicated himself to its completion. Many people thought it was crazy. Except for Ted.

After careful planning over the course of three months, the two men finally met in person for the first time one evening at Epcot. The next day, they put themselves through a grueling 16-hour marathon as they attempted to ride all 47 rides at Disney World. Their adventure unfolded before the eyes of several hundred twitter followers. And though they fell two rides short due to weather, a new Disney obsession was born.

The next year, Team Parkeology successfully completed the challenge and rocketed to a weird circle of fame. The Parkeology Challenge has since become our official theme park challenge and our signature piece of work, with hundreds of challengers attempting to complete it.

It is known as the most difficult park challenge around. More than 90% of all attempts end in failure.

Thanks in large part to the Parkeology Challenge, Parkeology has received coverage in a wide variety of media outlets listed below — including the front page of the Wall Street Journal! 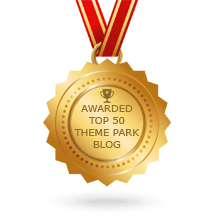