Hidden Mickeys are such a big deal now for casual fans.  But these aren’t really secrets anymore, not with Disney publishing big yellow books on how to find them.  No, the real money is in finding tributes to other lesser known characters (and no, you can’t just put a bow on it and call it a Hidden Minnie).

Fortunately, Animal Kingdom has some great little character references.  It’s got real Lions and Tigers, but where are the Bears?

At first glance, the little seating area behind Tamu Tamu restaurant, doesn’t look like much.  Okay, the theming is top notch as usual, but there’s no animals, right?  Look again.  The surrounding walls are made of brick, and covered over with plaster.  Because Harambe is an older village, some of the plaster covering has broken away over time, and if one looks closely at one of the walls, one can see this shape. 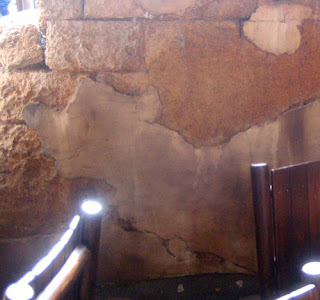 Hey, that guy looks vaguely familiar.  I wonder who he could be? 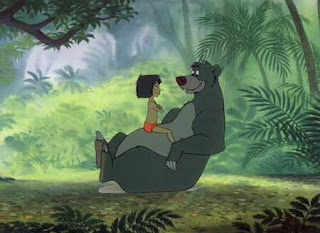