A few monorails around the resort are starting to take on a new look.  They will stay this way at least for the next nine months or so, until Walt Disney Pictures gives birth to the sequel to a certain breakthrough film from 1982. 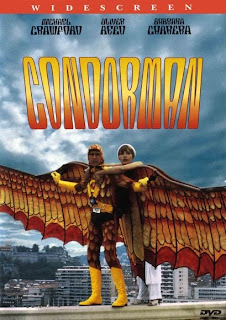 No, Condorman was 1981.
There’s a lot of internet buzz for the movie, but getting lost in the argument is that the original Tron was a boring exercise in experimental technology.  Park fans like us would rather debate whether it is okay to use transportation vehicles as billboards. 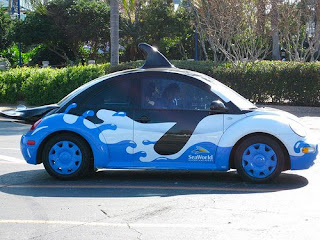 But I mean think about it.  We’re 28 years removed from the original film, and the most excitement it has generated (in the parks) involves some temporary tattoos. 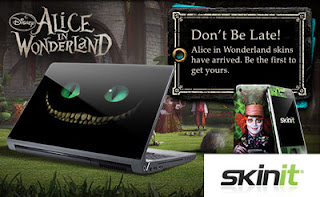 Admit it.  This is cool.
Why didn’t Tron make an impact?  It’s not necessarily for lack of trying.  You might recall that a mega-blockbuster theme park opened the same year as Tron, Disney World’s first massive expansion project, fully half of which was devoted to visions of the future.  A Tron Arcade was originally slotted for EPCOT Center’s Communicore building.  It would have been located in the same area where Club Cool is now.  According to Harry Abrams’s fantastic book Walt Disney’s EPCOT Center: Creating The New World of Tomorrow (Harry Abrams wasn’t much for brevity), the Tron Arcade would be a

speculative and playful vision of games of the future [which will] give us the chance to interact with intelligent machines in a wide variety of gamelike activities.

In other words, it was a video arcade.
No one knows for sure why the Tron Arcade never materialized, though one suspects it may have something to do with the fact that Tron barely made back its $17 million budget.  In the end, Tron only managed to invade the parks in one teensy weensy way: 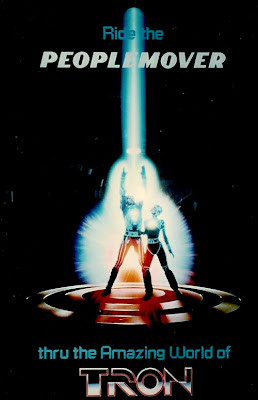 This poster makes it sound way more impressive than it was.  Disneyland’s Peoplemover already had “speed tunnels” (an effect used in World of Motion, Dream Flight, and Horizons), in which a fast-moving image is projected around the ride vehicle, to give the impression of high speed (sort of a precursor to Star Tours).  They simply swapped in new footage of Tron’s lightcycles, replacing the old footage of race cars or something.

I guess technically I’m leaving something out.  Tron has actually had a presence in Walt Disney World since 1998.  It is enjoyed by only a lucky few every day, tucked away on the Fourth Floor of a Tron-like blue building in the heart of Downtown Disney.  Give it a try, if you can find it.  It’s way better than that Peoplemover thing. 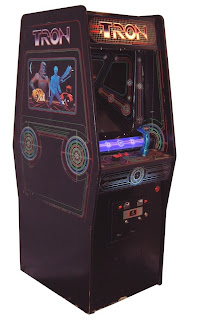