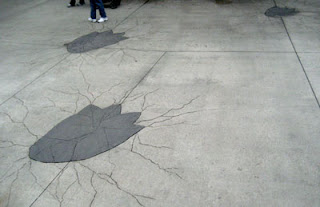 Disney’s Hollywood Studios likes to make a big deal out of the celebrity handprints around the Chinese Theater.  And I’ve already called out the handprints of famous animators that were once easily accessible at the Animation Tour.  But there are even more celebrity footprints over by Echo Lake, and most people just walk right over them. 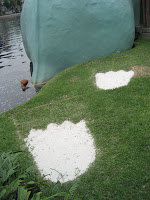 Dinosaur Gertie was the world’s first animated cartoon (no, it was not Mickey.  Be realistic, people). She is now retired at Hollywood Studios, serving ice cream out of her side like some sort of reverse TaunTaun (“This may smell bad, kid.  But it’ll keep you cool.  At least until our Lights Motors Action FastPasses are up”).  And how did she get there?  Duh, she walked.  And she left her footprints all over the sidewalk (and some in the grass.

By following her trail like the clever trackers that we are, we can deduce that there is a dinosaur population hiding somewhere in the Indiana Jones Epic Stunt Spectacular.  Either that, or Gertie just came from a show. 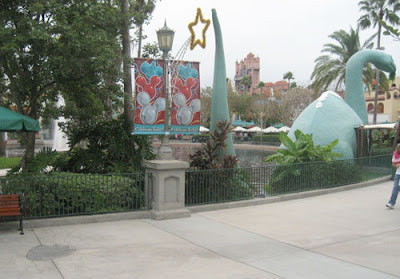