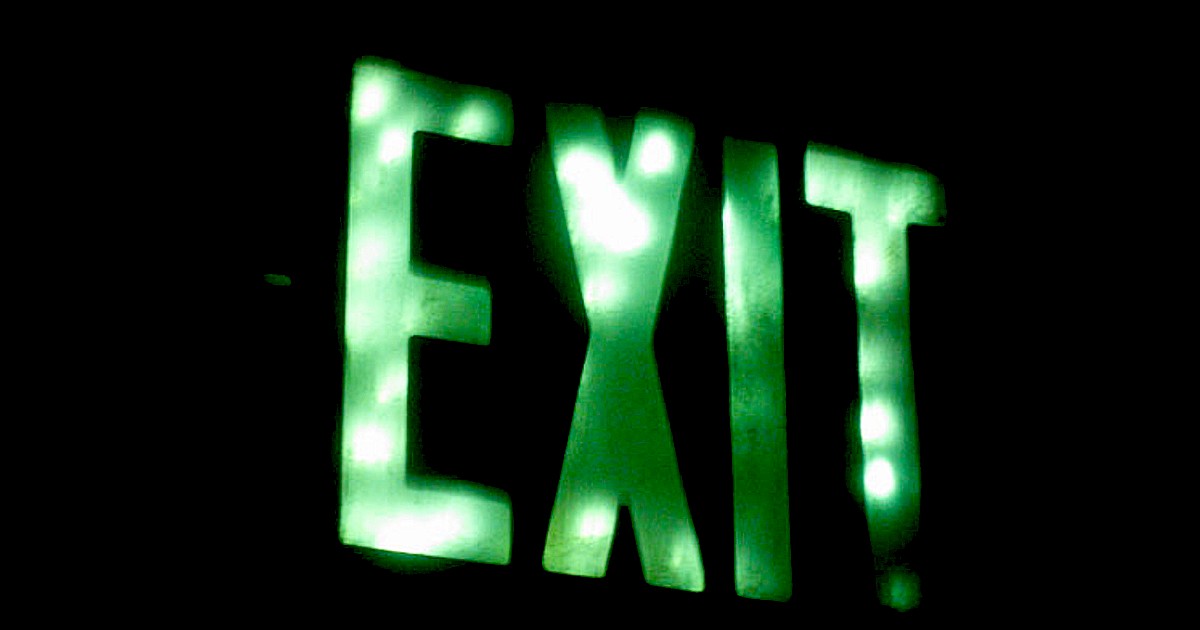 Guests are often surprised and delighted by the It’s Tough to Be a Bug effects that are unleashed during the performance at Animal Kingdom. Acid sprays. Hornets sting. Stinkbugs emit.

Okay, maybe “delighted” is not the best choice of words.

But we believe there is one truly delightful effect. It comes at the end of the show, in a place almost no one is looking. Unless you are carrying a screaming toddler traumatized by an army of black widow spiders descending from the ceiling.

Guests often take exit signs for granted, but Imagineers don’t like to leave anything unthemed.  Even if it’s just a font change, the standard emergency exit signs that are found in most public places are crafted to blend into their environment. And they are not above using insects to take things to the next level.

Our favorites are the signs inside the Tree of Life Theater. There’s where most of the It’s Tough to Be a Bug effects take place (unless you count the Wilderness Explorers booth outside).  Most everyone is still watching the screen and listening to the message about the beetles, maggots, and cockroaches when the signs come to life. But they are missing a pretty great effect.

It consists of a swarm of fireflies that converge onto the signs. They then spend the entire exit-time buzzing about inside. In fact, it may just be the best firefly effect Disney has ever done. Topping even those beautiful fireflies at Pirates of the Caribbean in Disneyland. (or the Kiss the Girl segment of the Little Mermaid ride, if you prefer).

Just another bit of magic that goes unnoticed because there’s so much happening at once. So next time, instead of gluing your eyes that cute little moth mess up his on-screen formation, just study the left side of the theater instead. It’s a totally normal thing to do.