You may have noticed that parkeology.com is looking a little different lately.  Please do not be alarmed.  We are merely refurbishing this area for your future enjoyment.  Plus, we have a bet with Madonna to see who can reinvent themselves the most.  So far the score is Parkeology: 2, Madonna 141.  But if we find the Golden Snitch, that gap will close in a hurry.

Hey, even Disney parks make changes, right?  Have you seen those new signs that they hang on construction walls lately?  They are sponsored now.  Yes, Disney has actually suckered some poor company into ponying up money for their construction walls, rather than for the attractions themselves.  This reminds me of when they tricked Brawny into sponsoring “Hand Washing Tips” in the bathroom.  I’m expecting sponsored toilet paper any moment now. 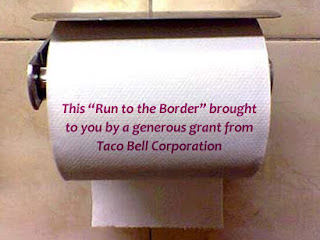 Basically the construction signs are now “themed.”  This means that they are essentially the same old “Pardon Our Pixie Dust” signs, but also have an inspirational quote from Walt Disney on them, as well as the sponsor’s logo, sort of like an Adopt-A-Highway program.  I tried to get someone to sponsor the parkeology.com redesign, but the only people were interested were British Petroleum and the guy that runs Dustin Diamond’s website.  Teevtee’s dentist chipped in a couple bucks, but I think he was expecting me to get him some coffee.  Anyway, no signs. 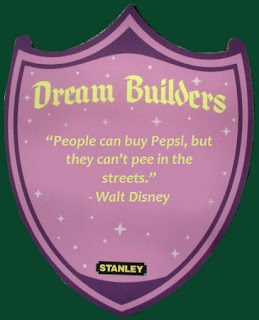 As a wise man once said, the only constant is “change.”   And death taxes, I think.  At Walt Disney World, things have continued to change and evolve, and sometimes those changes result in some pretty ugly warts on the face of the property.  Can Disney build beautiful show buildings?  Of course they can.  Everything from faux mountains to sleek futurism.  There’s rarely a misstep.  When they do go wrong, it can usually be covered up by painting it the same color as the Floridian sky. 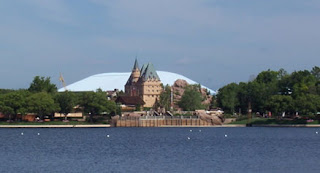 But sometimes circumstances force their hand.  Like for instance, if you built a brand new theme park.  And then only planned for approximately 2 rides in the entire park.  And some walking trails.  Maybe a movie or something.  And a bird show.

When Animal Kingdom opened, there was so little in the way of bona fide attractions, that the park’s equivalent of the World Showcase Friendships was counted as an actual ride.  Twice.  (hey, it had 2 docks).  Kali River Rapids was still several months off.  Everest wasn’t even on the drawing boards, and the ride-boosting Dinorama — Dinorama! — wouldn’t be along for another 3 years.  To say that Animal Kingdom was low on capacity is like saying Michael Bay is low on artistic ambition — an understatement at best. 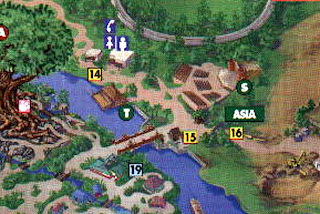 See that segment from Animal Kingdom’s opening day map?  That’s a rendering of the Flights of Wonder bird show (S), housed in the Caravan Stage along the trail from Africa to what would eventually become Asia.  I want you to note something in that rendering:  You can see the bleachers.

Animal Kingdom opened on Earth Day, which is in April, and the Florida weather can be quite pleasant then.  But by the time July rolls around, if you are sitting on exposed bleachers watching birds cavort for half an hour, you might as well be a Smash Mouth song, because you are gonna fry, baby. 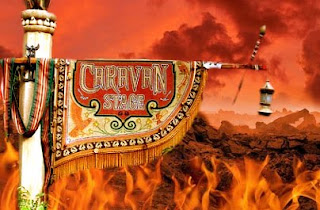 Shade was needed, and fast.  The only problem is that in order to accommodate swooping birds and clear sight lines, this was no easy feat.  It involved raising towering columns to support a canvas covering, and this wasn’t going to happen overnight.  There was only one solution:  The Caravan Stage had to close down for rehab.

But remember, this is the park that counted the Cretaceous Trail (a walking path through the magical land of ferns) as an attraction.  Studying Animal Kingdom’s capacity was like studying Jessica Simpson’s brain cells:  Statistical sample too low to measure.  The Caravan Stage might close, but Flights of Wonder was staying open, no matter what.

Enter the Tent to End All Tents.

A large rectangular tent was erected on the plot adjacent to the Caravan Stage, and here a smaller scale version of Flights of Wonder was performed.  The show itself was not that bad, but the tent…  The tent looked like a staged revival tent from the Bible Belt in the 1950s.  Or like something the Hebrews carried out of the desert.  It was blocky, white, and made of plastic, like a Hefty Bag. 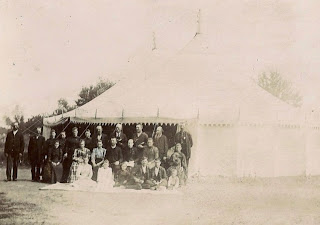 The chairs were standard-issue metal folding chairs, of the kind found in a church basement (or from Disney’s prodigious convention space), and the floor — oh, the horrible floor — was straight off the Brady Bunch’s front lawn.  Dark green astroturf oozed like a living carpet fugitive from a Stephen King novel, all the way up onto the makeshift wooden stage where the bird handlers ran through their script, accompanied by some generic Asian props and a fervent hope that if they paid their dues now, their double major in Ornithology and Theater might some day pay off.

Remember, this whole thing existed because of problems with Florida heat, so surrounding the perimeter on all sides were these awful metal cage fans, circulating the stale air of a few hundred sweaty tourists, some of whom had to sit on the scratchy astro turf because there were not enough chairs.  Birds flew to and fro overhead (though not too far overhead; this was not a very tall tent) while bare metal speaker stands blasted out the narration.  I couldn’t make this stuff up.  Nor would I want to.

I only saw this revival tent version of Flights of Wonder once, and then thankfully the Caravan Stage re-emerged from its rehab.  But I’ve never been able to shake the memory of this experience, so blatantly awful, so un-Disneyfied.  I think I have a picture of it around here somewhere, but my attempts to find it have turned up nothing.  Maybe the hideousness of it scarred my camera lens.  If you remember seeing the show, or maybe even have a picture of it, feel free to drop us a comment and commiserate with us.

And always remember:  When it comes to Disney World, Tents Are Bad.

This post is part of the Disney Blog Carnival. Head over there to see more great Disney-related posts and articles.