Camping sucks. You may catch poison ivy, be ravaged by malaria-riddled mosquitoes, or get mauled by a rabid squirrel all the while avoiding molestation by marauding hill-folk. Michael Eisner even wrote a book called “Camp” and you know that can’t be good. 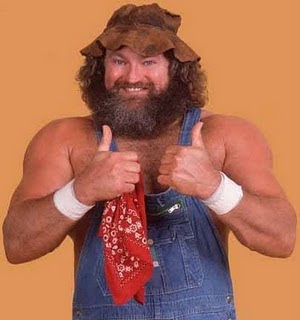 Where is the fun in eating canned meat and sleeping on the ground in a mite-filled sack protected from the elements by nothing more than a flimsy tent?

Come to think about it tents are what really suck.  I mean a luxurious cabin, a roaring fire, and a comfy bed… I can deal with that.  But tents! Nothing good has ever come from a tent.  Lets see:
• Used car extravaganzas; high-pressure sales, low quality product… I’ll pass.
• Side Show geeks; guys nailing stuff into their faces or a bearded two-headed lady, interesting but no thanks.
• Fried Twinkies wrapped in bacon and served on a stick at the state fair… tempting but with state fairs come port-a-potties, so no. 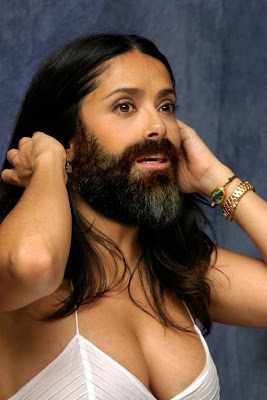 Um well… maybe not so bad after all.
Yeah, any way you look at it tents are not something to strive for.  When you think of successful structures that stand the test of time, words like “rock solid,” “stable,” “secure,” and “durable” come to mind.  Tents on the other hand suggest “temporary,” “fleeting,” “fragile,” and “frail”… not what you would think mega corporations are shooting for. So why then is Disney obsessed with tents? 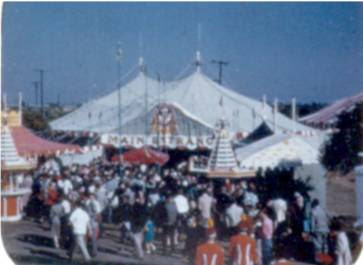 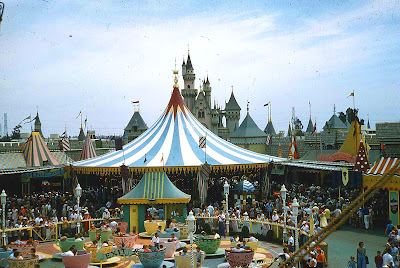 Just remember, it all started with a tent.

Disneyland opened with a tent filled Fantsayland as well. It is not what Walt wanted, but he had limited financing, limited resources, and limited time.  These guys were making this stuff up as they went along and though Walt wanted a storybook setting for Fantasyland, he settled for a tent city.  Over time these structures were upgraded and improved, eventually being totally replaced in 1983, when Tony Baxter oversaw the installation of a new Fantasyland. The tents were out, replaced with beautiful recreations of European villages.  Garish tents swapped out for stone and brick: a win-win situation. 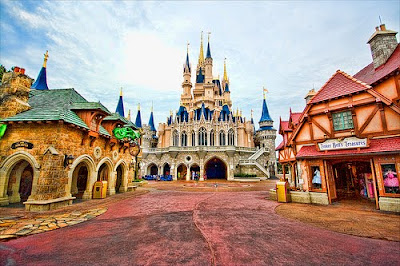 You know where you can put that stupid tent of yours?
When Baxter was tasked with overseeing the creation of Disneyland Paris he knew better than to look towards tents.  He is clearly an anti-tent kind of guy and therefore the European Fantasyland is the most beautiful of them all.  No inflatable structures here, no tarps or pup tents, just a wonderfully detailed, exquisite, and very solidly built village full of whimsy and charm. 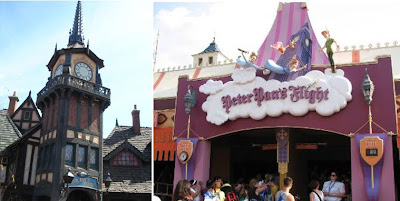 Which do you prefer?
When Walt Disney World opened tents were still in vogue and thus kicked off a long and unfortunate history of tents plaguing the Florida property.  Worst of all, many of these tents were slated to be “temporary” but managed to become permanent fixtures somewhere along the way. 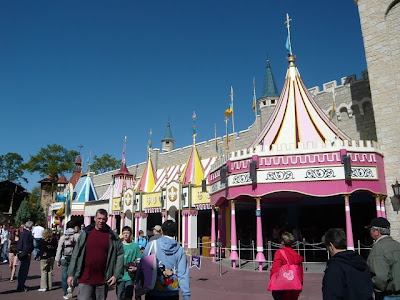 Barbie’s Dream Tent ©1971 Mattel
The East coast Fantasyland is stuck with a tent-inspired medieval fair theme, with only a smattering of more themed structures oddly mixed in. Did they even have tents in the middle ages or is this some sort of tribute to renaissance fairs?  I don’t know but I do know that the tents stink. 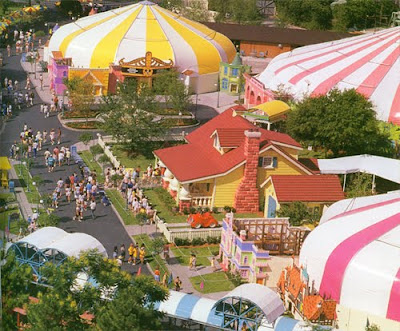 The most notorious example of a tent debacle would be Mickey’s Birthdayland, the tent filled train wreck thrown together to celebrate Mickey Mouse’s 60th birthday in 1988. Perhaps the tents could be forgiven, I mean this was just for one season, a year tops, right?  It was a cutesy promotion, Imagineering was not even involved, and the garish tents would soon come down, only they didn’t.  Rather Mickey’s Birthdayland begat Mickey’s Starland in 1990 that in turn begat Mickey’s Toontown Fair in 1996. 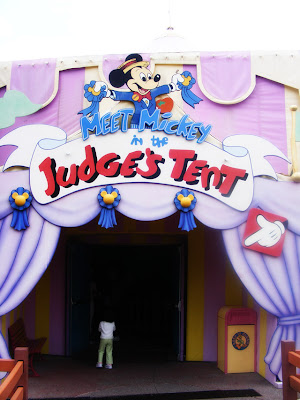 Stunning in its intricate detailing and obvious care.

Apparently people dig meeting costumed theater majors in inflatable tents… I don’t know why Cheese Whiz is popular either but Mickey’s Toontown Fair — tents and all — has stood in one form or another for the past 22 years. Not exactly temporary after all. 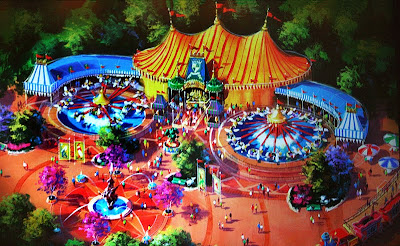 Look out Harry Potter… we are bringing the BIG tents to this fight!

But now word has come of the exciting new Fantasyland project; a massive re-imagining of most of Fantasyland… bye-bye tents!!!  Only no… not only are the tent facades staying put for most of Fantasyland, but they are actually adding more tents!  Dumbo, now doubled in size, gets his very own big top.  A gaudy striped affair that to be generous does replace the current tents in Toontown Fair… but that is like getting punched in the face instead of kicked in the groin… I’m not sure that there is a winner in either case. 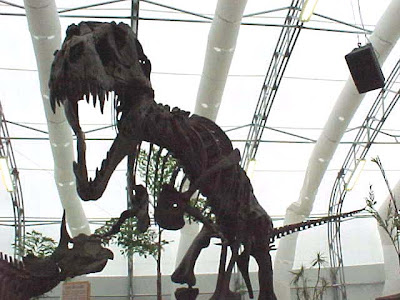 Look at the authentic environmental details. 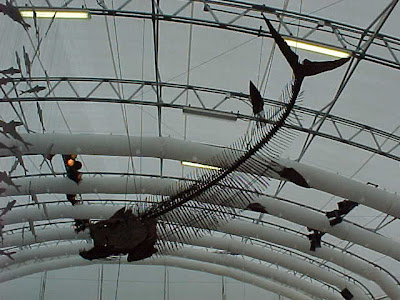 Yes, this really was in a major Disney theme park.
More recently we had the big Dino Jubilee at Disney’s Animal Kingdom.  This was a mega tent-a-palooza that opened along with the park in 1998.  It was a large white tent that held various museum exhibits of replica dino bones and skeletons.  They even prepared some actual T-Rex bones known as Sue (the most complete T-Rex ever found) for eventual display at Chicago’s Field Museum.  A replica of Sue can still be found at Animal Kingdom and oddly enough the real Sue in Chicago is now accompanied by a Disney-like, well OK Universal-like… well maybe more like a T-Rex-Café-like animatronic recreation of her.

The fake Sue and the real Sue.

Fortunately it actually was somewhat temporary, one of the few Disney tents to not become a very long-term fixture, sadly when it closed it was replaced by Dino-Rama… if only we could tent that baby off. 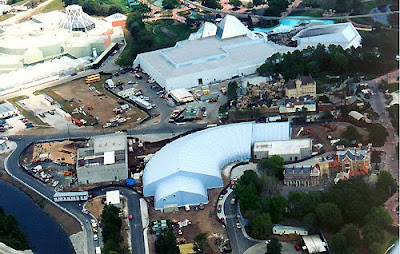 Zombie – Proofed for your safety.
Apparently the Jubilee was such a smash success that Disney quickly built another giant tent, this one even bigger and of course still in place to this day:  the Millennium Village pavilion, hastily built to celebrate the turn of the millennium (or perhaps house all the stunned, homeless zombies after the millennium bug killed us all) in Epcot’s World Showcase. 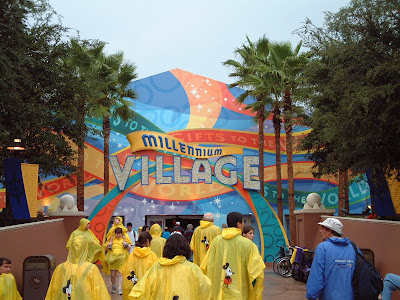 The mindless un-dead head for cover.

It may have a little flat facade on it but make no mistake, it’s a tent… a giant tent that curves around the back of the U.K pavilion and actually takes up parts of TWO expansion pads at the park.  Today it is used for corporate affairs or perhaps the wedding of Lady Gaga to Robert Pattinson or some other similar event of major importance. 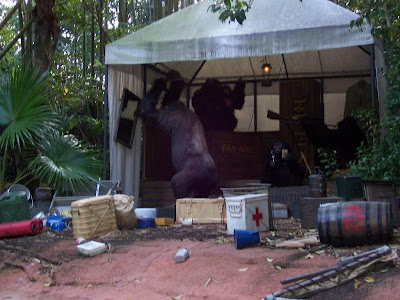 I can deal with this.

Disney tents have been used to house numerous shows and events, they have been part of actual attractions, and people have pitched tents and camped at Walt Disney World since opening day. 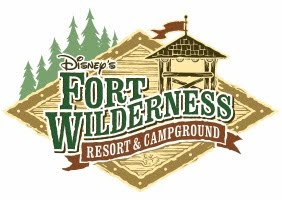 Calling it a “resort” isn’t fooling anyone guys…
In fact of all the many Disney tents only a decidedly NON Disney production really fits in a tent, and ironically the beautiful Cirque Du Soleil tent at Downtown Disney is not truly a tent at all, but rather a permanent building pretending to be a temporary tent… quite a turn of events from the Disney norm. 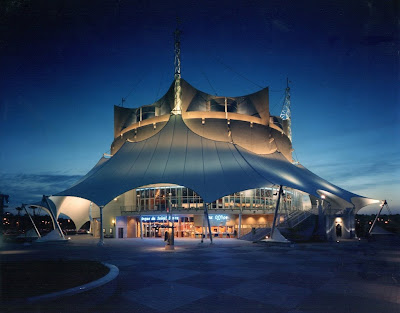 NOT a tent, but beautiful for sure.