It’s inescapable.  At some point in your life as a Disney Fan, you will bump into Captain Contrarian.  You know this character.  He is very easy to recognize.  He is the Uncle or Lab Partner or Friend-of-a-Friend who latches on to the fact that you like Disney stuff, and then proceeds to tell you how much better Universal and Looney Tunes are. 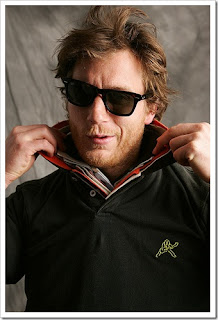 Captain Contrarian may be wearing sunglasses when he meets you, and he sometimes sprinkles his language with hip and edgy phrases like “Universal is da bomb” and “Disney is so wack.”  Being a Disney fan, you will not be able to match his coolness factor, so it is best not to try.

Captain Contrarian will attempt to mock the Disney thrill rides by comparing them to mega coasters at Cedar Point.  He will be the guy that still thinks jokes about Small World’s theme song are funny.  He will often make references to “that giant golf ball” just to get a rise out of you. 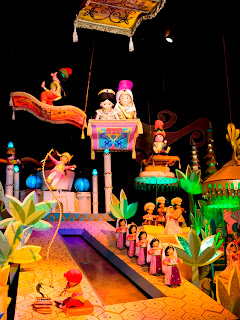 Eventually, he will tell you that Bugs Bunny is “way more edgy and funny than Mickey Mouse.”  At this point, he will probably also make a rat reference, because Captain Contrarian thinks that this sort of clever rodent comparison has never been made before.

For some reason, Captain Contrarian is really hung up on Bugs Bunny.  Looney Tunes in general, but mostly Bugs.  You would think the guy spends his weekends studying up on classics like Barber of Seville and saying “What’s Up, Doc?” to his mom every time she visits his basement apartment. 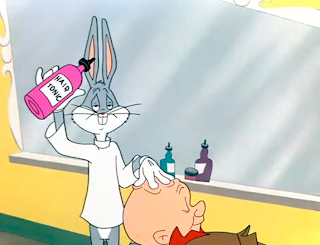 Welcome to my shop. Let me cut your mop.  Let me shave your crop.  Daintily.

“Everyone knows,” Captain Contrarian will say, “that Mel Blanc is a genius.  He wouldn’t be caught dead doing that baby Disney stuff.  With that Winnie the Pooh Bear, ha ha” — Captain Contrarian will emphasize the word Pooh as a biting reminder of its other meaning — “and boring characters like Donald Duck who doesn’t even wear pants.”

You are advised not to point out that Bugs Bunny wears no clothes at all, since logic does not apply in these conversations.  In fact, there is simply no retort to this clown.  The easiest thing to do is let him prattle on about how much of a baby you are until he finally gets tired and goes off to his job at Burger King.  Under no circumstances should you engage in a debate about theming.  Captain Contrarian, in spite of his flamboyant outfit, does not grasp this concept, and may reply with a nonsensical phrase like “the theme is ‘fun’.” 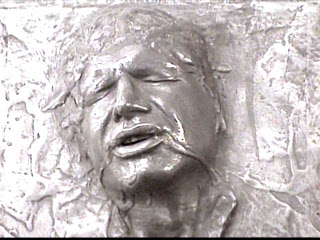 Also be on the lookout for up-to-the-minute urban legends regarding “Walt’s Frozen Head.”

However, if it makes you feel any better deep down inside, Mel Blanc — renowned voice actor who essentially created Bugs Bunny as well as many other classic Looney Tunes characters — did not shun Disney completely.  In fact, he has a minor but memorable role in the Magic Kingdom, having stepped in as a personal favor to Walt.  He appears in a classic attraction, and always gets the biggest laugh.

The attraction has seen many changes over the years, and the principle characters have all been re-recorded since the ride’s debut.  Mel’s voice is the only original dialog that remains.  The character appears briefly in the ride, but is off-screen when Mel finally talks.  To hear him, just venture over to Tomorrowland.

Yes, it may look like Cousin Orville in the bathtub in the Carousel of Progress, but that voice is pure Bugs Bunny. 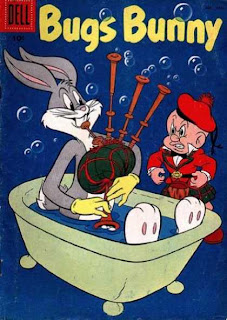