Or, The Bizarre Bazaar:  How I Spent My Vacation Researching Morbid Death Camps.

It’s always such a chore picking post headlines here in the Parkeology offices.  I always like the funny, alliterative ones, but they usually aren’t very descriptive.  Wouldn’t it be great if Adventureland’s Agrabah Bazaar sold brassieres?  That would be a headline I couldn’t pass up. 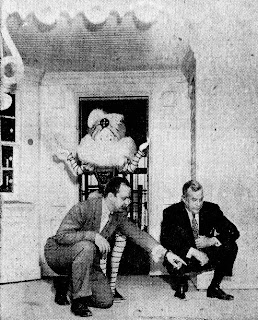 Disneyland once had a mechanical Wizard of Bras in an Intimate Apparel shop on Main Street.  Stupid parkeology joke?  No!  Theme Park FACT!

Anyway… Today, boys and girls, we’re going to talk about the rosy, rainbows-and-unicorns topic of slave labor penal colonies, which is the highlight of anyone’s day.  I’m sure the first picture that popped into your head was the Magic Kingdom — and you’d be right, because it’s just cruel to make people wear this in the middle of August in Central Florida: 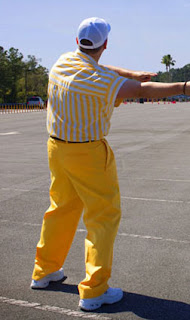 Actually, it’s just cruel to make people wear this anywhere, at any time, in public.

But enough about the Costuming department.  No, the real discussion centers around the Magic Kingdom’s hidden link to Star Trek VI.  For those of you who are not Trekkers (hard core Star Trek fans) or Trekkies (what Star Trek fans used to be called, before they became cool), Star Trek VI is the sort-of-okay one after the awful Kirk-Spock-And-McCoy-Sing-Row-Row-Row-Your-Boat-While-Camping one, and before the Next Generation cast took over and killed Kirk in the stupidest manner possible.

None of that really matters.  What matters is that Star Trek VI features a Klingon penal colony called Rura Penthe, from which no man has ever escaped! 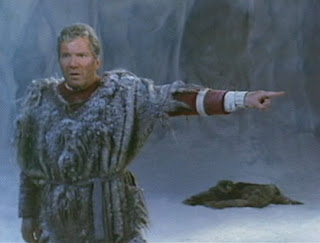 The real Wizard of Bras.

Rura Penthe is a frozen planet, and of course Kirk and McCoy are sentenced there to die and starve and freeze and mine ore.  Basically they escape, which is a big deal, because as I’ve said before, no man has ever escaped from Rura Penthe! 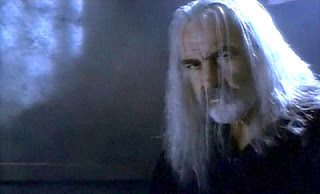 Except for Sean Connery

By now you’re wondering what the Disney connection is (and you’re hoping that it has nothing to do with The Rock).  But give the Star Trek VI screenwriters some credit.  They’re a literary bunch.  And they stole from paid tribute to a classic Disney movie when they dreamed up this scary Klingon prison camp from which no man has ever escaped!

The slave colony of Rura Penthe actually comes from the 1954 film 20,000 Leagues Under the Sea.  (some say it came from the novelization of the movie by Jules Verne, but whatever).  In fact, this slave camp is sort of the reason why anything happens in the movie.  We never really see it, but Captain Nemo testifies that all of his rage against the evils of modern society stems from that one wretched colony.  It crystalizes his whole misguided plan.  And it is up to Nicholas Cage and Sean Connery to sneak back onto the Nautilus and try to stop him. 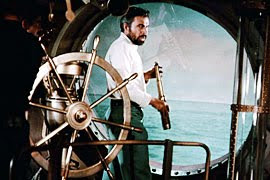 “I tell you, that entire colony is evil!  Did you see those yellow pants they make you wear?!”

Now that we’ve finally established a Disney connection, let me tell you what all this has to do with cremation.

Yes, you heard me.  Cremation. That’s what happens to those who die on Rura Penthe.  And Adventureland apparently thinks this is the height of hilarity, because they incorporated one of those classic Disney name puns along with the in-joke reference to Rura Penthe right into the Agrabah Bazaar.

It’s not easy to find, and darn near impossible to see even when you’re standing there.  As part of the theming of the shop, there are several pots and baskets and things sitting way up high on some shelves.  Many of them are tagged, and the tags are too far away to read when you’re there.  It wasn’t until I snapped a picture and looked at it zoomed in on my computer that I could finally figure out what it was.  I had originally thought that the tag had deteriorated in the Florida weather, due to its charred look.

Turns out that was just part of the joke. 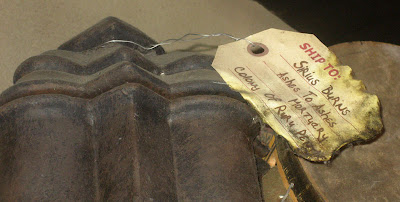