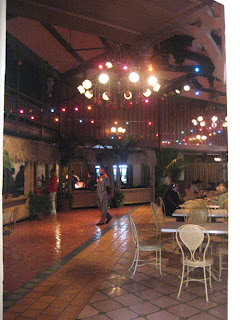 Crowds have been extremely high this holiday season, and one of the byproducts of the crushing masses is that Disney will occasionally get desperate enough to open up areas that were previously off-limits.  By sheer chance, I had the opportunity to set foot in one of the Magic Kingdom’s oldest and most dormant spaces yesterday.


As any Disney parkeologist will tell you, the Adventureland Veranda was a quick service establishment in the heart of the jungle.  El Pirata Y El Parico may have catered to the Pirates crowds, but the Veranda was a quiet affair, set in the steamy shadows of the Swiss Family Treehouse.  It once served Asian-inspired fare, but it has been shuttered for more than a decade, wasting away behind a long stretch of Adventureland facades.


Apparently in an effort to deal with the crowds, the Disney Foods department had the space open for something called “Adventureland Refreshments” — basically just a cash register with some cold sandwiches and fruit, and some indoor tables (which were thankfully sheltered from the sudden chill that has come through lately).  Unfortunately my camera battery was dying just as I was taking these pics (click to see larger versions), but I did manage a few shots of the Veranda, still in perfectly good condition.  Enjoy it while it lasts.  After the crowds disappear, it’s likely that so will this opportunity.


P.S. I’m not sure what the Snowman backdrop is for.  I think they might use this space for the Very Merry Christmas Party as a Character greeting area, so that’s my guess.  I know they use the building for the Halloween party also. 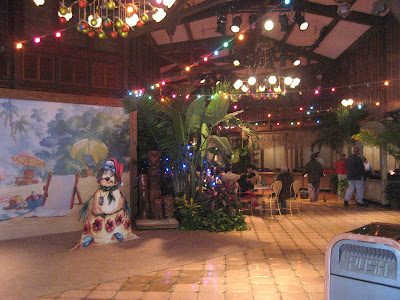 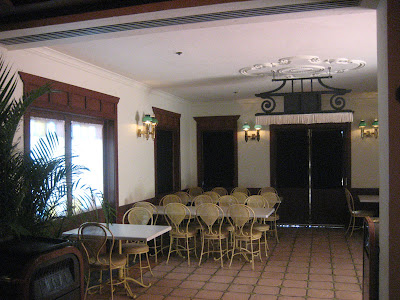 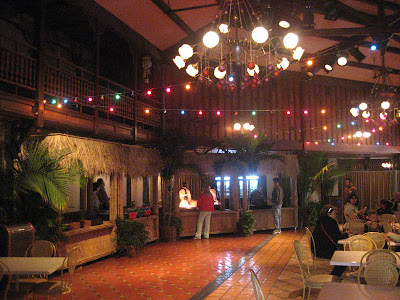