The sharp folks in the Disney Merchandise department have recently revealed a hidden storyline in Expedition Everest:  Legend of the Forbidden Mountain: Curse of the Black Pearl: The Ride: Part I. 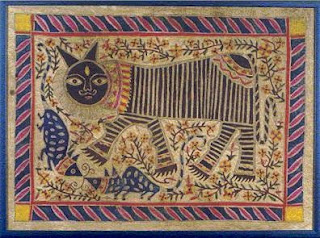 After scouring a library of Imagineering documentation, Merchandising has unearthed a subplot that has somehow made it past all these internet fan sites undetected.  It is pretty harrowing stuff, and I have no doubt after you learn of this, you will see Everest in a whole new light.

Everyone knows the basics:  The mythological creature called The Yeti roams the mountains, preying on unsuspecting steam trains — just like Jesse James, only smellier.  But you don’t know that the Yeti is a great lover of animals himself, and he just happens to have a wubbable wittle kitten that can’t be tamed. 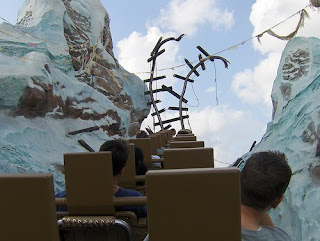 What happens when you leave a kitten alone for a day at the Rooftop of the World.

The Yeti does not have the heart to declaw him.  That would be cruel.  Plus, the adorable little thing follows him around all day long, smooching up against his leg, mewing to be cuddled.  If you listen closely during the time the coaster does its track switch, you can hear the tiny creature purring in the bowels of the mountain. 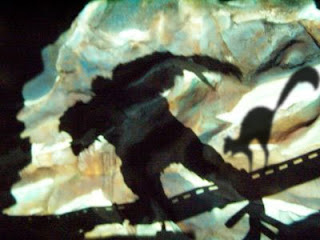 From what I can gather, the original Everest concept was to follow around the life of a standard kitten in Nepal:  Several extended sequences of sleeping in the sun, punctuated by terrifying moments where the kitten lunges out at you and attacks your socks.  Eventually they added the character of the yeti, to help tone down some of the more realistic kitten sequences. 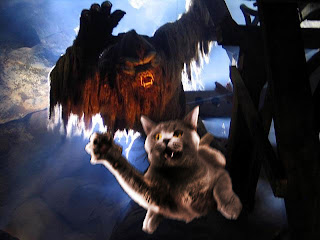 Or maybe I’m just reading too much into it.  Maybe there never was a kitten storyline.  But I think Merchandising is on to something.  After all, I was just passing Everest the other day, browsing the Merch cart right outside.  There were the usual yeti t-shirts, yeti beach towels, stuffed yetis, yeti pudding.  But how else can you explain this?: 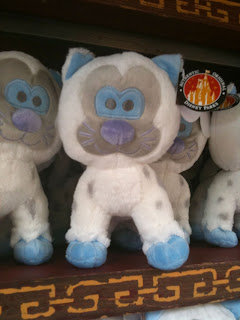