Nothing says that the world is tiny like a giant, soaring 120 foot tower.  If it was still around today, it would be the second tallest structure in the Magic Kingdom, but of course it’s gone.  Pepsi Co isn’t even the sponsor of “it’s a small world” anymore.  That honor is reserved for the Daisy Air Rifle Company.

Yet there was a time when this sat right outside the attraction, with stroller parking underneath and Skyway buckets constantly bumping into it.  At least, they would have if this had been at Disney World.  The Tower of the Four Winds was designed for a classic Disney attraction, but never appeared inside a Disney theme park.  It was exclusive to the 1964 World’s Fair.

Imagineer Rolly Crump designed it.  All the little doo-dads and whirligigs on it would spin in the wind (hence the name).  Adults found it visually arresting.  Infants couldn’t take their eyes off it.  If it were around today, it would be part of some politician’s energy policy. 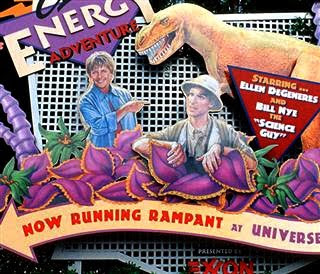 The tower has an interesting history.  It was highlighted as part of the Wonderful World of Disney, in a show entitled “Disneyland Goes to the World’s Fair.”  In the episode, Rolly showed a model of the Tower to Walt.  A careful examination of the model reveals that the tower as built was much less fanciful  than its original design, but compensated with additional flywheels and the like. 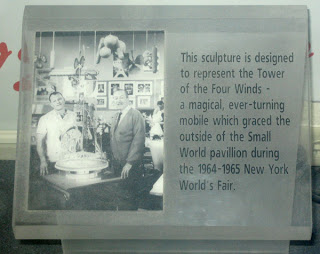 When “it’s a small world” moved to Disneyland after the Fair, the Tower didn’t get packed up.  A whole new facade was designed for Disneyland’s version of the attraction, with only a hint of the windspinners remaining.  Disney World got a clone in 1971, but there was still no room for the tower (nor, for that matter, was their room for Disneyland’s elaborate facade).  The Magic Kingdom version was forced to make due with the medieval tournament theme that still prevails to this day.  The tower was melted into liquid state, purified of caffeine, and bottled up for consumers as the ill-fated product Pepsi Free.

So if the tower never made it to the parks, why are we discussing it in parkeology?  Maybe because the tower really is out there, waiting to be discovered.  You just have to think small. 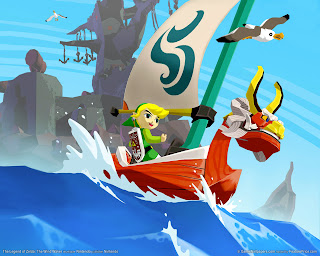 As opposed to thinking of hard-to-get “wind” references.

Ever notice how the official title of the attraction doesn’t contain capital letters?  It’s true.  Check any of the park literature, signage, or guide maps.  The ride is always referred to as “it’s a small world.”  Presumably this is to emphasize the themes of smallness, closeness, and togetherness.  The only time I’ve ever seen it capitalized is when referring to the song title.  Some songbooks list the Sherman Brothers’ classic as “It’s a Small World.”

In that spirit of smallness, take a stroll over to the Contemporary Resort Hotel.  Visit the Grand Canyon Concourse and locate the bank of elevators next to the monorail station.  In a glass enclosure opposite the elevators, you’ll find the original model of the Tower of the Four Winds, just as it looked on that TV episode in 1964 (except it’s in color).  That’s a nice little slice of history for a resort that claims to be Contemporary. 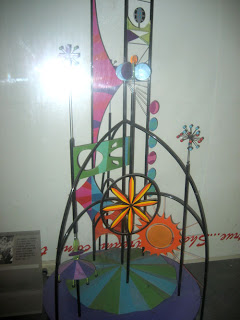