Before you even step under the train station and enter the Magic Kingdom, the stage is set.  The magic is all around you, starting with the breezy palms on the shore of the Seven Seas Lagoon, progressing to a floral Mickey head just beyond the gate, and culminating in a breathtaking search of your personal belongings by an 87-year-old security guard who may or may not care that you’re hiding a .44 Magnum under your camera. 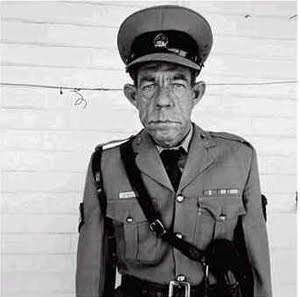 To get you in the mood for a magical adventure, Disney must use all the tricks in its toolbox.  Contrary to popular belief, Kevin Federline is not the biggest tool around.  No, it’s something called the “Background Loop.”  You have probably heard of this.  It’s simply a playlist of songs that repeat ad infinitum over the park’s area speakers, as if Disney World had a DJ with short term memory loss. 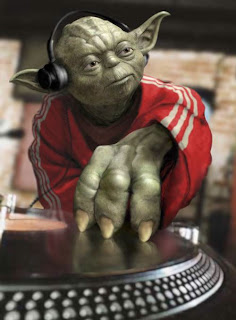 All the lands have their own loops.  Appropriately enough, Frontierland’s loop has western songs.  Toontown Fair has classic cartoon music.  Hollywood Studios has stirring musical scores.  The Richard Petty Speedway is non-stop Barry Manilow.  Even the Transportation and Ticket Center has a background loop, which happens to be the exact same track list that plays outside of the Magic Kingdom’s gate (once you set foot on Main Street, it is All-Music-Man-All-The-Time).

As you might expect, the TTC / Magic Kingdom Gate loop is a collection of Disney songs that reflect the tones of the Magic Kingdom.  29 tracks in all, with a complete list found here. You have songs from the animated classics (Heigh Ho, Colors of the Wind, Be Our Guest), you have songs from the parks (Yo Ho, It’s a Small World), and you have songs that crossover into both (Zip A Dee Doo Dah).  Each and every song can be traced back to a Disney movie or ride.

All except for this little guy. He’s an iguanadon, and I’m convinced he is the key to understanding these amazing creatures.  I tagged him with a locator during an “unuathorized” field trip, otherwise … sorry, got confused there.  This is Yoda.

Did I say there were 29 Disney tracks on the loop?  Well, I’m wrong.  It’s 28 Disney tracks, plus one Yoda track.  It’s kind of odd, but right after a silly old bear gets done singing about how he’s a little black rain cloud, the theme song for the baddest Jedi this side of Coruscant comes blasting out of the speakers. 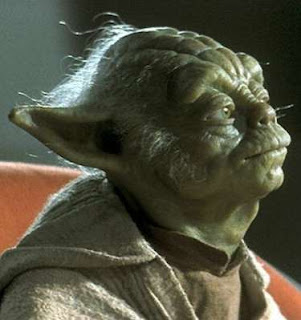 According to the various publications of the music loops, this track is from a Tokyo Disneyland CD, called “The Disney Gallery Commemorative Exhibition Imagineering the Dream” (that’s quite a mouthful, especially in Japanese).  I can’t verify this, because I don’t live in Tokyo, but this CD is now on my wish list because it is part of a set celebrating Tokyo Disneyland’s 15th anniversary.

Anybody who loves Empire Strikes Back will recognize this song in a heartbeat.  It’s Yoda’s theme song all the way, a haunting and uplifting melody that embraces the Force and teaches young Skywalker that there is more to life than whining about farming and kissing your sister.  You can catch a little snippet of it from amazon. 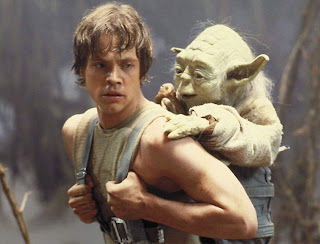 “But how will I know the good rides from the bad?”  “At Universal are all the bad rides.”

But what is it doing on the Magic Kingdom’s background loop?  If this was Disneyland or Tokyo Disneyland, maybe we could almost understand.  Star Tours appears in both of those parks, so it would be kind-of sort-of okay to have a Star Wars music queue playing at the gate.  But then again, Yoda has no presence in Star Tours, so it’s an odd choice no matter what.

The only logical explanation is that Disney movies have a dearth of space-age themes to represent Tomorrowland.  Toontown Fair and Fantasyland?  Yeah, they can cover that.  Frontierland, check.  Adventureland, check.  But unless they’re going to bust out a masterpiece score from The Black Hole or maybe fire up some of those memorable songs from Treasure Planet, they’re out of luck on the futuristic stuff.

So it’s Yoda to the rescue once again, just like how he bailed out Dead Ben Kenobi by training the last Jedi.  If they’re gonna stick geriatrics at the bag check line, they could do far worse than the 900-year-old little green guy. 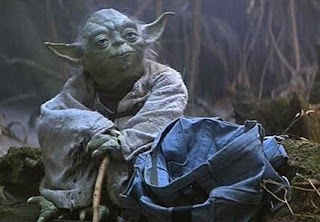