Anyone who reads this blog long enough to get past the repetitive John Muir jokes and the poorly concealed Tony Baxter man-crush knows we have a true love of Walt Disney World’s simpler time. Nothing symbolizes this more than the old House of Magic shop on Main Street (now part of Goofy’s Plush-o-rama and Magical T-Shirt Dream Factory). 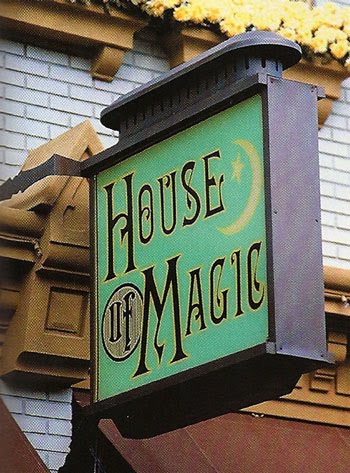 Okay, it’s just totally implausible that a star could be in front of the moon.

This was the original magic store, long before Olivander’s took over the throne at Universal. It may not have had an intellectual property tie-in, and lacked the hour-long waits to browse, but it represented the nostalgic, innocent playfulness of Magic Kingdom’s early years. It was an entire retail space devoted to corny gags, slight-of-hand, and caged man-eating tigers, complete with flamboyant capes and 70s-punk purple wigs.

I’m not sure why it existed in the first place. Despite its name, did anyone really think the Magic Kingdom was the go-to destination for budding magicians of the time? Were magic shops common on the streets of midwestern America at the turn of the century? It’s hard to think of a legitimate reason to tie up an entire retail space with card tricks and ghostly tops. It seems they just did it for the heck of it. I mean, who wouldn’t want to buy a whole bunch of top hats and gloves while on vacation? It was such an oddball concept, they went ahead and did it twice (Merlin’s Magic Shop used to occupy Sir Mickey’s).

Sadly, some genius in Merchandising figured out that tarot cards and levitating coins didn’t have the same souvenir appeal as a room full of Mickey shirts, and the House of Magic disappeared from Main Street, replaced by the Athletic Club, which sells pajamas and purses.

Today I really just want to pay tribute to the tribute. If you go to Disney World today, you can still find the House of Magic if you look hard enough. I’m breaking rank with the magicians by giving away the secret, but I think you’ll find it obvious (like most magic tricks), once I point it out. It involves a little bit of misdirection. The right hand waves frantically at the Main Street Athletic club, while the left hand cleverly conceals the House of Magic over in Disney’s Hollywood Studios. 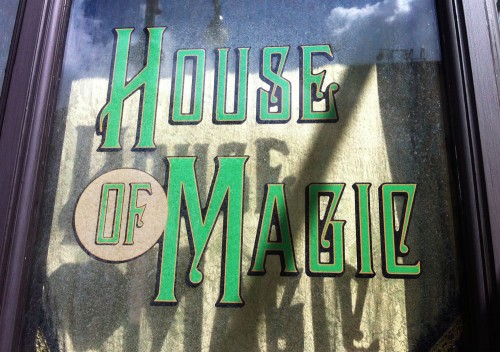 It’s been there for awhile, though I can’t tell you exactly how long. It’s out in broad daylight, claims it’s open for customers, and is perfectly willing to sell you all the exploding cigar tricks you can handle. You just have to know where it is.

The font on the sign isn’t an exact match, but it’s pretty darn close. It’s clear this is meant to be a tribute to the original Main Street House of Magic. Everyone pretty much ignores it completely. I’m sure they think it’s just part of the background — which is sort of correct, since the whole point of New York Street is to be a background. 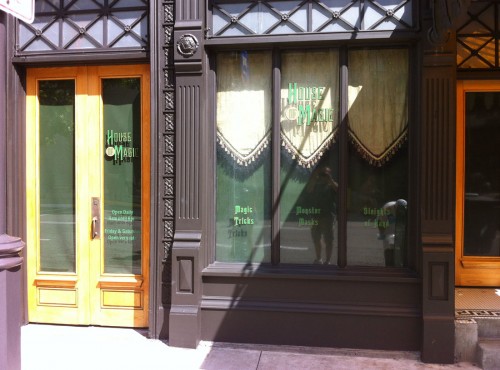 You’ve tried to go in some of those buildings, haven’t you? That’s the gag, that the whole street is just a facade. But I have it on good authority that the House of Magic is different. There’s a way in, and you won’t believe what’s inside. Nothing less than the most incredible magical experience on property. You just need to know the magic words. I’d tell you, but I’m not ready to unmask myself that much.