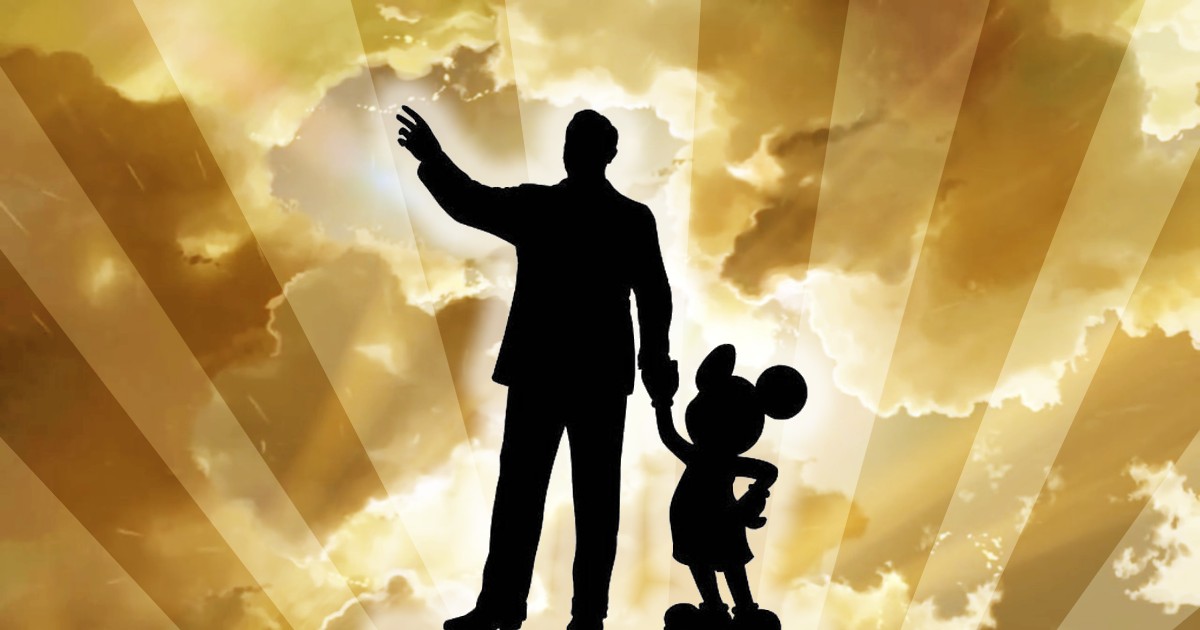 The year was 2010. In search of interesting content for his Disney World blog, a young, idealistic Parkeologist remembered a clever little movie called Mickey’s Audition that seemed like the perfect fit. It had all the hallmarks of a great Parkeology post: a long-lost attraction, a history that spanned multiple theme parks, and best of all, a direct connection to Walt Disney himself.

It contained nothing less than a cameo from beyond the grave. Walt died in 1966 — 5 years before Walt Disney World opened. But in 1991, he magically reappeared before our very eyes in a short video clip at the Disney MGM Studios. Just long enough to tug at our heartstrings as the man who discovered the famous mouse during Mickey’s Audition. There was just one problem.

All recorded proof had disappeared from the entire internet.

Sure, there were some oblique mentions of the film on sites like D23. A tiny IMDb entry. But the film itself fell into shadow. Not even a screen-grab remained. Parkeology took this post idea and shoved it into a drawer. For thus says Thomas in the Gospels, “Except shall I see the print of the nails in his hand, I will not believe.”

History become legend. Legend became myth. And some things which should not have been forgotten were lost.

Mickey’s Audition – Humble Beginnings for a Mouse and Movie

It wasn’t even supposed to be a real attraction. They used it for filler in one of the soundstages during the summer of 1991 at the Disney MGM Studios. It was a tongue-in-cheek (and oddly first-person point of view) trip down memory lane by Mickey Mouse himself. He spends the film recalling his early Hollywood days and how he finally landed the role that launched him to stardom.

Despite its temporary status, this little 5-minute film wasn’t lacking in budget. It was basically an excuse to string together some fading celebrity cameos. Comedy director Mel Brooks plays a caricature of a 1920s Hollywood auteur. Angela Lansbury turns up as Mickey’s assistant. Even Dom DeLuise (who as best I can tell built his entire career out of cameos) makes an appearance. Disney CEO Michael Eisner pops into Mickey’s office right at the end, bringing this whole nudge-nudge-wink-wink exercise to a fitting, very 1990s close.

But the real magic is the appearance of the boss man, the head honcho, the Big Cheese himself. No, not Mickey Mouse. Walt Disney. He witnesses Mickey’s audition, sees through the chaos, and recognizes a match made in heaven.

Walt appears on the soundstage backlit like an angel in the arc lamps. With a quick introduction and a warm handshake, he quickly orders his people to “Sign him up.” The rest, as they say, is history.

How did they do it? The long-dead former studio chief is back in the business as if he’s still hosting the Wonderful World of Color. Is this some sort of Hollywood special effects sorcery?

The answer, as it turns out, is not very complex at all. It uses a time-honored bit of Hollywood magic called nepotism.

In Mickey’s Audition, the part of Walt Disney was played by his real-life nephew Roy Edward Disney. Yes, the same Roy who saved the Disney Company in the mid-1980s by bringing in Michael Eisner. The same Roy Edward Disney who would spearhead the animation revival alongside Jeffrey Katzenberg, ushering in a new Golden Age. The very same Roy E. Disney (son of company co-founder Roy Oliver Disney) who would later turn against Michael Eisner in one more last-ditch attempt to correct the company’s course.

Imagineering is not above using family resemblance to solve a difficult challenge. When they had to find a replacement face for Madame Leota’s role in Haunted Mansion Holiday, Disney Imagineer Kim Irvine was tapped for the assignment. Her chief qualification? She’s the daughter of Leota Toombs, who played the original floating head back in the 1960s. Such seems to be the case with Roy E. Disney’s appearance in Mickey’s Audition.

As a Walt sound-alike, Roy Edward Disney is more than passable. As a look-alike — especially shrouded in the harsh shadows of a studio soundstage — he’s a dead ringer for his uncle. His acting could use some work, but for a few brief moments, it’s like Walt is back with us for one more spin through theme park history.

The show at Disney MGM Studios didn’t last long. In a year or two, it was gone. But in 1994, the movie popped up again — this time at the Magic Kingdom. It had been retitled to Mickey’s Big Break and played at the Main Street Cinema for most of the decade.

In the late 1990s, the commercialization of Main Street U.S.A. reached its zenith. We lost Flower Street, the Magic Shop, the Penny Arcade, and eventually the Main Street Cinema itself. But Mickey’s Big Break still managed to cling to life. It relocated to the Town Square Theater to close out the millennium.

Then it vanished for two long decades.

And then suddenly, in the year of our Lord 2021 A.D. — Lo, did the internet stir from its long slumber. It sat up, stretched in its bed, and coughed up the missing footage.

The Return of Mickey’s Audition AKA Mickey’s Big Break

What are the odds that an obscure 5-minute short film from one of the most overlooked attractions in the Magic Kingdom would pop up twenty years later on YouTube? And not once, but twice!

Yet that’s exactly what happened. A second angle of the movie was also uploaded in 2021. The quality is not the best in either of these videos. Both seem to be shot from inside the attraction, with the camera recording what is being projected on screen. It comes with some shakiness and loss of quality.

But honestly, we’re happy to have anything at all. Both of the YouTubers responsible deserve to get some Likes for preserving this long-lost bit of history. And maybe it will prompt Disney to release a pristine version for Disney+.

Finally, because we all know that footage can sometimes disappear over time, here is our own little way of preserving Mickey’s Big Break. A screen-grab of Roy E. Disney as Walt to mark the end of this 10-year Parkeology journey. We hope the YouTubers won’t mind.