Note:  Make sure to read to the very end to discover a hidden secret in todays video!

The mid eighties represented a time of rebirth for the Walt Disney Company.  Newly minted CEO Michael Eisner woke up a sleeping giant and started a decade of exciting projects and growth.  The new movie Hot Tub Time Machine happens to send its stars back to 1986 the dawn of this exciting time in Disney history. 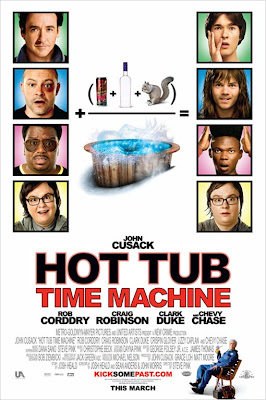 I decided to jump in the tub and shoot back to 1986 myself and I came back with a fun video that holds a lot of interest for the budding parkeologist.
Eisner came from a TV background and one of his earliest moves as Disney’s CEO was to beef up Disney’s presence on television.  A major aspect of this was the re-launch of the Disney Sunday movie, now to air on ABC (this was before Disney owned the network) with Eisner himself stepping into Walt’s shoes to act as the onscreen host. 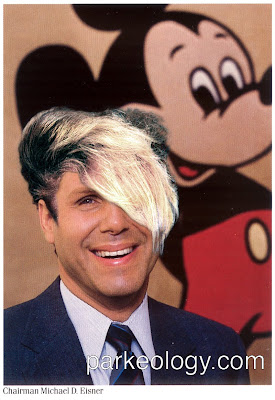 The tub has been heating up and is just right to take a dip… so ease on in and relax as we take a trip back to the Disney Sunday movie circa 1986.  I want you to look for the many references to early and mid 80’s Disney milestones featured in this intro.  Also hang around to watch Mike introduce Twenty Thousand Leagues Under The Sea while actually riding on a now defunct Walt Disney World sub.  The quality here is not great but hey we just went through time – give us a break!  When you get back we will break it down… have fun!
So how many totally rad like gag me with a spoon cool eighties Disney references did you catch?
First of all the whole intro has a very 80’s “futuristic” vibe going on.  Tron came out in 1982, check out the grid lines and glowing landscapes that look like they leapt right out of the movie.
The castle takes a huge backseat to the still new EPCOT Center (1982) and Spaceship Earth. 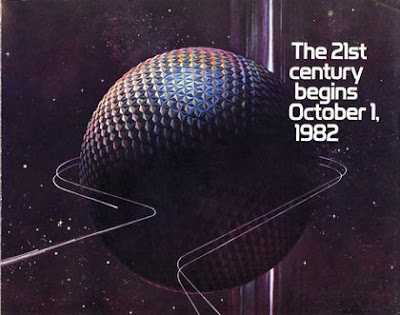 Dawn of a new Disney Era, followed shortly by the era of cheapness.
That cool Mickey satellite is part of the newly launched cable Disney Channel (1983). 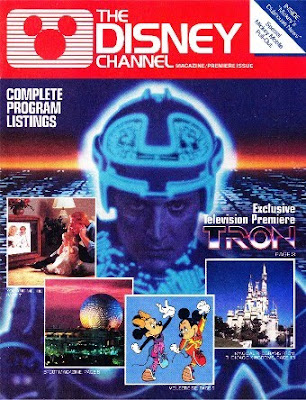 I wonder if they will ever make a sequel to Tron?  Nahhhh, what are the chances of that.
As the camera zooms back to earth we do not visit the traditional Disneyland but rather the newest Disney park, Tokyo Disneyland (1983)!

The beginning of the new standard.
Check out the montage of film clips, sure there are a few Disney classics (Fantasia, Peter Pan, Mary Poppins) but it relies much more on some of Disney’s eighties endeavors.  We see clips ranging from the forgettable made for TV movie “The Thanksgiving Promise” to the recently revived “Captain Eo”. 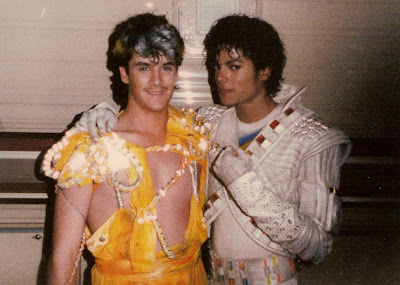 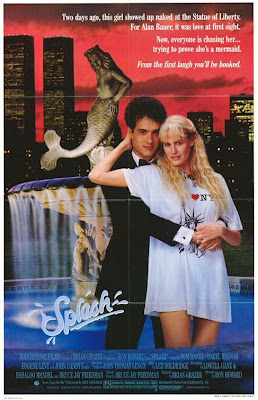 Any idea what movie the dancing mummy or chimps on motorcycles is from?  I’m not sure but chimps on motorcycles scream 80’s Disney for sure.
Of course we end on what Disney was hoping would be the great revival of it’s animation unit but turned out to be a disastrous failure both financially and creatively instead, “The Black Cauldron” (1985). 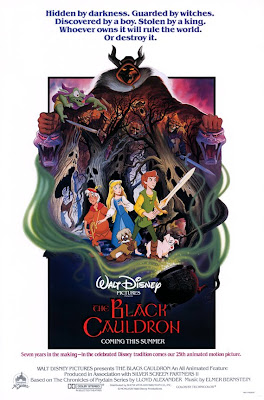 Hang in there, in a few more years a mermaid will save you.
On to the very un-80’s movie Eisner is introducing, “Twenty Thousand Leagues Under the Sea” (1954).  This is really interesting to me for two reasons:
1)    Check out the unique views of the 20K attraction.  They actually brought a huge camera crane into the park and boomed it out over the water to film Eisner as he rode the sub out into the lagoon.
2)  Here’s that secret I mentioned:
Notice how as the sub passes by there are four crewmen standing diligently on the back of the sub, well that strappingly handsome guy second from the right is me!  It’s pretty tough to see here in all it’s VHS recorded off of rabbit ears glory but I was riding that sub right along with Mike.  I was working at Disney in the mid 80’s and had the opportunity to do this fall into my lap, of course I jumped at the chance and as they say the rest is history, my first  brush with Eisner recorded for all time.
The tubs starting to cool down and we have to get back home, so until next time totally take a chill pill to the max dude, the 1980’s rule!