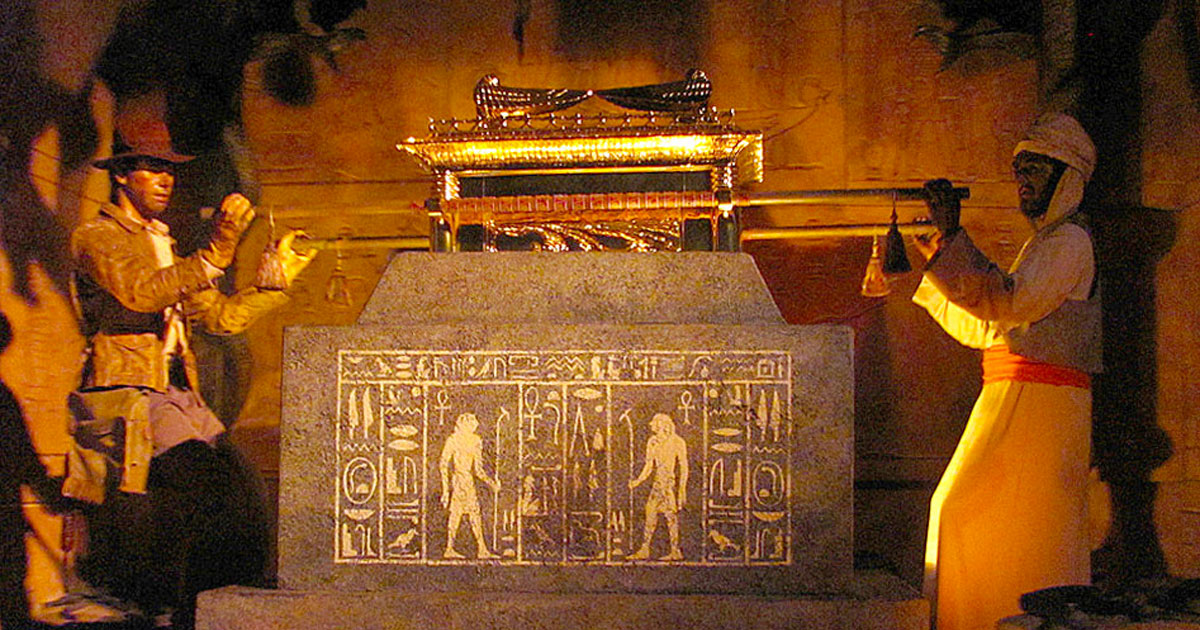 It is hard to be a bigger Indiana Jones geek than me. I’m not sure it’s possible. Raiders of the Lost Ark is my all time favorite movie. Unless I’m in an Empire Strikes Back mood. But no really, it’s Raiders. Today, at least.

As a true Indiana Jones fan, I possess secret knowledge that is apparently unavailable to the people in charge of things such as Imagineering great Disney attractions. For instance, I know for a fact that Temple of Doom is the second best Indy movie (you probably think it’s Last Crusade, but you’re wrong. I won’t hold it against you). I know that Karen Allen holds the distinction of being both the best (Raiders) and the worst (Crystal Skull) leading lady. I know that Belloq really did swallow a fly (google it). I don’t know why he swallowed a fly.

Indiana Jones is the greatest action hero of all time and it’s not even close. A lot of this is due to Harrison Ford, but you have to give solid credit to the costume. That costume is an icon. Go to any decent Halloween party, and I guarantee you will see at least two or three dudes wearing it. I think at the Magic Kingdom Not-So-Scary party, it’s probably the third most popular, behind (regrettably) Jack Sparrow and Other Random Pirate.

So it ticks me off to no end that the so-called geniuses who dreamt up the Great Movie Ride can manage to botch things for us true Indy fans. Take a look at this scene from the ride: 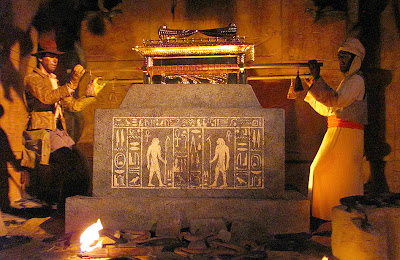 Now here’s the scene from the movie. Camera angle is reversed from the ride’s point-of-view, but the positions of Indy and Sallah are the same.

Spot the problem? It’s the whip! Indy’s trusty, iconic, never-leave-home-without-it whip! The ride gets scene-specific details right (such as Indy’s gloves, which only appear in a couple scenes), but his whip and ever-present shoulder satchel are on the wrong hip.

In the movies, Indy wears the whip and the satchel on his left hip, so the strap is on his right shoulder. His gun holster is always on the right hip. Indy is right handed, so he quick-draws from the right hip (to shoot random Arabs). He cross-draws his whip from his left hip, which makes sense, as it allows the whip to unfurl as he swings his arm back.

For some crazy reason, the Great Movie Ride gets the costume wrong. And in case you’re wondering whether Indy switches it up in the movie, he doesn’t.

Nor does he in Temple of Doom…

Or in Last Crusade…

Or in Kingdom of the Crystal Skull…

For that matter, his costume is correct in Temple of the Forbidden Eye out at Disneyland.

And it’s even right in the sign on the Indiana Jones Epic Stunt Spectacular, just scant yards from the Great Movie Ride! Though to be fair, the stunt performers might individually switch from left to right, depending on which is their dominant hand.

Is there any logical reason why GMR botched the costume? Maybe in the age of political correctness they were worried about showing the gun on Indy’s hip, but that seems ludicrous in a ride which includes a full-on gangland shootout and even your temporary tour guide is packing heat.

Or maybe they felt like the whip needed to be seen in order for people to be happy with Indiana Jones? But it’s barely seen anyway, since his jacket is covering part of it. It has to be an accident, right? But nevertheless, the fanboy in me is unreasonably offended.

It wouldn’t be the first time parkeology has caught Disney red-handed with hand problems. But this seems like an easy thing to correct. Hopefully somebody who works GMR will see this and pass the word on to the costuming people.