One of the cool things about doing this site is that there are so many other people out there who are just as weird and obsessed about crazy Walt Disney World stuff as we are. Also, they are apparently deranged pyromaniacs.
Our close personal friend Jess M. was kind enough to email some more pictures of vintage Walt Disney World matchbooks. Teevtee has already posted on two separate occasions (here and here) of his vast collection, but as you can see, even that was incomplete.
How about we start off with a little barbeque? 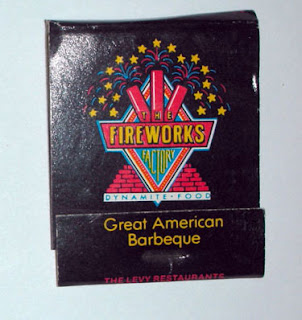 True park fans will remember this as the predecessor to Cinderella’s Royal Table, where all the princesses met in the top half of the castle during Fantasy in the Sky and enjoyed a barbeque feast of ribs, pulled pork, and beef brisket, complete with checkered table clothes, stained bibs, and all the sauce that’s fit for eatin’.
Or maybe it was a restaurant at Pleasure Island, I don’t know. 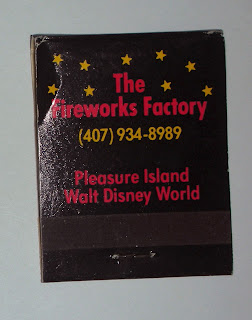 Or how about a cover from Disney’s third theme park? Everyone who’s anyone in Hollywood smokes. They also drink. And do drugs. We’re still waiting to get our hands on some vintage WDW drug paraphernalia. 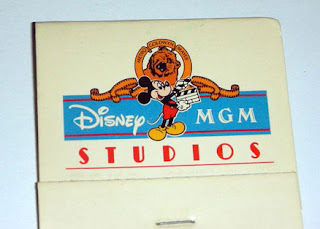 This next one has to be my favorite, from the Top of the World restaurant / dinner theater / bar / illegal gambling casino, high atop the Contemporary Resort. 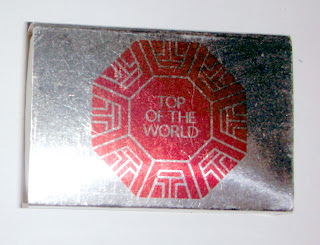 Is it just me, or is this evidence of the Dharma Initiative’s early involvement with the property? I’m telling you, Discovery Island is the same island from Lost. And if you believe the rumors, The Others still live there among the rotting boardwalks and a vast amount of bird dung.

I think we can now safely put the argument to rest as to which site provides you with the latest, greatest, hard hitting theme park matchbook news. And the internet heaves a vast sigh of relief.

Thanks again to Jess M. for the pictures!