One day Universal is the laughing stock of the theme park world, the next day they still are but now they have a really nicely done Harry Potter section.

Seriously, it is amazing how what was considered cool or socially acceptable one day is considered taboo the next. Remember riding in the back of a station wagon facing the wrong direction with no option of even seat belts so much car seats and air bags. Today if you saw that happening you would probably call social services and demand that the kids be taken away from those dreadful parents (at least you would if you had a bit of a superiority complex).
Smoking is the quintessential form of this. In the 50’s doctors used to endorse specific brands of cigarettes as being healthy. Just watch Mad Men to see how every man, woman and child smoked every waking moment in the 60’s. Smoking was still popular in the 70’s though maybe it was not always tobacco in those cigarettes.

Even through most of the 80’s smoking was socially acceptable… then the bottom fell out. Through the 90’s and on to today smoking in public is seriously looked down on. No more smoking sections on planes, fewer and smaller smoking sections even in bars. Many cities have in fact banned smoking in indoor spaces altogether forcing hard core smokers to huddle outside in the cold like homeless gentlemen gathered around a burning 50 gallon oil drum.
Disney is no different… Walt sadly smoked like a chimney, no doubt leading to his untimely demise. Smoking was omni-present in the parks as well. For most of their existence Disney allowed smoking throughout the parks, today they have designated and increasingly inconvenient smoking pens, corralling the unsavory sorts. What is maybe most amazing is that both Disneyland and The Magic Kingdom prominently featured tobacco shops on their respective Main Streets.
Customers of the Tabacco Shop could purchase pipes and tobacco from around the world, but cigars and cigarettes were also available (though the cigarettes were discreetly kept under the counter). The Disneyland shop stood from opening day in 1955 all the way to 1991 before being converted to a sports memorabilia shop and eventually a music shop. The wooden cigar store Indian still stands sentry even today, a reminder of what once was.
At Walt Disney World the Tobacconist shop closed sometime in 1985 though in all the parks smokes were still widely available for sale at less themed establishments. It was not until the 90’s that smoking started to be curtailed and limited.

This all leads us to what is now a lost part of the Disney park histories… themed match books.

While they do not approach the level of care and thought put into the famous attraction posters the fact is that many of the matchbooks and matchboxes were very well designed, special even. Virtually every restaurant and hotel had free matches waiting for patrons and even some generalized ones were produced for the parks as a whole or for a special season or event. 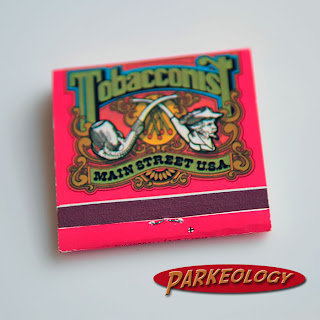 Disney was not trying to hide smoking, or encourage people not to do it, quite the contrary actually. While smoking was never allowed inside the attractions (save for the famous “Break Room of the Future” found in Tomorrowland) it was certainly allowed inside the restaurants and all of the outdoor areas of the parks and resorts. Hotel rooms had ashtrays within and at the entrances to every attraction stood a convenient place to snub out your butt. Smoking was futuristic at EPCOT Center, charming within Fantasyland and took on an international flair at each pavilion of World Showcase, which of course sold country specific brands.
Those matchbooks were easy to come by for sure, and like many of the best things you did not need to pay a cent to collect them. That is really what today’s entry is all about… the often beautiful and now lost for good designs of these books. Here is a part of my collection gathered in the early to mid 1980’s. It is interesting to note how many establishments are no longer there, then again it is equally interesting to see which ones have stood the test of time.

Lots of photos to follow, a record number in fact… enjoy. 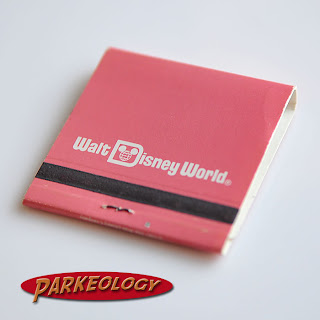 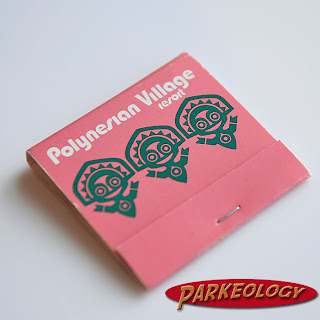 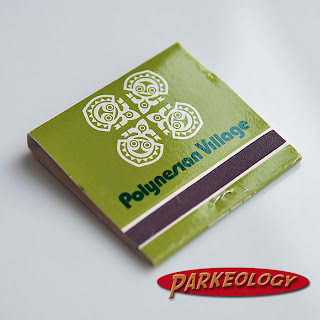 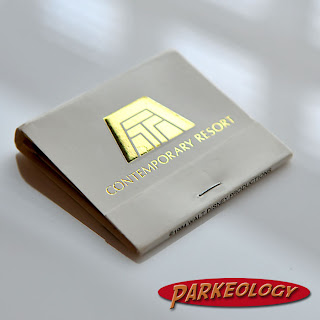 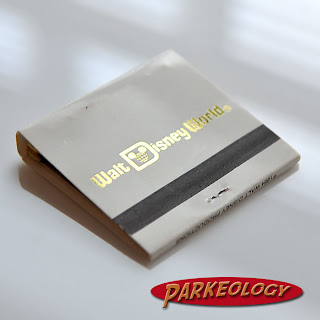 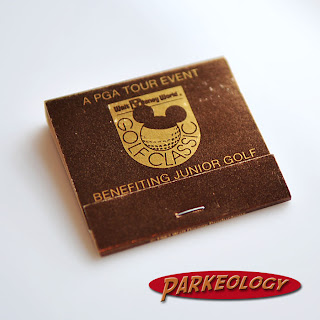 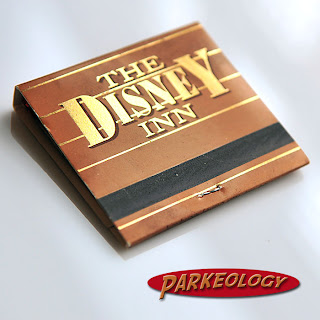 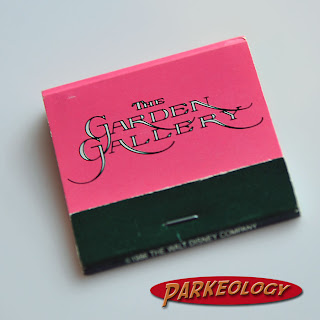 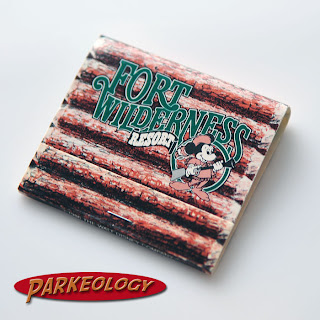 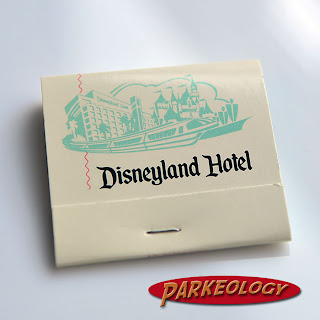 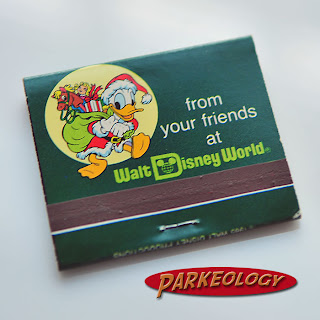 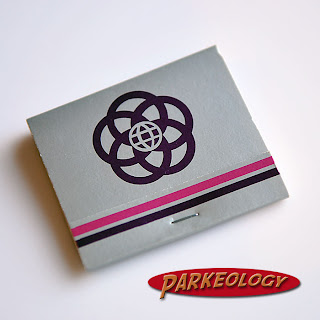 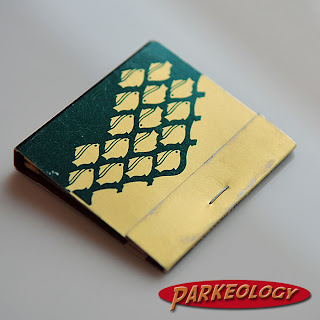 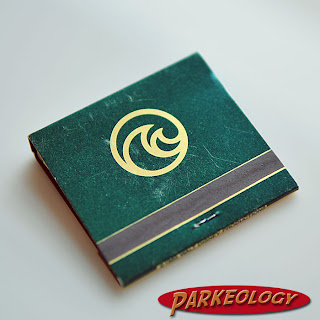 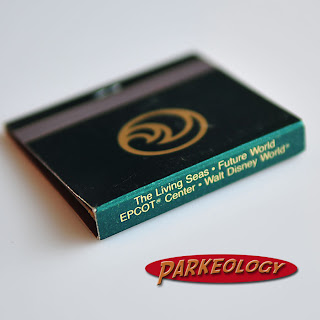 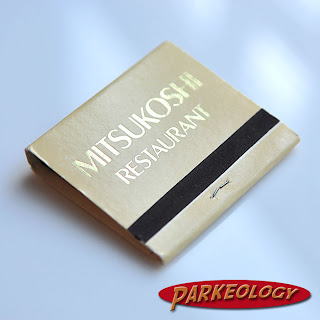 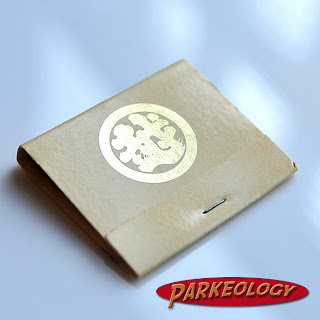 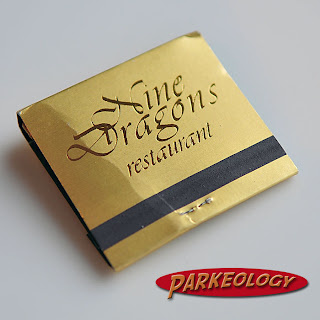 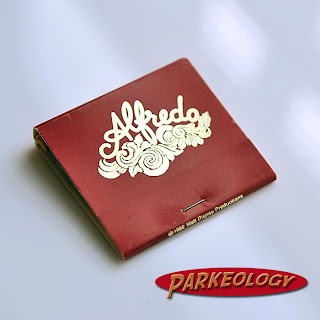 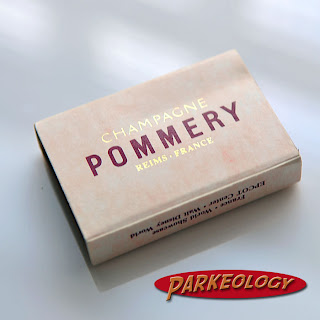 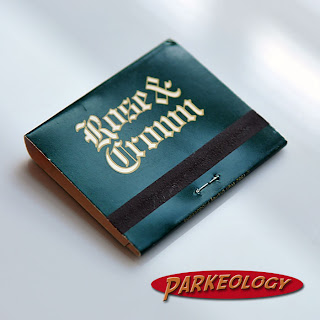 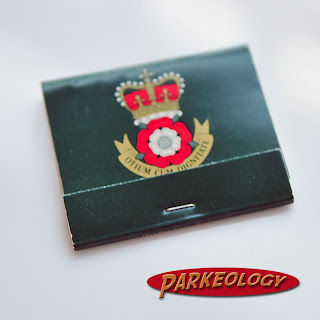 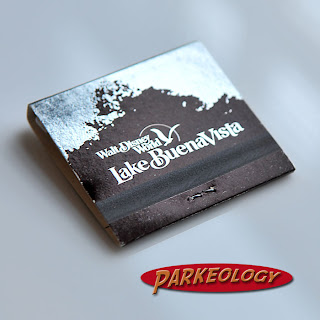 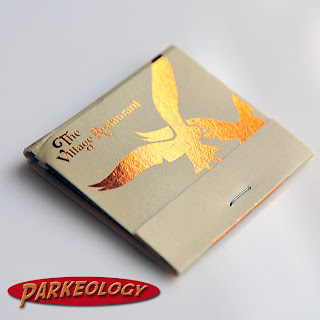 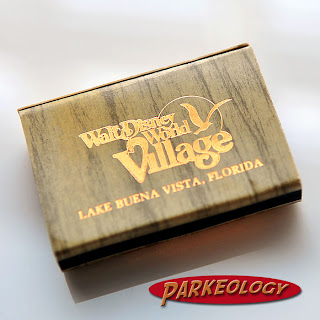 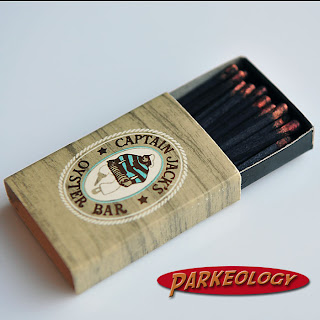 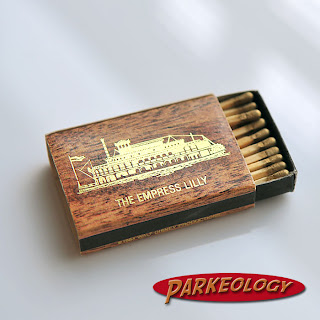 So there you have it… another bit of history that is now gone and in this case maybe for the best, but these made for fun and simple souvenirs and provide an interesting historical record of another time in both the attitudes of a country as well as the appearance of the parks.
Smoke ’em if you got ’em.

BTW: Parkeology is now on Twitter… we will get a link set up here sooner or later but for now search for parkeology and start following us.