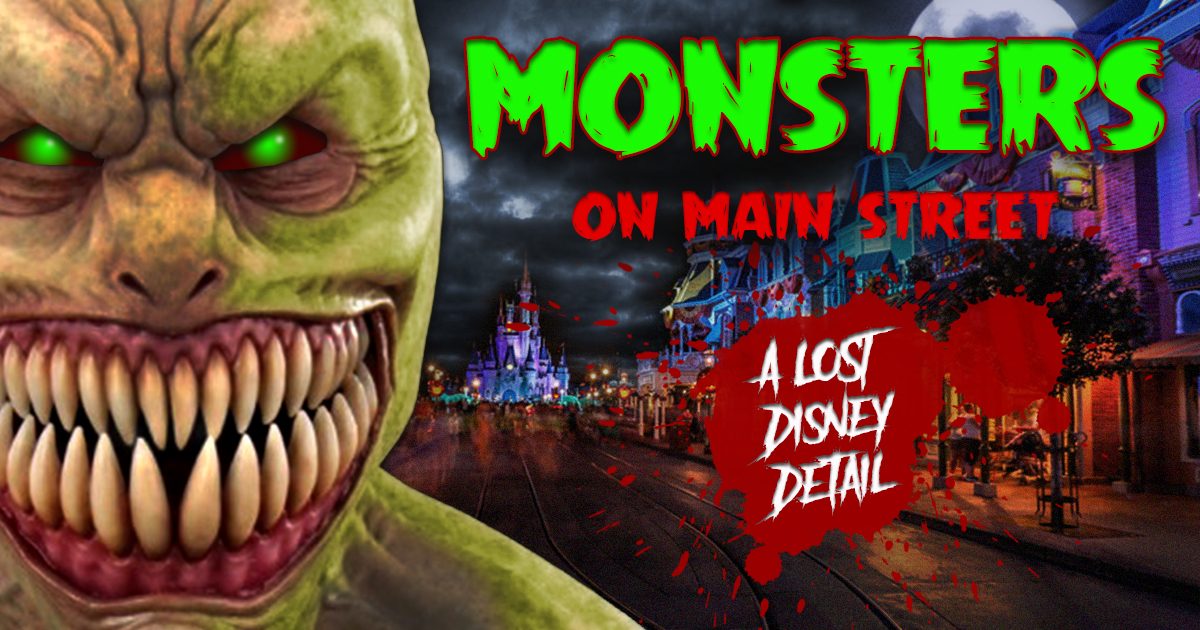 Terror Lurked in the Magic Kingdom

Fathers stroll down Main Street hand in hand with their daughters, mothers wrangle the brood keeping everyone on schedule. It’s opening time at The Magic Kingdom and nothing could be more charming or innocent. Yet once there was something much more sinister at play here. Not long ago The House of Magic was a literal house of horrors. Tucked behind a tidy turn of the century facade was a lurid marketplace filled with a macabre menagerie of ghouls, psychopaths and miscreants while peddling visages of the tortured and damned. 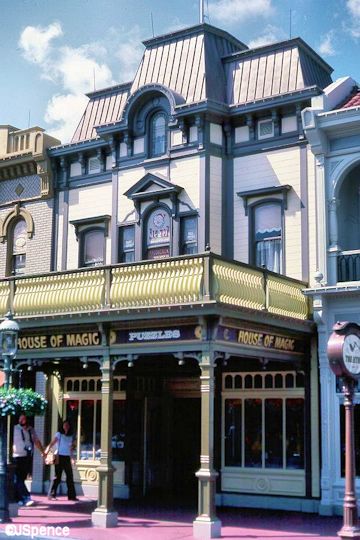 Inside the House of Magic

The House of Magic was closed in 1995 in order to create more generic retail space. It closed before video recording became accessible to the masses and therefore there is precious little in the way of photos or video documenting this mysterious place but it lives in my mind as vividly as it did some 35 years ago.

The store was broken roughly into three zones: jokes and gags off to the side filling an entire wall with little shrink wrapped packs of Adams branded whoopee cushions, faux dog poo and joy buzzers. Next to that was another wall populated by a myriad of magic tricks and packaged magic sets. However as one wandered deeper into the store things took a decidedly sinister turn.

(Watch the embedded video… it offers a rare glimpse inside)

Plaster skulls and tombstones (made by the Randotti company and only available here and at Disneyland) filled the lower shelves, some with glow in the dark eyes or snakes menacingly wrapped around them. Finally there was the pièce de résistance, the main attraction for many and perhaps one of the most bizarre things ever sold within the confines of the park: glorious and often quite gruesome masks, an entire display of them, shelves upon shelves filled with them. These were “movie quality” prosthetics — many fit over the full head and were complete with manes of thick werewolf hair or slimy reptilian scales. They portrayed a rogue’s gallery of the weird, ugly and grim. Victims of grisly wounds, shocking deformities and terrifying creatures of all sorts were on display for all to see.

Magic and jokes are nice, but the MASKS were special

The masks took a place of honor housed within a decorative turned wood Victorian shelving system and kept mostly behind the counter out of reach of sticky hands. These were not inexpensive often costing upwards of $50 or $60 1980’s dollars. On occasion one would break into the triple figures. For a 10 year old that $40 mask might as well have been $4,000. 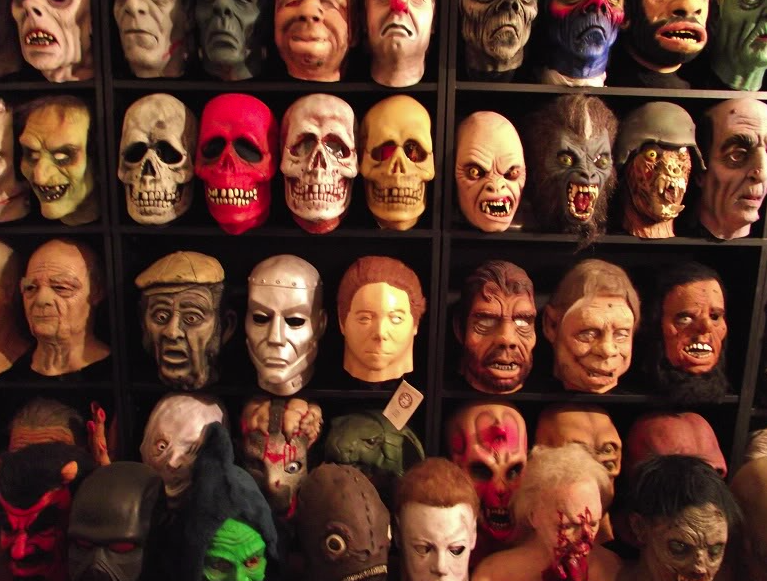 It’s hard to explain the allure of such things. Maybe it is the same as the allure of the park itself — an escape from reality, a fantasy, hiding from what can be a big scary world for a little insecure kid. One of my favorite parts of a trip to Walt Disney World was stopping at the House of Magic to inspect the latest additions to their assemblage of masks. I doubt they sold very many of these (no doubt why they were replaced with sweatshirts) but I know that I was not alone in my fascination with them. On every visit I would have to push past many other drooling kids in order to pay my respects to the lost souls represented before me.

I never bothered asking my parents to buy me one. There was no chance that after flying us all to Orlando and putting us up on property that they would even entertain the idea of purchasing an elaborate monster mask that costs 3 times as much as admission to the park!

On an early trip however my dad did agree to buy my brother and me one of the lower end masks that the store also sold. These were not displayed on fancy carved shelves and did not feature hair or other embellishments. These were simple thin latex masks with one or two crudely applied paint colors for the hair and maybe the lips.

They were manufactured by Don Post Studios and carelessly tossed into floor standing bins near the plaster skulls. Don Post Studios was quite well known. They advertised in magazines like Fangoria and even had the original Star Wars license to create reproductions of Darth Vader and Stormtrooper helmets. On the low end of their range were these cheap rubber masks, maybe $3 or $4. They were mostly generic characters like “Clown” or “Witch”. On this memorable day the 10 year old me chose “Old Man” while my older brother chose “Goof”. 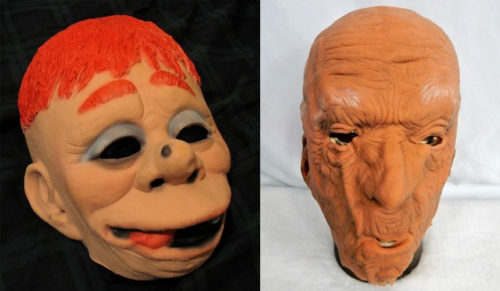 “Old Man” was just that, a wrinkled, bald old coot (had I realized that I would slowly age towards this in real life I may have chosen “Clown” instead). The mask was skin-tight with small slits for the eyes and mouth. It was a suffocation hazard by today’s safety standards for sure (this was the time of Jarts after all).

I wore it all day in 95-degree Orlando summer heat. I wore it on Pirates and on Twenty Thousand Leagues Under the Sea. This was before Thunder opened and I was afraid to ride Space Mountain or I would have worn it on those as well. It was worn throughout the entire original long form version of the Country Bear Jamboree. I loved the reaction that people gave us. I loved that no one really knew what was under those masks. I loved that not only was the world around me not real but I was not even the real me. There were so many layers it was like a Christopher Nolan screenplay. 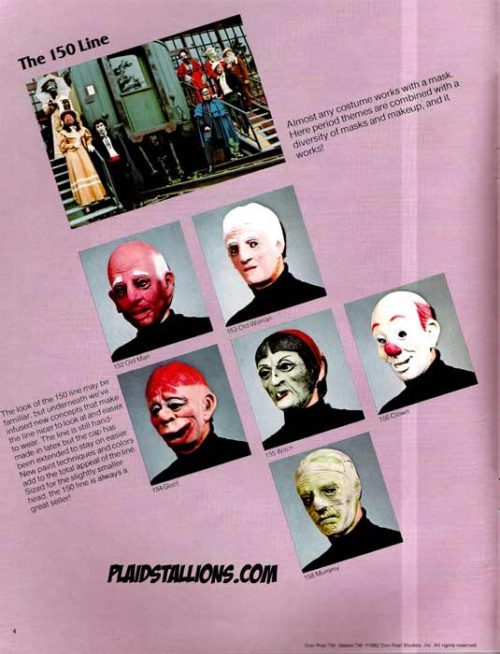 After hours of being mummified inside this latex veil I was nearing the point of heat exhaustion, but I didn’t care. I can still smell that particular mix of cheap rubber and sweat. I held on to my mask (as well as Goof) for many years and felt sad every time I would come across it and noticed its slow decay.

As I aged my love of the Disney parks oddly did not waiver and neither did my fascination with the masks. I think I identify as a 14-year-old and always will. I continued to take trips to Disney with my family and on a couple occasions just with my dad (if he had a business trip to Orlando) and eventually with my friends. 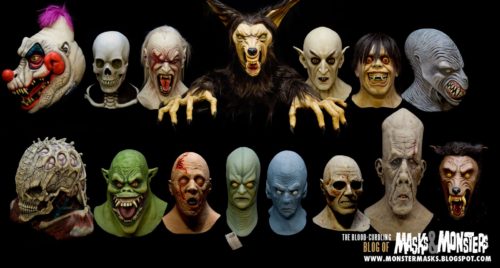 During one such trip with my friend Tom I was maybe 16 years old, of course I was eager to visit the House of Magic and was stunned to lay eyes on a mask I had never seen before. It was huge, maybe three feet tall. It was a somewhat comedic take on some sort of gremlin king. Once it was fitted on the wearer’s head the mask’s mouth hung down at chest level. It was crazy cool. The entire thing had a flocked texture like velvet and was intricately painted. His mouth dangled open revealing a wet looking tongue and teeth. A small gold crown was perched on his horned head and a tuft of black hair poked through it. It was perhaps the most amazing mask I had ever seen. 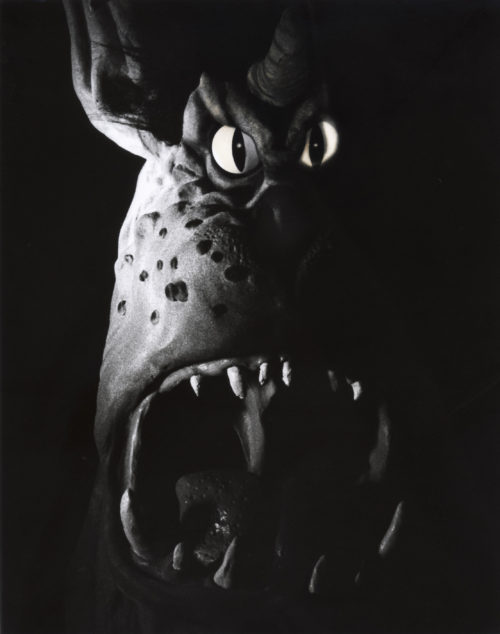 This is my actual mask. I painted ping-pong balls for eyes and took this “spooky” picture while in high school.

I wanted it badly. Of course it was the least practical or necessary thing ever created and I had to have it. We visited and re-visited the store. We debated the purchase of such a thing, we contemplated how our parents might react, we counted our money and calculated how much was needed to complete the trip. I think it was close to $100. That was serious money for me. SERIOUS MONEY. I eventually broke down and bought it. Tom bought some insane thing as well. Together we were the kings geeks of the park. I relived my earlier “Old Man” glory years but this time turned up to 11.

It was a chore wearing it and even getting the monstrosity home was problematic. I hung it in my room on a custom made mount (a wig stand glued it to a board to make it look like a stuffed game trophy). Later he went to college with me. Nothing attracts college co-eds like a giant monster mask from a theme park hanging in your room. I loved him, he was part of me, the geeky poor decision making part.

After college the mask was stored at my parent’s house. Eventually they retired, downsized and moved away, all my old stuff had to go.  One late night while clearing things out I was confronted by this aging rubber reminder of my youth. What to do with it? Should I bring it with me back to my city apartment or try and find another home for it? I was about thirty by this time, I was trying to make a living and I was newly married. There was no room for mammoth monster masks yet I could not bear to see it go to someone else so I did the only thing that I could… I destroyed it. 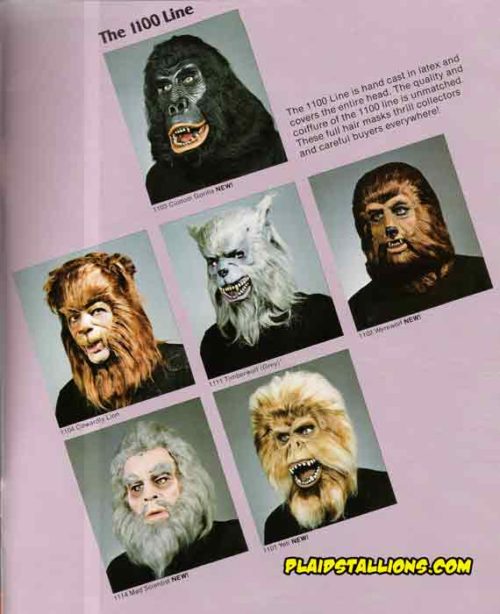 As sweet as the deluxe “1100” line was they could not hold a candle next to my mask.

In a spontaneous sleep deprived spat I ripped it in half and in doing so ended any debate as to where it should go or what should be done with it. I almost instantly regretted doing it. Little bits of gray fuzzy rubber lay shredded in my hands, his ping-pong ball eyes (which I painted for display purposes) were strewn to the corners of the room. Like George sparing Lennie the indignities of life, if you love something you must set it free.

A little bit of my youth that night was lost but ultimately “stuff” does not make us who we are. I will always have my memories of him but more importantly I will have my memories of dreaming as I stared up at those beautifully grotesque masks. I can never forgive Disney for shutting down the House of Magic but they can never take that away from me.

Today throngs trudge past what was once my favorite spot in all of Walt Disney World oblivious to the magic, both literal and figurative, that it once held. Housed within the confines of The Happiest Place on Earth was an even happier one, one that ultimately led to heartbreak but also was the genesis of my fondest memories.

Make sure you SHARE this with any hard core Disney fans you know. It is a throwback to the past that is sure to make them smile. 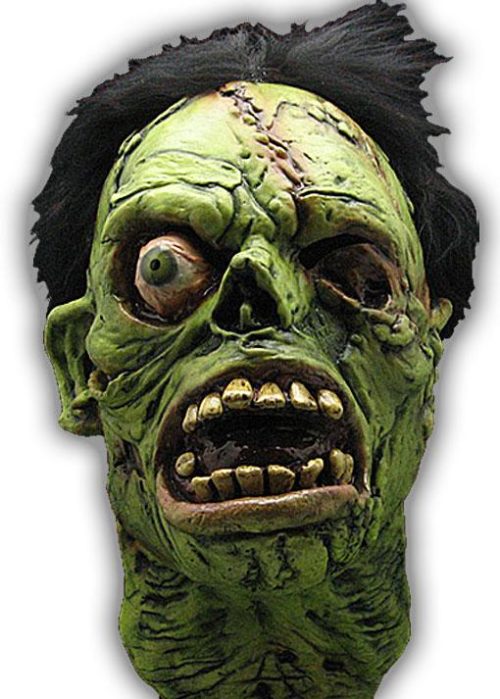