I’d love to be able to take credit for this next post, but it’s actually by a good friend of mine.  (“Yes!” you say.  “Finally, someone good to read.”)   We will call him Teevtee, in order to enhance his mysteriosity.  Plus, I sometimes still call him that, because that’s how I first knew him.

Teevtee is if possible an even bigger park fan than myself (though way worse at trivia), and we both have the same obsession for the details that make the parks so great.  Enjoy!
————————-
Today there is a distinct lack of opportunity to purchase trick cards, Halloween masks and fake vomit within the confines of the Magic Kingdom; this was not always the case.  In fact for the first 15 years of its existence the Magic Kingdom offered would-be pranksters and prestidigitators not one but TWO such locations. 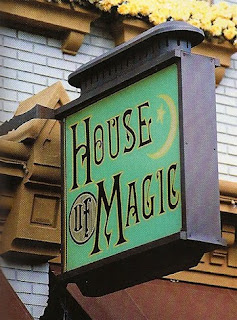 Many may recall the House of Magic on Main Street.  Up until 1995 it proudly stood midway down Main Street on the west side of the street.  The facade is all but unchanged swapping “Main Street Athletic Club” for the original marquee but the interior no longer houses the mysteries and wonder of magic, the fun and silliness of practical jokes or even the macabre masks peering down from the tallest shelves.  Rather the Main Street Athletic Club is a bland and generic outpost selling the same Disney branded sweatshirts you can find at every other shop on Disney property.  Gone are the days when an 8 year old could watch a free magic show, learn a trick and then fool his parents.  Lost are the days when some spicy hot trick candy could be picked up and later slipped into some treats for the family, a hysterical time bomb just waiting to be deployed.  These are little things that sound trivial and yet helped to create the rich tapestry of experiences that Walt Disney World used to be made of.

But I said there were two spots where this type of experience could be had, what of the other one?  Merlin’s Magic Shop was the cousin of the House of Magic; smaller and a little more hidden it was tucked behind the castle in Fantasyland where Sir Mickey’s currently stands.  Nothing really remains of Merlin’s which closed in 1986, significant changes to the facade and interior have erased all traces of it.  Like it’s Main Street counterpart it sold a selection of tricks and jokes though had far fewer masks and the like.  It featured slightly more serious tricks and would even venture into near professional levels of illusions.
At one point the merchandise cart outside of the Haunted Mansion also sold masks and even tricks making it a miniature third option for park goers in need of a hand buzzer or an “invisible dog” on a leash. 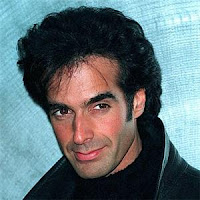 In the mid nineties Disney struck a deal with David Copperfield (then king of the magic world) to build an interactive magic themed restaurant outside of Disney MGM Studios theme park.  It was at this time that Disney chose to close the Main Street Magic Shop arguing that Copperfield’s place would be the new home of all things magic at Disney.  The restaurant never materialized however and of course the magic shops never returned, they and most other shops that sell unique merchandise no longer fit in with the Disney retail philosophy.

Today there is one last out of the way location for tourists to find magic… Magic Masters at Downtown Disney.  Magic Masters is a struggling magic retail company that used to have locations in Last Vegas, Chicago and other major cities but has closed them all save for the Disney location.  They sell magic geared towards beginner and intermediate skill levels, they do not sell any of the pranks or masks that were staples of the park locations. 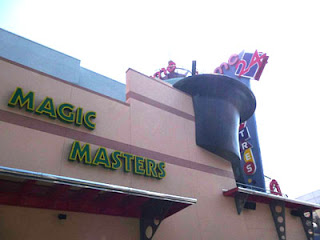 It’s somewhat ironic that a company that spends so much time talking about the “magic” it makes in fact makes it virtually impossible to find any magic at Walt Disney World. 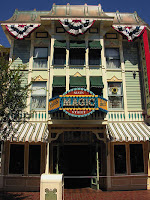 On a more positive note Tokyo Disneyland not only still has a magic shop but even has custom made tricks available only at this one location and Disneyland still has it’s Main Street Magic shop which has recently been leased to Houdini’s Magic Company which now stocks and runs it.