In this puzzle, the Athenians carefully preserved the favorite vessel of hilarious jungle skipper Theseus, setting it up in a permanent museum called One Greek’s Dream, where they charged admission to school children and generally turned him into a demigod.

The ship stayed there for many years. As it fell into disrepair, the planks of its deck and hull were replaced one at a time, until not a single original piece remained, much like Michael Eisner’s soul.

And so Plutarch posed the question: If not a single element was part of the ship when Theseus was its pilot, is it still the Ship of Theseus?

I read an article last week that the last Back to the Future the Ride would be closing for good next month. It’s the one at Universal Studios Japan. The ride transitioned to the Simpsons years ago in the States, but Japan held on.

I had not thought about Back to the Future the Ride in many years, but this news made me take notice.

Parkeology typically stays focused on Disney parks because that’s what we love, but Disney and Universal have a symbiotic relationship. What happens to one affects the other. They are much like the Gungans and the Naboo in this regard. 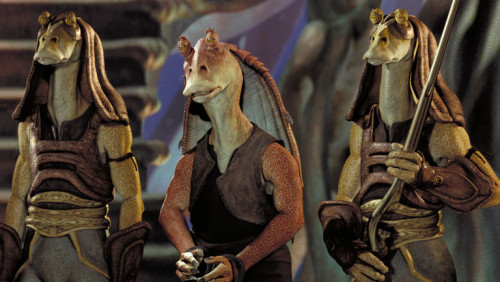 We’ll let you decide which one is Jar Jar.

I remember having endless debates with Universal fans back in the 1990s over which one was better. And while humanity has long ago put aside such petty internet disputes, I have to wonder…

If you were a fan of Universal in the 1990s, does your park still exist?

When Universal Studios Florida opened in 1990, it was an epic disaster. Its highly touted E-ticket rides were so prone to break down, the park frequently issued return vouchers for a different day, so that guests could experience an entirely different set of epic breakdowns. It was either that, or send them to the Murder She Wrote Mystery Theater.

Jaws was notoriously closed within months of opening, its makers sued into oblivion by an irate Universal leadership team. It wouldn’t reopen for another two years. 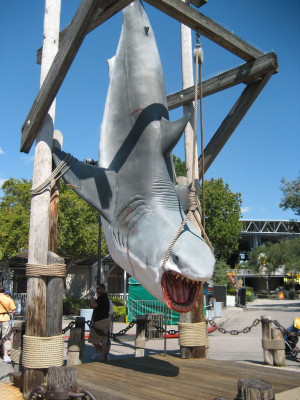 E.T. routinely flipped off customers with his glowing middle finger and spouted profanities that would make a sailor blush. He only survived because no one could understand a word the little potato creature was saying.

In 1991, Back to the Future the Ride opened, ushering in a new age of nausea. And then things really began to change.

The Ghostbusters Spooktacular special effects show was closed to make room for a demonstration based on 8-time Academy Award Winner Twister.

Jaws, of course, got eaten by Harry Potter.

Of Universal Studios Florida’s original opening day attractions, only E.T. and the Horror Make-Up Show remain, with both of those clearly on their last legs.

The Ship of Theseus Remains … Or Does It?

What about Universal’s evil twin, the Disney-MGM Studios? What (if anything) remains of the park that beat Universal to market by one year?

The Great Movie Ride. That’s it.

Of course, the Disney park has been trying to re-invent itself for awhile now. It has conceded the destruction of its old way of life. When Toy Story Land and Star Wars Land open, there’s a good chance that the park will change its name entirely, something it has already done once. It no longer calls itself the Ship of MGM. It’s the Ship of Hollywood now.

Universal Studios Florida is trapped by the paradox. On the one hand, it presents the face of its original self, the same park that has been thrilling guests for 25 years.

But all the thrills have changed. The park has turned the corner towards something completely different. And, most would argue, much better. 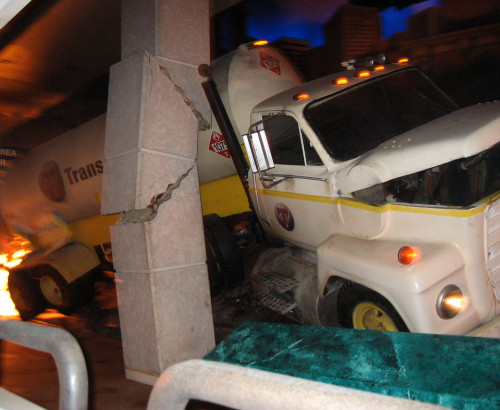 Remember the days when every theme park stimulated the destruction of civilization for your vacation pleasure?

It’s a testament to Walt’s influence that Disneyland, the Magic Kingdom, and Epcot have not fallen into the paradox (though Epcot has teetered very close to it). Heck, most of Disneyland’s opening day attractions are still around, 60 years later.

Could this be one of the reasons why we used to have those Disney vs. Universal arguments back in the days of primitive internet tribes, before online discussions became civil disagreements?

I suppose that is the point of any thought experiment. To make us stop and think. And while I enjoyed mocking Universal’s original attractions for their failings all those years ago, there’s a part of me that’s sad that none of them made it.

We’ll get Kong again this summer, but it’s not the same Kong. We’ll have to wait for the inevitable inferior Hollywood reboot of Jaws for that one to make a comeback. Speaking of which, there’s hope for you yet, Ghostbusters Spooktacular!

Now if you’ll excuse me, I’m going to go ride E.T. again to remind myself how bad it is.