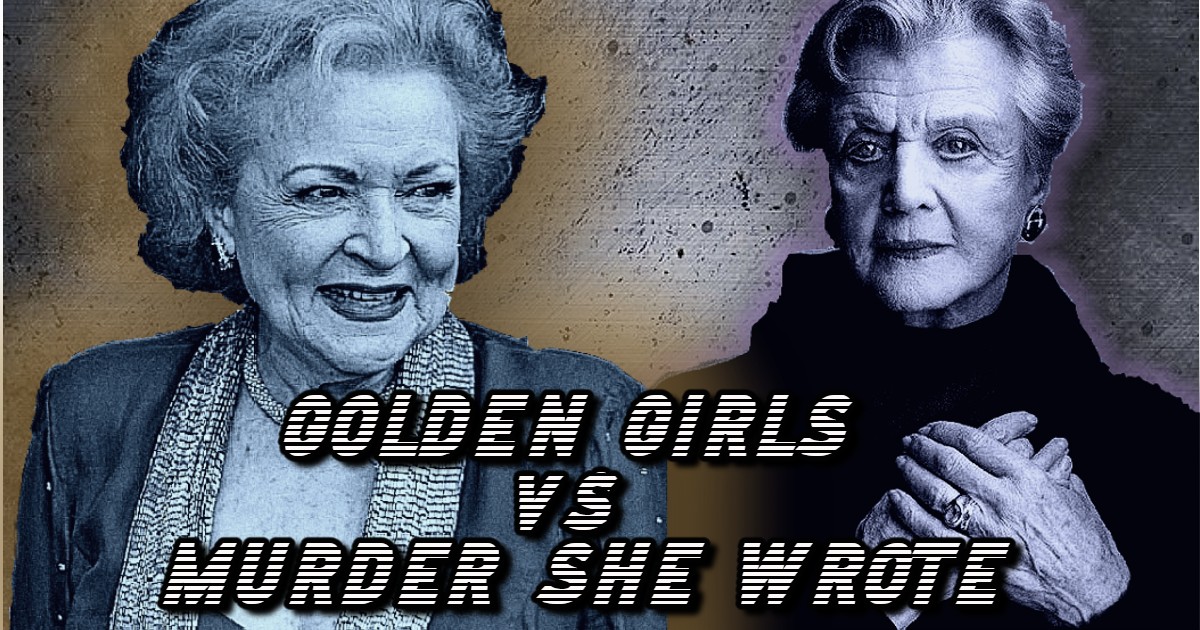 In the waning days of the Cold War, two entertainment giants touched off a movie studio park arms race in an effort to dominate the teen demographic. Flight simulators, special effects spectacles, next generation thrill rides. Nothing was off limits.

IP became paramount. One corner had Star Wars and Indiana Jones. The other staged a Kongfrontation. Tension escalated quickly until both superpowers rocked the world with a secret weapon none of us saw coming.

Disney’s Touchstone Television group launched The Golden Girls in 1985. It was a sitcom with a simple premise about four older women sharing their twilight years with each other. By 1987, it was the dominant force in prime time.

The show was a product of the early Michael Eisner era — a time when everything he touched turned to gold. The Golden Girls finished in the Top Ten in the ratings for six of its seven season, launching three spin-offs along the way. Each of its four stars won an Emmy, with Betty White getting nominated every single year that the show was on.

Most episodes took place inside the Golden Girls house — a Hollywood soundstage set, of course. If any scene called for Blanche, Dorothy, Rose, or Sophia to step outside, the producers had only two options. Build a facade on the studio backlot, or find a real house.

Their fictional address might have said Miami, but for its first two season, the Golden Girls house was a real house in Brentwood, CA. It recently sold for $4 million. That may seem pricey when you’re living on a fixed retirement income, but it’s only $1 million per Golden Girl.

A Studios Park in Need of a Hit

By the time Season 3 rolled around, construction was already underway for the Disney MGM Studios — a planned half-day theme park / production studio hybrid that you could breeze through in a few hours before jumping over to Typhoon Lagoon or something.

But it already had a problem.

There were only two rides planned for Opening Day. The Backlot tour was the headliner — a multi-hour experience taking you behind the scenes of Hollywood filmmaking. It had the massive Catastrophe Canyon set piece, incredible boneyard relics from major Hollywood blockbusters, and even an entire walking tour featuring a special effects water tank. But most of the ride was supposed to give you a glimpse of a real Hollywood backlot — just like the massively successful Universal Studios Tour in California.

Universal’s tour had decades of movie history on their backlot — everything from Psycho to the Ten Commandments. But the Disney MGM Studios backlot was brand new. New York Street might look like New York, but nothing of note had actually been filmed there.

Residential Street was even more plagued by obscurity. It was a cute gimmick showing how the houses were just facades. But the buildings were far from recognizable. The house from Ernest Saves Christmas? Hardly iconic. The Ernest character was already a cultural footnote (though Jim Varney would live on as the voice of Slinky Dog). What about the house from Splash Too? Did you even remember that Splash had a sequel?

Disney was searching for something — anything — that audiences would recognize. They even went so far as to park an animatronic Herbie the Love Bug in somebody’s driveway. And while that might be just the sort of thing Parkeologists love, Herbie hadn’t appeared in anything since a forgotten 5-episode TV show in 1982.

From Season 3 onward, before the Disney MGM Studios had even opened to the public, exteriors of the Golden Girls house were all filmed on Residential Street. If you needed an outside shot of Rue McClanahan, Estelle Getty, Betty White, and the incomparable Bea Arthur of Star Wars Holiday Special fame, you flew those Golden Girls to Florida and filmed your pick-ups.

The Golden Girls went off the air in 1992. But the house on Residential Street lived on, until Hurricane Charley damaged several of the facades in 2004. By then, the popularity of the Backlot Tour — and the Golden Girls — was starting to fade. In 2007, the Residential Street was dropped from the tour and unceremoniously bulldozed to make way for the Lights Motors Action Stunt Spectacular.

Today, Star Wars Galaxy’s Edge now occupies the land that was once Residential Street. If you’re curious about where the Golden Girls house once stood, the internet is here to help. Apparently it is somewhere between Ronto’s Roasters and Docking Bay 7.

Back to that Universal Backlot Tour…

Did it sound like the Disney MGM Studios was a rush job? That’s because it was. Central Florida had long been Disney country, but in the mid-1980s, Universal announced plans to build a sister park to their Hollywood studios just a few short miles away from the Walt Disney World main gate.

In the spirit of competition, Michael Eisner repurposed the EPCOT Great Movie Ride pavilion into a full-fledged theme park in its own right. He famously pushed the accelerator on Disney MGM’s construction, ensuring that it would open a full year before Universal’s park.

With Disney busy ripping off their original tram tour, Universal executives knew that they couldn’t just do a carbon copy of their Hollywood park. Lavish special-effects extravaganzas based on Jaws, King Kong, and Earthquake were marked for Opening Day. Steven Spielberg brought star power with E.T. and Back to the Future. Unlike Disney MGM Studios, Universal would be a full-day experience.

But even as backlot obscurity was giving Disney heartburn, the overambitious opening slate was setting off alarm bells at Universal.

In short, nothing worked.

The giant King Kong animatronic proved impossible to deal with. Universal had never build a theme park ride ever, much less a 39-foot mechanical gorilla. The computer system malfunctioned constantly, leading to a very real fear that the giant robot would inadvertently shove its massive fist through the dangling gondola ride vehicles. It didn’t open until 2 months after the rest of the park.

Earthquake hardly quaked at all on Opening Day. It finally stumbled into limited service a few days later. Back to the Future was scratched from the lineup before the first pitch. It wouldn’t open until 1991.

And Jaws… Well, Jaws became one of the all-time theme park disasters. Universal fought with the demented shark for as long as it possibly could before throwing its hands up in frustration and trashing the whole ride a year later in a flurry of lawsuits. It was later rebuilt from scratch and reopened in 1993.

With all of its big E-tickets floundering, Universal desperately needed something — anything — reliable to handle the load. As it turns it, something reliable was available, in the form of another TV show with an older female star.

Murder, She Wrote To the Rescue

Murder, She Wrote debuted on CBS in 1984 — a year before the Golden Girls. It was a crime drama about a retired English teacher who becomes a successful mystery writer and amateur sleuth, solving mysteries great and small in small-town Maine.

It was an immediate smash hit for Universal Television. The show ran for 12 seasons, turning Angela Lansbury into one of the most bankable TV stars of all time. Just as Betty White was nominated for a Best Actress Emmy during every season of her show, so was Angela Lansbury. Twelve nominations… and 0 wins. She still holds both records.

Interiors for the show were once again filmed on a soundstage. Universal Studios Hollywood, to be exact. But unlike the Golden Girls house, the exterior of Angela Fletcher’s house in Murder, She Wrote never appeared in a studio backlot. A real house in Mendocino, CA stood in. And you can actually stay there today.

Universal wasn’t planning to add a backlot tour to their Florida park. Their plans were much more ambitious. But they still needed the rock-steady influence of Angela Lansbury’s character to help hold things together in those rough early years.

Back to Universal Opening Day. While Kong flailed dangerously at swinging cable cars and Jaws was evacuating every 15 minutes, the Murder, She Wrote Mystery Theater was calmly treating guests to a 25-minute lesson in the art of television production.

The show used a tired theme park premise, recruiting YOU to perform some task for which you are outrageously underqualified. In Stitch’s Great Escape, you were junior security guards. In Test Track, you were junior test drivers. At the Murder, She Wrote Mystery Theater, you became junior TV executives, working on a new episode of Murder, She Wrote.

The interactive experience walked its audience through the various disciplines of makeup, sound design, and editing before putting it all together at the very end.

The show was fairly forgettable, but at least it had a decent capacity. Just what Universal desperately needed. And like the television show it was based on, it enjoyed a long life at Universal Studios Florida, lasting all the way until 1996. That year, Murder, She Wrote went off the air and the theme park show promptly went dark, replaced by some Hercules and Xena thing.

The show building has since been completely scrapped. Transformers: The Ride currently stands in its place.

It’s nigh incredible that the two nascent Florida studio parks spent most of the 1990s dueling it out with competing senior-citizen TV show attractions. But possibly the most amazing thing about that era is that it was 30 years ago, and yet Betty White and Angela Lansbury are still with us today.

Lansbury was 71 when Murder, She Wrote went off the air. She’s still acting today. Ironically, you’re much more likely today to come across Lansbury in a Disney park rather than Universal.

She’s had a lot of famous Disney roles over the years, from Bedknobs and Broomsticks in 1971 to Mary Poppins Returns in 2018. But Disney parks around the globe still celebrate her iconic performance as the voice of Mrs. Potts in Beauty and the Beast.

And while Angela Lansbury will turn 96 in just one week, her rival Betty White is already 99 and only a few months shy of breaking triple digits.

She was 70 when Golden Girls went off the air. Just like Lansbury, Betty White has continued to lend her talents to Disney, most recently voicing a character in Toy Story 4. Of course, she’s still most famous for her long-running NBC sitcom. But a lot has happened in the last 30 years and that network is now owned by… Universal.

Anyway, happy birthday, Angela. Now let’s go grab some Ronto’s Roasters in memory of the Golden Girls house, and take a spin on Transformers: The Ride in search of Jessica Fletcher.

Thank you for being a friend.