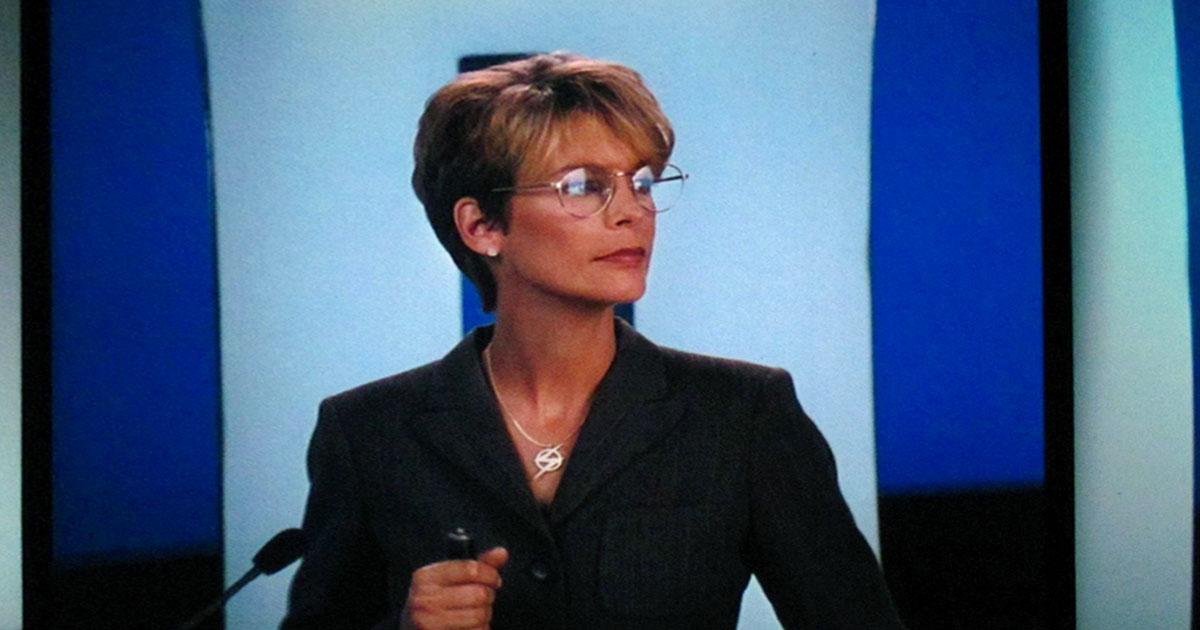 Dr. Judy Peterson may be a professor at the prestigious University of Energy, but her biggest claim to fame is losing a TV game show to her former college roommate, a sore winner who calls her Stupid Judy.

Wait, did I call Ellen a sore winner? Sorry. I meant Ellen is a sore cheater.

She went on a time-travel mission with her own personal scientist, on an adventure that — trust me — took way longer than the commercial break. She did this with advance knowledge of the types of trivia categories she was likely to encounter and even had Bill Nye feed her the Final Jeopardy question just before returning to the set.

So Ellen gets to dance in the balloons while Stupid Judy Peterson stands by, watching this travesty of justice unfold, powerless to stop it in spite of her doctorate degrees and academic publications.

But this goes beyond a silly game show cheating scandal. Overshadowed by all of Ellen’s antics is something truly incredible and wholly remarkable.

Stupid Judy Peterson may actually be one of the smartest individuals in the history of humankind.

Let’s break it down.

Scoring and math can be tricky. Just ask Buzz Lightyear. But everyone should know the Jeopardy format by now.

In Round 1, a Daily Double is hidden behind one of the 30 clues on the board. Whoever finds it is allowed to wager an amount up to whatever amount they currently hold. There are two Daily Doubles in Round 2.

With me so far?

We know Ellen and Stupid Judy are playing the pre-2001 version, because Ellen selects a $100 answer to lead off the game (which does not exist in today’s game) and also because the ride opened in 1996. Ellen gets the answer wrong, of course, because she’s a dirty cheater, dropping her into negative territory. Stupid Judy steals the clue and gets $100.

The rest of the first round is shown in montage. Judy answers many questions correctly, but most of the round is played off camera. By the end of the round, Ellen is still at -$100 and Stupid Judy has a commanding lead. The third contestant, Dr. Einstein, is nowhere, relatively speaking.

What if somebody sweeps the entire board? That’s 6 categories, each worth $1,500. That’s $9,000 up for grabs. That would be an unprecedented feat in and of itself. It has never happened in the history of the game show. Ken Jennings, who had that famous Jeopardy run a few years back, set the single-show record and still didn’t solve 16 of the 60 possible clues in the game.

But wait. We forgot that one of the 30 clues in Round 1 is actually the Daily Double. Its appearance on the board is random, but let’s say that to maximize the potential dollar value, the Daily Double actually appears behind one of the $100 clues (a 1/5 chance of that, or slightly better than a dice roll).

It gets even nuttier. Not only is the location of the Daily Double random, but so is its selection during the course of the game. To perfectly maximize the Round 1 board, you would not only need to have the Daily Double hidden behind a $100 clue, you would need to select that clue as the very last clue of the board.

Go back up and look at the standings right before Ellen goes on her little cheating side trip with Bill Nye.

Dr. Judy Peterson, who is about to get robbed by a jealous former roommate, has just played the only perfect Jeopardy round in history.

And not just our history. If Ellen had gone back in time several million years (give or take a day) and told those dinosaurs all about her dream, and if those dinosaurs had then created television, and if their first TV show was Jeopardy, and if it had stayed on the air all the way to the opening of Ellen’s Energy Adventure in 1996, odds are there still would not have been a perfect Jeopardy First Round in all of those shows.

And Alex Trebek would be very close to retirement.