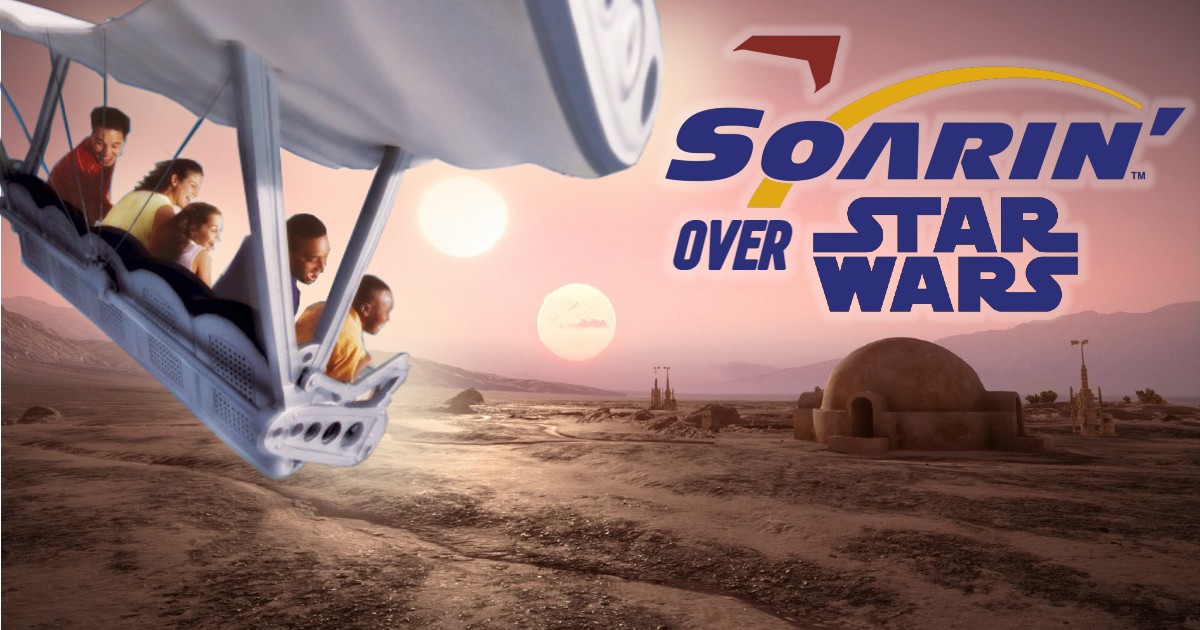 Other than the occasional Spaceship Earth time travel trick, we don’t often post do-it-yourself projects. But after recently discovering Star Wars Biomes, we have invented something that was too awesome not to share.

You see, for the last week and a half, we have been riding a brand new Disney ride of our own creation. If you are as crazy about Disney theme parks and Star Wars as we are, you will want to try this out. Not to oversell it, but it still gives us goosebumps.

You may already have all the materials at your disposal to get the base model up and running in a matter of minutes. How far you take it is up to you, but we are currently collecting quotes from contractors to construct a show building in our back yard. It’s that good.

This assumes that you have a Disney+ account. I’m not sure why you wouldn’t at this point. How else have you been watching The Mandalorian?

You probably overlooked it on Star Wars Day. May the Fourth was the same day the first episode of The Bad Batch dropped, along with a Simpsons crossover and a whole bunch of merchandise. Star Wars Biomes had all the makings of an afterthought. It’s a strange meditation film, featuring ponderous flyovers of famous Star Wars planets like Hoth, Tattooine, and Mustafar. Most people ignored it. Those who did watch it didn’t know what to make of it.

You crest a snowy peak and see a herd of Tauntauns. You lazily buzz over a Sandcrawler. On Ach-To, you follow behind a flock of porgs while the Millennium Falcon takes off in the distance. There are no lightsabers, no Dark Side. There isn’t even any music. It goes on for 20 minutes.

You can guess where I’m going with this.

If you’re like us, you listen to nothing but Disney theme park music all day long. But in case you are not that cool, you’ll need to get hold of Jerry Goldsmith’s brilliant score to Soarin’ Over California. Soarin’ Around the World also works, but we prefer the original. Just as we prefer the original Star Wars trilogy.

All set? You’re almost there! You can practically see the CGI hang glider drifting in your living room. That music deserves the best sound system at your disposal. We’ve learned that a set of noise cancelling headphones works best, if you can swing it. It’s also nice because you can play Soarin’ from your phone.

Step 3 – Combine Ingredients Into the Best Star Wars Ride Ever

If you absolutely cannot wait, you can ride this bad boy right now! Settle in front of the big screen as close as you can handle and get Star Wars Biomes ready to roll. Turn down the lights to simulate a cavernous hanger. Queue up Soarin’ on your phone and push play.

Don’t jump the gun. Give that Jerry Goldsmith masterpiece a few measures of intro music as you imagine drifting clouds. And when the main melody clicks in, hit play on your DisneyPlus app.

You won’t see the Golden Gate bridge bursting into sunlight. You won’t see the peak of the Matterhorn looming out at you. Instead, you’ll get the blinding white vistas of Hoth as an Imperial probe droid hums into view.

Let it run for a few more minutes and you’ll find yourself sailing over Mos Eisley. Work out the timing, and you can get Darth Vader’s fortress on Mustafar to appear right at the same time that Sleeping Beauty Castle enters the frame in the original Soarin’. All that’s missing is that heart-warming Tinker Bell animation.

Honestly, the above is super easy to achieve in 5 minutes and may be good enough for casual Soarin’ Over Star Wars fans. But if you want to over-obsess about this like any proper geek, here’s what you need to do.

First, Star Wars Biomes is long enough to run the Soarin’ soundtrack four times over. You need to find a way to capture it and edit it down to match the cuts from the original ride. We recommend splitting up Tatooine, since it contains multiple scenes. End with the Millennium Falcon if you can. Just don’t, you know, break any copyright laws in the process.

To further enhance the experience, find some good scented candles. A fresh ocean scent works great for Ach-To. Burning campfire for Mustafar. For a nice callback to the original Soarin’, use orange blossoms for the Lars Homestead.

Last but not least, no Soarin’ Over Star Wars experience would be complete with a row of other people’s feet dangling just above your peripheral vision. Build yourself a loft, invite over whatever friends you have left, and assign everyone a row. Give them a little red strap to pull on for good measure.

We promise, it’s all worth it.

Want more ideas for how to put your own spin on Disney theme park rides? Here are our favorites!