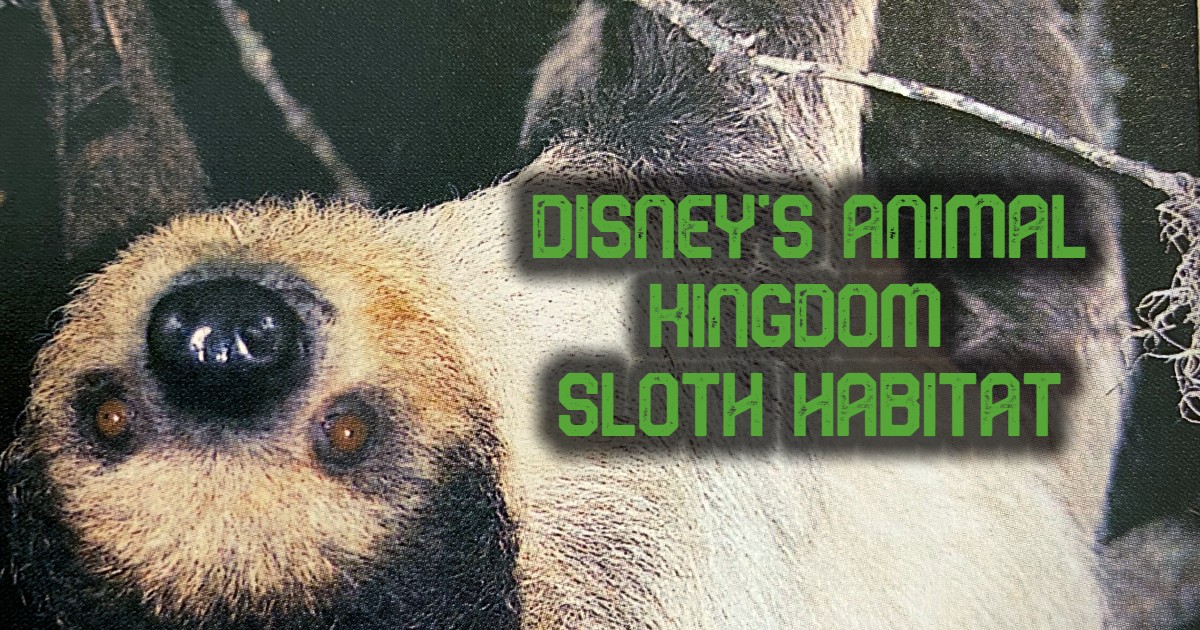 Every now and then, people get the urge to get their Disney sloth on. Maybe it’s the joy of everyone’s favorite funnyman, Flash, from the Zootopia DMV. Or perhaps it’s Frozen superstar Kristen Bell melting over slothy cuteness on The Ellen Show. But frequently they want to have an up close and personal encounter with a lethargic cuddle-muffin at Disney’s Animal Kingdom.

Only to find out that an Animal Kingdom sloth exhibit doesn’t actually exist.

Once There Was Sloth

Does Animal Kingdom have sloths? According to the Field Guide to Disney’s Animal Kingdom Theme Park, they have an abundance of sloths. Their cup overfloweth with sloths. And indeed, our infallible memory confirms that there were once two-toed sloths at Animal Kingdom.

But the unfortunate reality is that nobody has seen the sloth in decades. That’s right. Decades. As in plural. The park has only existed for 23 years, so that’s how long we’ve been slothless. Whether he relocated to a better zoo or went to that great sloth sanctuary in the sky, the sloth is long gone.

To be fair, we should probably disclose that this is conjecture on our part. We are not 100% certain that the sloth ever actually left. Maybe he’s just so terribly sleepy. Perhaps he’s still in his habitat catching some z’s after that stressful day in 1998 when he once posed for the only picture I can find on the entire internet.

But whatever the case, he (or she, you never can tell with sloths) has not made an appearance since the Clinton administration.

But still, you should never doubt the existence of this fabled two-toed sloth of legend. For there still remains some, er, remains of his (or her) day in the sun.

You can find it on the left-hand side of the Oasis as you enter the park. The great Animal Kingdom sloth house is far from slotherly. It’s a snug, beehive-like pod perched in a tree. And it’s just perfect for slothing around, no matter how many toes you have.

They made for a delightful comedic pairing. Had we any artistic talent at all, we would have created our own web comic for them. Unfortunately, giant anteaters by themselves are just not hilarious enough to carry their own series.

You really need a wise-cracking sloth to guarantee a hit.