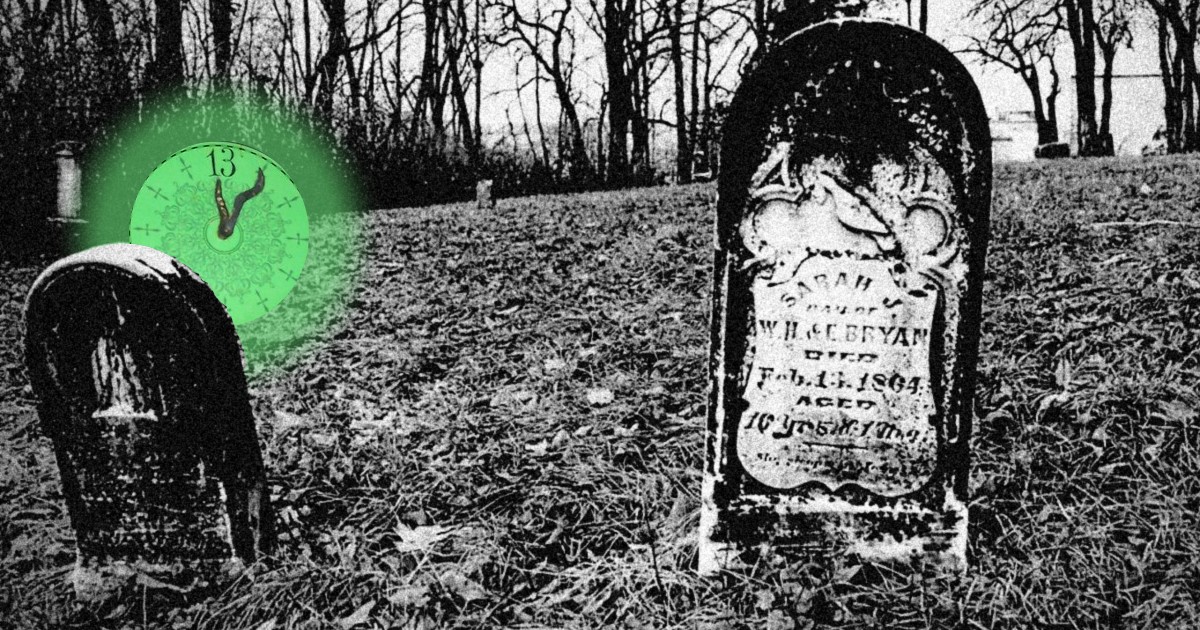 Halloween seems like an appropriate time to tackle an eerie subject. This won’t be some lurid tale about Disney death in a theme park. It’s more of an aura of foreboding, almost as though you sense a disquieting metamorphosis. There have been some very weird deaths throughout history.

And consider this dismaying observation. The following tales all have an unexpected connection to Disney theme parks.

Hollywood’s Royal Family Loses 2 Legends Back to Back

In December 2016, beloved Star Wars actress Carrie Fisher suffered a heart attack while flying back to the U.S. from London. She had recently wrapped The Last Jedi and was looking forward to celebrating the Christmas holiday with her family.

Upon landing, she was rushed to the hospital and passed away a few days later. She was survived by her daughter, her brother, and most famously, her 84-year-old mother Debbie Reynolds. Debbie had lived next door to Carrie for more than a decade.

Exactly one day later, Debbie Reynolds suffered a stroke while preparing for her daughter’s funeral. She passed away within hours. According to her son Todd Fisher, she died of heartbreak.

Carrie Fisher was no stranger to the Disney machine. Disney acquired Lucasfilm and the Star Wars franchise in 2012, making Princess Leia a de facto Disney princess. Carrie was posthumously honored as a Disney Legend in 2017.

Debbie Reynolds came out of Hollywood’s Golden Age. racking up multiple nominations for Oscars, Golden Globes, Emmy’s. A year before she died, she received the lifetime achievement award from the Screen Actors Guild.

But Debbie Reynolds’ most famous role had to be her portrayal of Kathy Seldon in one of the all-time great classic Hollywood movies, Singin’ in the Rain. As the lead actress opposite Gene Kelly, she performed in many of the classic dance numbers.

Its most prominent appearance was at Disney’s Hollywood Studios. Debbie Reynolds received a fair amount of screen time there. The Singin’ in the Rain movie trailer ran in the Chinese Theater before boarding the Great Movie Ride. A Gene Kelly animatronic performed it during the ride. And clips from the movie aired as part of the montage of movie moments at the end of the ride.

Know who else appeared in that ending montage? Carrie Fisher. A brief shot of Princess Leia onboard the Millennium Falcon happens right before the jump to hyperspace which ends the montage.

And just in case that clip was too brief, you could always wander outside the Chinese Theater and head down to Star Tours, where Carrie Fisher has been appearing in Princess Leia hologram form ever since the update to Star Tours 2.

The mother/daughter superteam who lived next door to each other in real life also lived practically side by side at a theme park.

We thought about bringing up Carrie’s star-making turn opposite Chevy Chase in Under the Rainbow, a forgotten movie that takes place during the making of the Wizard of Oz. The Wizard of Oz features prominently in the Great Movie Ride.

And that movie also starred Billy Barty as an evil Munchkin. Barty is famous to park fans as the voice of Figment.

And Chevy Chase used to star in the Monster Sound Show, which lived between the Great Movie Ride and Star Tours.

And… we better stop here before the universe explodes.

It was a summer day in 1826. The date: July 4th. It had been 50 years since the signing of the Declaration of Independence. Our country was exactly half a century old.

In his Virginia home, the author of that important document (or instrument, as phlegmatic Ben Franklin would say), was on his deathbed. For all his flaws, Thomas Jefferson had lived an incredible life, with accomplishments that would fill thousands of pages in the history books to come. He had even ascended to the highest office in the land as the third President of the United States.

As fate would have it, the man he replaced in office was also moments away from death. John Adams, the nation’s second President, had been Jefferson’s rival early in their careers. In their twilight years, the two had struck up an odd sort of friendship.

It is one of history’s weird deaths that both men would pass away within hours of each other. And on Independence Day no less.

You can probably see where this is headed. 145 years after their deaths, Thomas Jefferson and John Adams were reunited.

The Hall of Presidents was one of the headlining attractions in the Magic Kingdom opening day line-up. It was a Magic Kingdom original, finally fulfilling the promise that had started with Great Moments with Mr. Lincoln at the New York Worlds Fair.

The busts of Thomas Jefferson and John Adams were (like all of the original attraction presidents) either sculpted by Disney master Blaine Gibson or replaced with a ridiculous mop. Though neither Jefferson nor Adams has a speaking role in the attraction, they have been side-by-side in the roll call since that first performance in 1971.

The Hall of Presidents was planned as a second animatronic show to compliment the Declaration. But then the Worlds Fair came along and Lincoln took over, leaving the Disneyland project in the dust. Liberty Street eventually became Liberty Square at Disney World’s Magic Kingdom, and the Hall of the Declaration of Independence was lost to time…

… Until it basically popped up again as a scene in The American Adventure in Epcot. Thomas Jefferson, as the Declaration’s author, is still present. As is Franklin, because you know he’s going to wedge himself in there somehow.

John Adams, unfortunately, never made it to Epcot. Unless you count the Samuel Adams beer stand that shows up from time to time during the Epcot festivals. And yes, we know Samuel Adams isn’t really John Adams. But he is a second cousin.

This last one isn’t just a tangential Disney death coincidence. The Disney connection is the whole point.

When Disneyland opened in 1955, one of Walt’s personal favorite attractions was the Golden Horseshoe. A spirited live cast performed this musical variety show several times daily in Frontierland. Betty Taylor handled the Master of Ceremonies duty for many decades as the effervescent Sluefoot Sue. She was equal parts songstress, comedienne, and consummate hostess.

One need look no further than our favorite episode of the Wonderful World of Color TV show. In “A Night at the Golden Horseshoe,” the full grace and beauty of Betty Taylor is on display as the Revue celebrated its 10,000 performance.

For that episode and for most of her 40,000-plus live performances (a Guinness World Record), she shared the stage with Wally Boag, who played the irascible travelling salesman Pecos Bill.

Boag was the “Clown Prince of Disneyland” — a gifted comedian who could always bring a smile to Walt’s face. Hollywood star Steve Martin credits Wally Boag as one of his major influences. Martin spent several formative years working at the Magic Shop in Disneyland, affording him an up-close view of a comedic genius at work.

Boag would later travel to Florida to perform in the Diamond Horseshoe Revue. He even made a guest appearance on The Muppet Show. His theme park legacy can still be felt today. Wally Boag is the voice of Jose in the Enchanted Tiki Room (as well as the Tiki Room’s long-lost Barker Bird).

Not to be outdone, his co-star Betty Taylor had an animatronic performance of her own in Disneyland’s America Sings. She sang one of her Golden Horseshoe standards, “Bill Bailey,” during one of the ride segments. That ride sadly closed years ago. But you can still find the animatronic singing pig in Splash Mountain.

Like Carrie Fisher, Wally Boag is himself an official Disney Legend. He’s also the beneficiary of his own window on Disneyland’s Main Street. Parkeology still hotly debates whether Wally is the greatest park star of all time. Shane is definitively Team Boag while Ted still holds out for Thurl Ravenscroft.

Wally Boag passed away due to complications from Alzheimer’s disease on June 3, 2011.

The following day, Betty Taylor passed away in her home in Washington State at the age of 91.

Harry Houdini’s name is synonymous with inexplicable escapes that defy logic and baffle the mind. He was a master illusionist, a daring escape artist, and perhaps still the world’s most famous practitioner of the mystic arts.

Houdini himself would scoff at the idea that there was any real magic behind his performances. He loved using the science of his craft to amaze his audience. And he had no patience for anyone who claimed to possess special powers.

He was especially vicious when it came to seances and mediums. His career as a debunker of supernatural phenomena rivaled his reputation as an illusionist. We like to think that he would have loved the Haunted Mansion, with its boundless realm of Pepper’s Ghost effects, secret projections, and two-way mirrors. All of these were gimmicks straight out of the spiritualism of Houdini’s day.

How strange, then, that Houdini would die on the one day of the year that celebrates the supernatural.

The Weird Death Connection to Disney

This one has to be just a weird death coincidence, no matter how delicious. Surely some enterprising Imagineer didn’t do this deliberately. Or did they?

Consider the number Thirteen. The unlucky number. Everyone knows this.

Thirteen is the Death card in the Tarot. Friday the 13th is the day when things will go wrong and homicidal maniacs will stalk you in the woods.

In the Haunted Mansion, the strange clock chimes 13 o’clock. And hotels avoid the number like the plague. They almost all omit the 13th floor. In the Hollywood Tower Hotel at Disney’s Hollywood Studios, the 13th floor is where things go wrong. That’s why they call it the Tower of Terror.

Ah, the Tower of Terror. That famous disappearing act from which no one can escape.

You all know the tale. It begins in Hollywood, 1939. One stormy night long ago, five people stepped through the doors of an elevator and into a nightmare.

A stormy night in 1939? But which night exactly?

There are hints around the hotel and even a sign that explicitly gives the date. Ever wonder why there are jack-o-lanterns in show windows at the ride’s exit? They are there year-round. Because time at the Hollywood Tower Hotel has stopped, ever since that fateful elevator disappearance.