There’s a part of me that is afraid to write about Lucasfilm and Disney. If there are two obsessions I have shared since childhood, it is theme parks and Star Wars. And not always in that order. There’s a good reason why I created parkeology.com and not bloggathehutt.com. For one thing — in spite of making up that name on the spot, off the cuff, just now — I did a google for that title and found out there is already somebody writing as Blogga the Hutt. Also, I’m trying to coin a new phrase, “did a google.” T-shirts coming soon. But probably the main reason I don’t write a Star Wars blog is that I live in Orlando, FL and not Marin County, CA. I love both topics so much, I basically turned the whole decision over to geography. 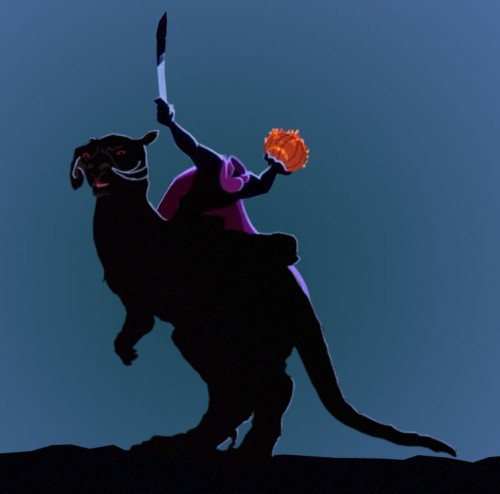 The most appropriate Halloween image I could come up with.

Growing up, I would go to Disney once a year if I was lucky. But we had Star Wars on VHS all year long. If someone put a gun to my head and said “Pick between Disney theme parks or Star Wars movies,” my first reaction would be “That is a really weird thing for you to be basing your homicidal tendencies on,” but my second reaction would be “If I choose the parks, do I get to keep Star Tours?”

So yeah, I’m afraid to write about this, because I have a sneaking suspicion everyone will be writing about it. It’s all we’ll talk about for the next 5 years or however long it takes for them to finally decide which piece of Hollywood Studios they’re going to rip out to put in that Cantina restaurant, which everybody and their cousin knows has to be coming, because it has popped up at least 16 times in my Facebook feed.

And I’m not sure I want to hear everybody talking about it, you know? Because I feel like it’s sorta my thing. Like I’m the only one in the world who truly understands just how awesome this is. How could anyone out there truly have the same grasp and appreciation for both of these subjects that I have? They don’t deserve to get to talk about Star Wars and Disney together! I’m the one who built a scale model of Epcot in the same room where I filmed my shot-for-shot remake of Empire. I’m the one who took all my Star Wars action figures on Disney vacations with me. I’m the one who first drew up some Cantina restaurant concept art, lightyears before anybody thought of that idea. And I’m the one who suffered the shame when my mom said “You are a college graduate! Stop bringing your action figures into the parks.” In so many ways, this is culmination of a lifelong childhood dream. I’m the only one whose opinion matters!

This is absolutely wrong, of course. When you think of crazy fan bases, it’s hard to find two more rabid than Disney and Star Wars. You can’t walk 10 feet in Orlando without tripping over a Disney fan. And I really wish the city would do something about that, because I’m sick of all these passed out people cluttering our walkways. And you can’t go anywhere in America without bumping into a Star Wars geek. We’re everywhere. Young, old, black, white, male, female, it doesn’t matter. Disney and Star Wars are all-consuming, and the overlap is inevitable.

I suppose it comes down to jealousy on my part. It’s like it’s my wedding day, and all my friends suddenly are getting married too. This is supposed to be my special day! And now I have to share it with every Disney fan on the internet.

It would be silly to for me to try to communicate what this means. Every fan knows what this means. Harry Potter? Ha! It was cute while it lasted, Universal. Hollywood Studios resurrected from the dead. A 1-2-3 knockout punch at the box office (Pixar-Marvel-Star Wars). And I am desperately fighting the urge to tell you all my ideas for Star Wars rides. Oh, I’ve got them. Have no doubt about that. So do you. So does everyone.

So what can I contribute to the discussion? Is it possible for a little blog like this one to add anything to the crush of expert analysis that has already hit the interwebs? I think the one perspective I can offer is that I have no perspective. When it comes to this deal, I am all-in. Blindly faithful. No downside to be found. To me, this is Christmas Day, and I’m the Nintendo 64 Kid (just do a google). My thoughts did not immediately jump to whether this is a Potter killer, or what will happen to Avatarland, or jokes about Jar Jar (okay, maybe one joke), or that motherlovin’ Cantina Restaurant. That will probably all come later. Today, I’m just going to enjoy it.

Disney now owns Star Wars. How cool is that? 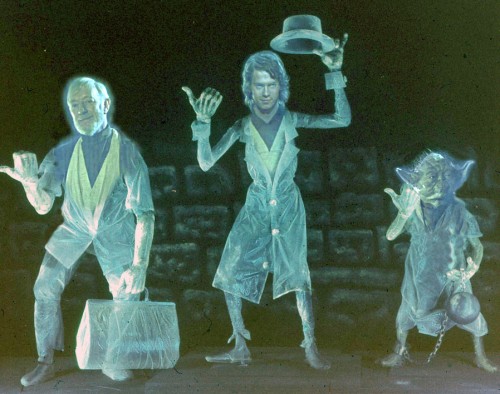 The bad Photoshop image I have been waiting a lifetime to create.