A friend of mine set it up. He said she was his cousin and had trouble meeting nice guys. From her picture, she didn’t look like a girl with that kind of problem.

She had a slim figure and a pretty face. Classically beautiful, they call it. Maybe her fashion sense was a little on the quirky side, but that kind of thing can be attractive, if done right. Her number was on the back of the photo. I called her the next day.

Our first phone call lasted three hours. She had the smoky, sexy voice of a young Kathleen Turner and a dark wit to match. We discovered we had a lot in common. Liked all the same shows, read the same books, even ate the same kind of cereal. She did a great impersonation of Tony the Tiger. Of course I asked her out. She accepted straight away.

The plan was to meet at a cozy Italian restaurant downtown, do the dinner thing, and see what happens. When I got there at seven, the maitre’d told me that Leota had already arrived.

He took me to a table near the kitchen. I remember it was very dark in the restaurant. Mostly candlelight. The noise from the kitchen was a little distracting. But the most glaring thing to me was that I was alone. The chair across from me was empty.

I waited a few moments, thinking maybe she had just stepped away to freshen up, but after twenty minutes, it became clear that I had been stood up. I paid for my drink and left.

A week later, I got a call from my friend, wondering why I had been so rude. I explained that she had never appeared, but according to him, the girl had been there the whole time. We argued and both hung up angry.

A week later, I was still feeling sorry for myself. I knew no one in the city, and was lonely enough to give her another chance. Our second phone call was maybe not as great as the first.

She seemed to think I had ignored her and even stiffed her with her portion of the check, which I thought was a little presumptuous. But after talking to her for awhile — man, she had a great voice — we ended up apologizing to each other and agreeing that the whole thing must have been some big miscommunication.

It was not until our second date — at a much brighter restaurant without any tablecloths to hide the chairs — that I realized my mistake.

Leota was only seventeen inches tall.

It threw me off my game. I don’t consider myself a shallow guy who judges only by what’s outside. It’s just that there was so little of it.

Little Leota brought her own silverware to the restaurant. Tiny forks and tiny spoons, like something out of a doll set. I offered to share a meal, but she insisted on ordering her own entree. She declared herself stuffed after three peas. Dessert was the chocolate shaving from my mousse, which looked like a Hershey bar in her hand. And of course nobody wants to be the guy who gets a doggy bag for his date’s untouched filet. Especially when both the dog and the steak outweigh her.

The plan had been to catch a movie, but already I was having second thoughts. Especially since my first choice was Ant-Man, and the backup was some Jack Black flick. 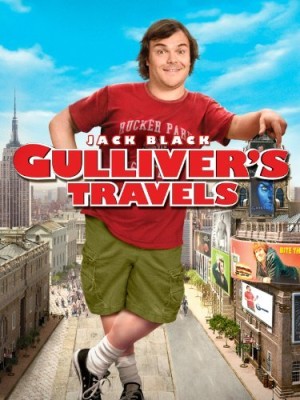 I suggested coffee, but Little Leota said anything more than half a thimble and she’d be awake for hours. We passed a miniature golf place, but I couldn’t think of polite way to propose it. Bowling, of course, had disaster written all over it.

We settled for a walk along the canal. After half a mile, I felt her tugging at my shin, asking for a break. She was dripping in sweat like she had just run a marathon. I spotted one of those carriage rides through the park, and at first she was hesitant due to some childhood trauma involving hungry horses. But eventually we got settled in. The driver only charged me for one. I think he thought I was a single rider.

Halfway through the trip, something stung my knee. I guess Little Leota was feeling frisky. I coughed and mumbled something about taking it slow. I offered to hold hands. Her grip was like the caress of a spider.

When I dropped her off at her place, she asked if I wanted to come up for a night cap. I could see she had a little more in mind and I just couldn’t wrap my brain around that. I said I was beat, but she just stood on the plant ledge by the front door, waiting expectantly. Finally I bent down to give her a hug good night and she went straight for the kiss.

I hardly knew it was happening. One minute I’m awkwardly leaning over the railing, the next minute her hands are groping my chin. I held it maybe a second too long. The way she was pushing her mouth against mine, I was sure I had lipstick all over a small section of the dimple of my upper lip, like a minor shaving accident.

I broke away, and that’s when it happened.

Little Leota fell off the ledge. A four foot drop into the flower bed beside the front steps. A little over half my height. A significant fall for her. I tried to catch her, but missed. She landed hard and not on her feet. A few of the flowers were crushed.

I took one look and knew it was bad. I panicked and said I would go for help. And I ran. A thousand thoughts rushed through my mind, none of them good. Already the flowers concealed her body from the road. It might be weeks before she was discovered, I told myself. If at all.

And who knew I had been with her that night? The waiter had given me a weird look about the two steaks. The carriage driver thought I was a loner. Even her cousin who introduced us didn’t know we had given it another shot.

The more I thought about it, it seemed better to just pretend it was all a bad dream. Walk away from little Leota forever and forget the whole thing ever happened.

Without a body, she would be just another missing person. No death certificate. And the scary thing was, Little Leota was so little that the sound of her pleading cries faded almost as soon as I reached the street.

And yet, on silent nights when I sit in my bed staring at shadows, I still hear those plaintive wails in my head, in that sexy, wonderful voice that so drew me to her in the first place.

“Hurry back… Hurry back… Be sure to bring your death certificate, if you decide to join us. Make final arrangements now. We’ve been dying to have you…” 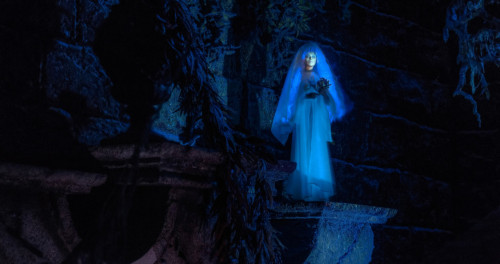