This post is part of the Disney Blog Carnival.  Head over there to see more great Disney-related posts and articles.
—————— 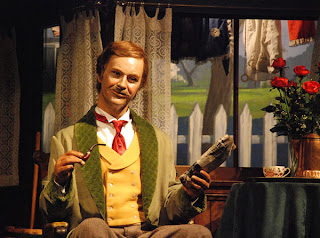 Remember those hallowed days of childhood, where you had your own special group of friends?  You were all in the same class, you sat together at lunch, you played during recess.  You’d lose track of them over the summer, but when August rolled around, there they were, waiting to resume your old games as if those three long months of vacation had never happened.

Then one year, you showed up on the first day of school and one of your friends had changed his name.  He no longer wanted to be known as Buzzy.  Instead, he was now Robert, and he had forsaken Transformers for Megadeth.  He wore his hair a little longer and had lost the glasses.  Same kid, but not the same at all. 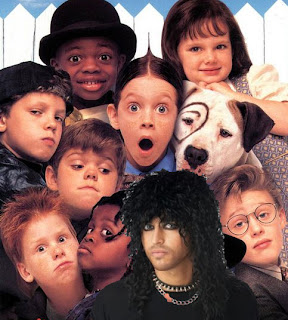 And then years later, maybe at the 10-year reunion, you ran into Robert again, and he was balding underneath a buzz cut, the glasses were back, and he was sort of a Michael Bay geekazoid.  And it was like those 10 years of life had never happened.

This is a long way of saying welcome back, Peoplemover.  We’ve missed you.

There’s just one problem.  The ride is the same as it was 30 years ago.  Sure, there’s some new signage and different narration, which probably cost about $1000. 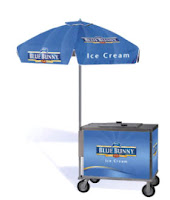 Or an hour’s profit from one of these babies.

This isn’t like going from Honey I Shrunk the Audience back to Captain EO.  This is just your kid brother insisting that you call him Shazaam for a week, even though he’s still the same snot-nosed pest he always was.  TTA, Peoplemover, Captain Klactuu’s RoboCubeTrain… It doesn’t matter.  It’s a boxcar on magnets, and has been since Nixon was president.

Don’t get me wrong, I love the WEDway TTA NRA DorisDay Peoplemover.  But Disney has a strange habit of renaming things just for the sake of renaming them.  I thought it might be fun to recap some of the biggest changes that changed nothing, in one of those famous internet Top 10 lists.

What, you think Disney doesn’t do this on a regular basis?  Well look no further than…

I didn’t even have to go back more than a couple of months, and already I’ve got a major renaming hit!  Yes, think back to those heady days of anticipation, when Summer Nightastic had everyone salivating for Walt Disney’s World’s brand new offerings (leading to three months of mournful disappointment).  Before it even really began, Cinderella lost her fairy tale Golden Carousel to her ex-husband, who promptly changed it to Prince Charming Regal Carousel.  Guess she should have insisted on that pre-nup. 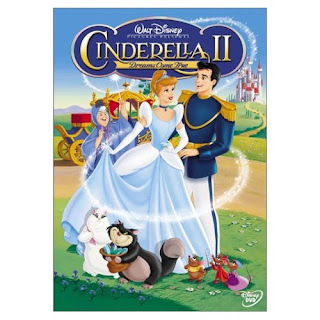 Their marriage went south shortly after this hit the market.

Out of everything on this list, this one might be the most ridiculous, for one simple reason:  Disney invented a “backstory” to go along with it.  Every fan knows that the best Disney rides have stories, and Disney tried to tap into that sense of moral superiority by offering one for the Carousel.

The only problem is, it’s a freakin’ carousel.  It’s been a carnival mainstay for 150 years, as common in amusement parks as cotton candy and popcorn.  Disney has never offered up a backstory for cotton candy, but for some reason, they felt the need to trot out some overwrought story about stables, a horse grooming competition, and Prince Charming’s desperate need to earn his stern father’s acceptance, or some such nonsense.  It was literally the worst idea you could ever think of for why there were wooden horses running in circles in the middle of a theme park. 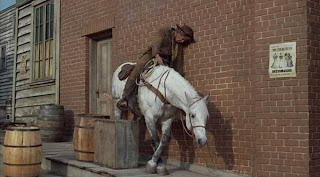 My idea was drunk horses failing the “straight line” test.

I guess Disney thought all the fans were too dimwitted to see through the obvious reason for the name change, which is that Fantasyland was becoming a little too princess heavy.  And because everyone knows how much boys like A) white prancing ponies, and B) mamby pamby princes who spend their time swooning over glass footwear, Prince Charming scored his own ride.

He then proceeded to mess it up by forgetting the possessive apostrophe-S after his name.  They didn’t have that problem back in ’94, when the creators of the new Tomorrowland changed the Carousel of Progress to Walt Disney’s Carousel of Progress (‘cuz, ya know, he built the whole thing himself).

Okay, at least this one was a contractual thing.  Once the agreement is up, you can’t use somebody else’s name.  And while it’s doubtful that MGM would have complained about the free publicity, the Walt Disney Company (which has itself changed names 3 or 4 times in its history) decided that it was worth the extra expense to change all the signage in the Disney/MGM Studios Theme Park to Disney’s Hollywood Studios.

Think about all the places where the park name appears.  Besides the obvious marquees, you have to go change all the road signs as well.  And the bus station labels.  And the giant water tower.  And the tram spiels.  And the paper napkin logos.  Thousands and thousands of changes across property.

And what really changed?  The Wicked Witch still threatens you in the land of Oz.  Bogey still tells Ingrid to get on that plane.  The only MGM character that got the boot was Leo the Lion, and he got his own Regal Carousel out of the deal, so what is he complaining about? 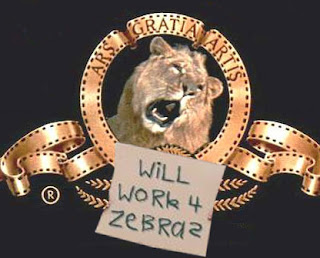 Show me a bold new vision in zoological parks, with a heavy emphasis on conservation and natural habitats, and I’ll show you a park that can’t decide when the use of monkeys is appropriate. 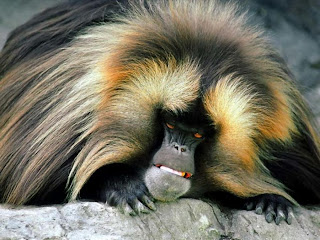 When it comes to the Bibbity Bobbity Boutique, the answer is “never”

When Imagineers invisioned concepts for Animal Kingdom, one of the first things on the drawing board was an Epcot-style pavilion devoted to conservation and education.  It would house open veterinary operating theaters, interactive exhibits, and bathrooms with wonderful factoids about poop (all of these ideas made the final cut).  The name for this breathtaking exhibit combined the stodgy, school-marm quality of “Conservation” with the old-fashioned, railroad-buff nostaligia of “Station.”  It was a can’t-miss name for today’s on-the-go, forward thinking families.

Surprisingly, no one showed up.

After analyzing the problem, Imagineers quickly realized that the problem was not with the fact that the proposed “See a Vet Cut Open a Cheetah” exhibits were usually empty (or at best contained a groggy, drugged wild duck).  Nor was there any concern that a talking Grandmother tree was not exactly the stuff of childhood adventure.  No, obviously the problem was the name.

Enter Rafiki, and his zany bag of hoodoo monkey tricks. 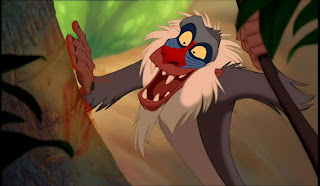 Not frightening in the least.

Hey, kids love the Lion King, and if you’re going to entice them to learn about conservation, you could do far worse than have a popular character from the movie lend his name to the billboard.  Conservation Station became Rafiki’s Planet Watch — leaving all the original exhibits in place, and adding a Rafiki statue near the train.  Imagineering flung open the gates and waited for the hordes to descend.

Last Call for the Boredom Express!

Meanwhile, another band of Imagineers set up camp in Africa and dreamed up new and exciting ways to sabotage the guest experience.  One of the great selling points of Animal Kingdom was the up-close encounters with the animals.  Gorillas were a major draw, and the park offered a walking trail where you could visit these primates in their natural habitat of cramped jungle acreage surrounded by human video cameras.  To make sure that guests knew what they were getting themselves into, this adventure was called Gorilla Falls Exploration Trail.

Eventually, somebody (maybe the Gorillas themselves) decided that the name was a little too on-the-nose.  After all, we don’t want to make it easy for guests to find out where the gorillas are just by looking at the guide map.  It would diminish their sense of accomplishment if they weren’t encouraged to slog around Disney’s biggest theme park, peering in the bushes and pulling their hair out to find the primates.

So the name was changed to Pangani Forest, for no reason other than to screw with guests’ minds.  And it works. 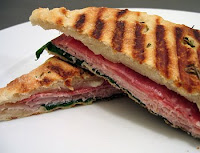 Pangani sandwiches are my favorite

Many people don’t know this, but the Polynesian Resort, one of Walt Disney World’s original hotels, was once known by a very different name.  When the resort opened in 1971, it was called the Polynesian Village Resort.  But as you no doubt learned in grade school, people from Polynesia find villages to be very offense (they prefer “towns” or “seaside communities”).  So in the 1980s, the “Village” was dropped from the title.

The Resort hotels thought their days of angering people were over, but wouldn’t you know it, history repeated itself.  In 1992, Disney opened a pair of moderate hotels:  Port Orleans and Dixie Landings.  One had a classy, welcoming style.  The other was based on New Orleans.  Both resorts are still there today.

By 2001, the word “Dixie” had taken on some slightly racist overtones in connection with the Old South, and Disney decided to just rename their hotel rather than to try to explain their pure intentions.  Dixie Landings became Port Orleans Riverside — sparking outrage among Polynesians, who prefer the term “Waterfront.” 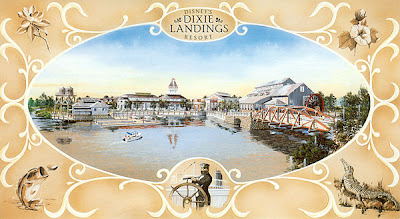 Just looking at the hatred in this picture makes me sick.

6.  If Sponsors Had Wings

The ride currently known as Buzz Lightyear’s Space Ranger Spin has had a troubled past when it comes to renames.  It was originally a glorified commercial for Eastern Airlines (its sponsor), called If You Had Wings.  And if you think “it’s a small world” has a repetitive theme song, then you obviously never rode this Tomorrowland classic.

As fate would have it, Eastern Airlines severed its relationship with Disney World while in the midst of ongoing labor problems.  Four years later, they were bankrupt. 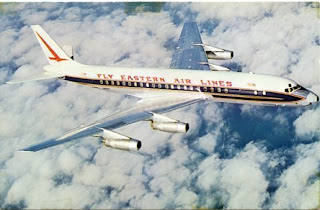 “Ladies and Gentlemen, this is your Captain.  I know this is probably your first flight, and it’s — ha ha — mine too.”

Disney left the ride, but cast about for a new title.  They came up with If You Could Fly, which turns out to be not very Tomorrowland-ish, since airplanes have been around for a hundred years. 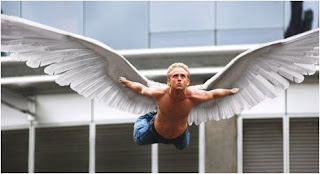 Whereas If You Had Wings predates X-Men 3 by 35 years.

In 1989, If You Could Fly was replaced with a new ride-thru pop-up book known as Delta Dreamflight.  It was essentially a glorified commercial for Delta Airlines (its sponsor).  As fate would have it, Delta severed its relationship with Disney World in 1996.  Roughly 10 years later, they were bankrupt. 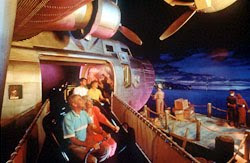 Disney promotional image.  Seriously, why are they all fascinated by the propeller?

Disney cast about for a new title and settled on Take Flight, which isn’t very Tomorrowland-ish, since pretty much every Disney guest took flight in order to get to Orlando (as opposed to a Dreamflight, which would have taken them to Tokyo DisneySea).

Heaven help you, Buzz Lightyear, if you ever pull out of this location.  You’ll be broke within a month, and we’ll all be riding Planetary Commando Rotaters.