Everything was going great on our Cruise aboard the Disney Dream until my 7 year old daughter asked about Donald Duck’s penis… but more on that later. 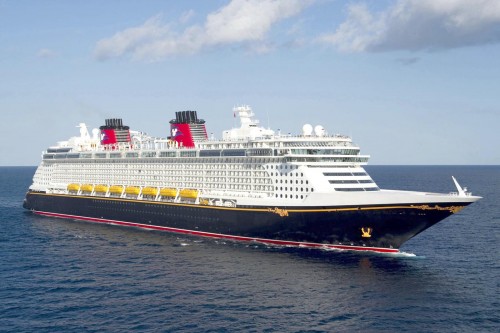 We have very defined roles around the Parkeology offices.

For example Shane writes frequent updates, he maintains the day in and day out technical aspects of the site, he visits the Florida parks often scouring for small details and interesting stories and he keeps the fridge full of various high calorie / low quality energy drinks.

On the other hand I disappear for months on end, rarely do any actual work and forget my passwords often. Yes, I’m in charge of a very important annual tradition and I am an expert in certain areas but Shane is clearly the brains of the operation. HOWEVER I do take trips. That’s my thing… I’m the guy who has been to all the parks everywhere and I know it really pisses Shane off… I like it that way.

Recently we decided to mix it up and instead of visiting a park or resort we hit up the Disney Cruise lines. People seem to love them in that creepy, brain-washed-zombie sort of way you sometimes see happen with Disney fans.  It’s not that people like the Disney Cruise Line; they LOVE it.  They want to marry it and have children with it.  They want to hide away and never leave the luxurious and impeccably clean confines of the ships.  It’s the greatest experience of their lives. Calling fans of the cruises devoted is like calling the Taliban “loyal”, frankly some of these folks seemed a bit insane to me. 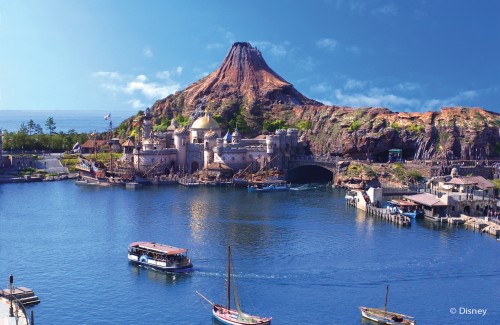 I’ve always been a fan of the Disney parks and their history, really my whole life at this point, but I have never cared all that much about other aspects of Disney.  The movies are fine, I enjoy some of them quite a bit, but that’s never been my thing.  Minnie Mouse shower curtains make me gag, snooping around for hidden Mickeys is a waste of time.  In other words I have a narrow but fairly deep interest in the history of the theme parks, what makes them work, how they came to be, but the Disney Cruise Line does not offer any of that. They offer all the aspects of Disney that I don’t care about: cloyingly cute shows, choreographed fun and lots of Mickey branded swag. 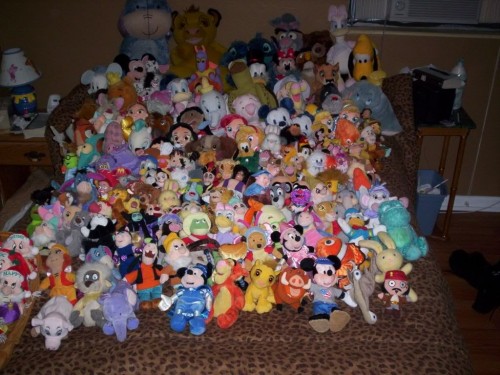 I have never had a desire to take a Disney Cruise in fact I have had a strong aversion to it. Cruises in general have always kind of creeped me out.  It’s something for old people, unadventurous people or people who enjoy eating tremendous amounts of crappy (but “free”) food while jammed around a very shallow pool with 1,500 other people all rocking out to some Jimmy Buffet tunes. 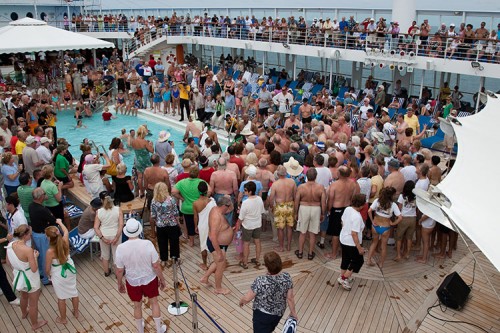 They are full of what I call “forced fun”. It’s the same thing we used to see at the old Pleasure Island, people acting like they were on vacation rather than actually being on one. I know in my heart that no one REALLY enjoyed pretending that it was New Years Eve every night. I know that no one truly thought having some lame confetti cannon blow some sparkly glitter in the air was cool or fun or clever or anything other than tedious. However there is a certain group-think feeling of “forced fun” that happens in these situations. People feel that they are paying a lot of money, that they are supposed to be having fun and that they are in a situation that is meant to be fun, therefore they force themselves to pretend to have fun. It’s like how those hypnotists shows work… we all just go along with the flow, do what we are told and hope things turn out OK in the end. This is what I expected from cruises. 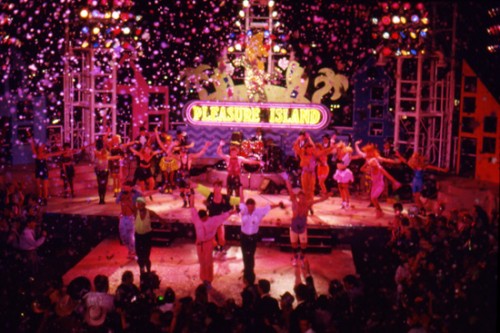 Not fun. Not even PRETEND fun.

Throw in the mix some Disney foam head characters, scores of sticky kids running un-tethered and lots of lines for everything (and perhaps some sea sickness) and I was not expecting a lot of this.  But this was never about me; this was about my parents and their desire to spend time with their grand daughter (the aforementioned 7 year old).  The die was cast and I was along for the ride. 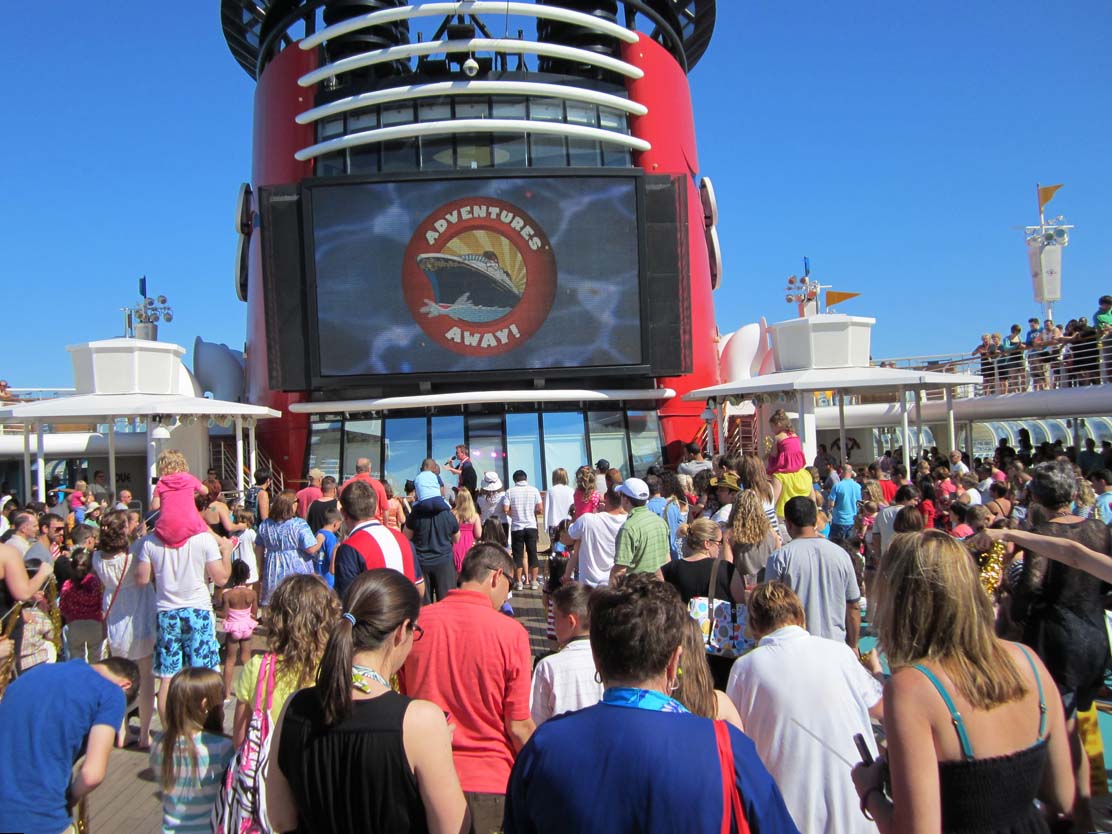 It was a 5 night Caribbean Cruise.  Nothing fancy, we were leaving from Port Canaveral in Florida… cruising around the Caribbean a bit, stopping off at Disney’s Private Island (Castaway Kay like I need to tell any of you that) a couple of times and a brief stop in Nassau.  This is pretty standard cruise stuff.

Things went smoothly at the terminal and as expected it was nicely done. Likewise boarding the ship went off without a hitch.  I was not super fond of being forced to have our group picture taken (so that they could try to sell it back to us later) but this is par for the course I understand. 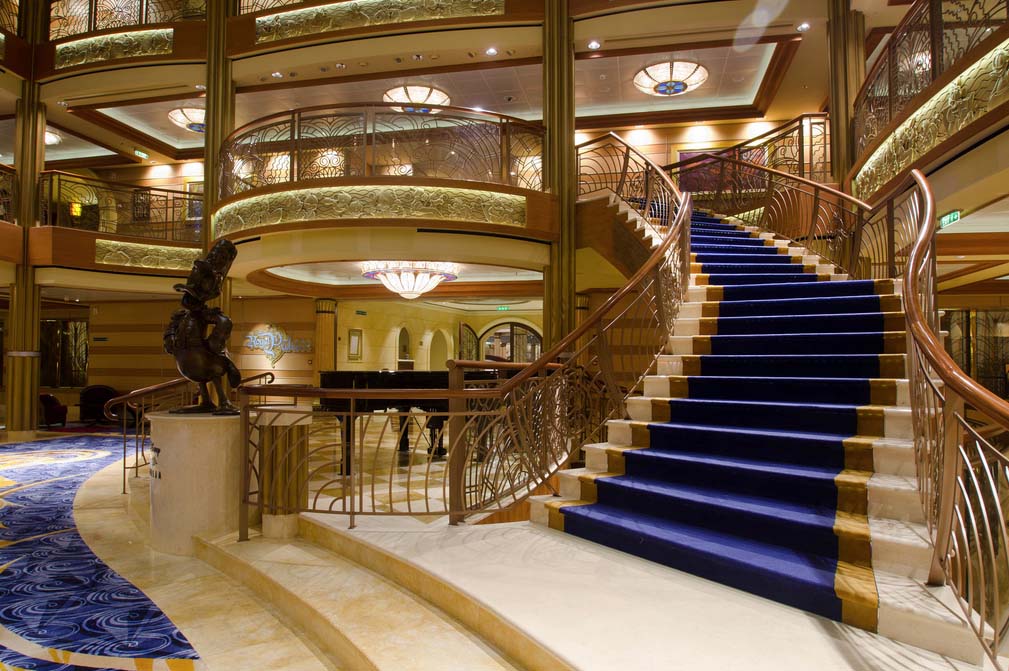 Yea, they got this part…

The ship is nice… let’s just get this out of the way right off the bat.  I’m not going to give you all sorts of details about the layout and the offerings because it’s all out there and done much better and more in depth than I could ever do.  I just want to share my little personal experiences and opinions with you, order the free DVD if you want to plan a trip. Anyway, yes, the ship is nice.  It looks just like all the pictures you have seen.  Both the inside and out were clearly superior to other large ships that we saw.  Disney knows how to do this kind of thing and it is all executed exceedingly well.

Upon getting all the passengers on board I was happy to see that the ship did not seem THAT crowded.  It was full for sure but not crushingly so.  Even at big group events things felt orderly and under control, much more so than much of what happens in the parks actually. The first big event was a kick off “Bon Voyage” party.  In most cases this is held on the upper deck but it was raining a bit when we left so it was held in the main lobby. 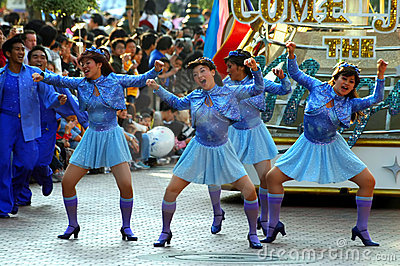 Hundreds of people jammed into the lobby and out pranced Mickey and Minnie and some poor college kids who had to serve as background dancers (and later we would see doing many other duties such as ushers in the theater or hosts at restaurants).  Cue the music and here comes the cheese.  Typical Disney “party” music blasted and of course confetti flew.  Foam heads bobbed around, college kids gamely rocked it out and the forced fun was starting to set in. We also got to meet Leslie for the first time. Leslie is our impossibly chipper, incredibly peppy cruise director.  Leslie would not ask us if we were having fun, she would command us to have fun. Her smile beamed as though chiseled from ivory. Leslie is like every Disneyland Ambassador ever all rolled into one and over caffeinated to the extreme. I was starting to think that this was the start of what was going to be a very long week in captivity.

Then I noticed something. My daughter had pushed to the front of the crowd with her mom and was dancing with the music. Not fake dancing, not sarcastic dancing, not forced fun dancing. The smile on her face was genuine the joy was real. She waved her hands in the air when the MC told her to; she waved her dolls hands in the air as well.  As “Dynamite” blared from the sound system she bopped up and down as I had never seen her do before. Disney knows it’s audience… she is the audience, she is what this was about and seeing her that happy of course made me happy… those bastards!  Disney got me… they are some sort of master manipulators but they got me.  This wasn’t going to be exactly as I expected after all.

Continued next time in part 2.