So apparently Florida is being overrun by giant snails. I think it would be moderately terrifying to have my life snuffed out by a slow-moving half-blind giant shell, but I knew it was a risk when I moved down here. All those Florida retirees in their Cadillacs…

As plagues go, giant snails is several levels below zombie apocalypse, but still ahead of the Duffy invasion. If the state can relax the poison rules when it comes to enormous hard-backed slugs from Africa, why can’t it declare open season on creepy bears from Japan? 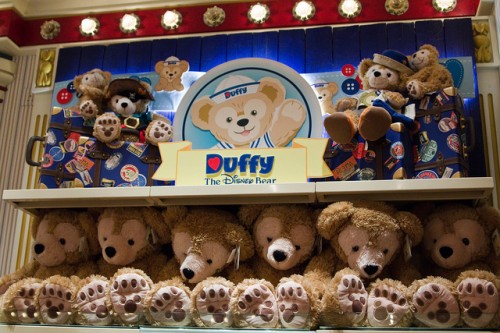 Giant snails have roamed Disney World for a few decades now. If I had to point out the most obvious example, it would be at Voyage of the Little Mermaid, where four gleeful calcium-deficient nightmare creatures partake in a little song-and-dance number, proving that nobody is happier than when they are glowing with florescent space goo. 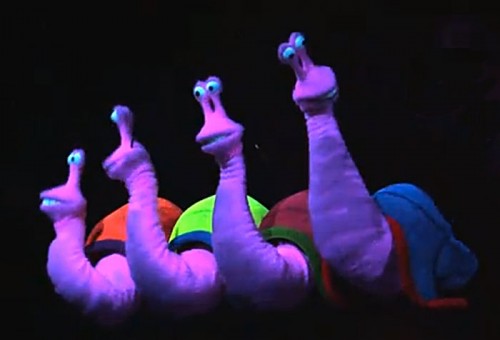 One to devour each limb.

But I’ve had a secret favorite animatronic snail for awhile. I think he has existed since Epcot’s first days, but I only noticed him a year or so ago. His grotesque little eye stalks actually wiggle, and if you listen closely, you can actually hear a dedicated slurping audio track as he sucks the life out of a defenseless child from the previous show.

He’s very hard to spot. Snails don’t like the light. They prefer the darkness, where evil lurks and dreams decay. This makes it virtually impossible to snap a picture of him, especially since I always obey the flash photography rules, except when it suits my purpose not to.

Below is the shot of the snail during my obey-the-rules phase. In spite of my best attempts to brighten the picture, it refuses to look like anything other than the neon vomit from the Little Mermaid snails. I think in the years to come, this picture is destined to become the “Bigfoot Evidence” equivalent of the entire giant snail invasion myth.

You can just barely make out some blurry eye stalks and a shell.

Honestly, I’m sorry I couldn’t get a picture, but I do encourage you to keep an eye out for him the next time you ride Universe of Energy. He is high up on a rocky ledge, on the right, after passing the Tyrannosaurus vs. Stegosaurus battle. It’s a transition area, before you reach Ellen and the giant Elasmosaurus. Even when you’re looking for him, he’s difficult to spot.

It’s so weird to think that they actually created some dedicated mechanics for this thing. He’s hidden, barely moves, is unlit, and frankly not doing a whole lot. Wouldn’t it be hilarious if it wasn’t an animatronic at all, but a real giant snail, trying to take down Universe of Energy from within? Perhaps he’s calling for his brethren snails right now. Suck. Slurrrrp. Ha ha. Ha ha ha. Ha. (I laugh when I’m scared).