I am self-diagnosed with OCD, which means I just offended everyone who is professionally diagnosed with OCD. But I love a good fixation, and Disney gives me many opportunities in which to sink my teeth, as if I were a vampire and the theme park was a nubile young neck, throbbing with plasma and begging for a bite. 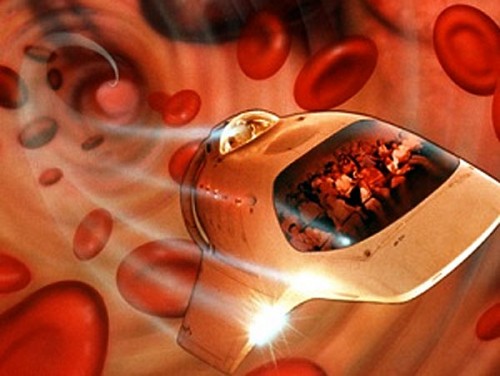 It’s one of the reasons why I’ve decided to go for WDW47. It’s a challenge. A complex puzzle. A seemingly unsolvable equation. It has consumed a lot of my time lately. Teevtee and I have had some marathon brainstorming sessions on how to complete it, and we keep coming up empty. There are some fundamental roadblocks we just can’t seem to get past. The parks are their own universe, with their own laws of physics. Some of them, you just can’t violate.

I’m dying to tell you what WDW47 is, but for now it must wait. It’s simply too early. Expect to hear me tease this thing for the next month or so. I promise I will give you fair warning before the actual attempt. Just as NASA must carefully plan launches, waiting for everything to align, so must WDW47. There is a window, but it’s a tight one, and it doesn’t come along for several more weeks. In the meantime, I will need something else to fixate on.

Like flying elephants, for instance. Like I said, I’m drawn to the details, and occasionally I’ll hit upon an idea to plus things. It might be big, or it might be infinitesimally small. This is one of the latter.

Unlike the Magic Carpets or Triceratops Spin, which use numbers on the ground to assign you to a vehicle, Dumbo uses tokens. There are 16 Dumbos, and so there are 16 tokens. When the ride operators are planning for the next group, they hand a token to each party, and when they run out, they know they have enough people. It’s a nice way to keep track and improve loading efficiency.

I don’t mean to complain, but the tokens handed out at Magic Kingdom look something like this: 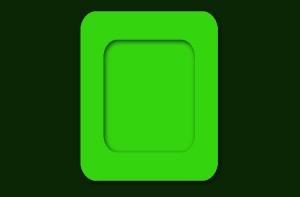 Or maybe it’s just a cheap way to create tokens for a theme park ride.

I have been ranting to close loved ones for years that Disney should choose something a little more imaginative than plastic green rectangles as tokens for Dumbo. These relatives are no longer close, and have tried to have me institutionalized. But the point still stands. Is it possible that there is some little item in the Dumbo story that actually could work well as a token for flying Dumbo? Let’s see, if I could just think about it for one minute… 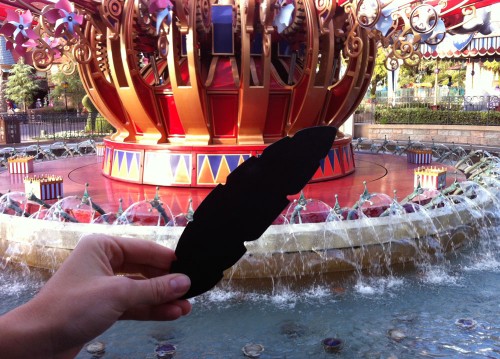 This is the part where I shout “Ta-Da!” in a triumphant, sing-song voice.

Yeah, so it turns out Disneyland actually uses my magic feather idea. I discovered it during my trip last December. I love them for it. Sure it’s just a cheap plastic black rectangle, cut in the shape of a feather. But it’s a wonderful little detail, and is exactly what I have been preaching for years. I think Disneyland management has been in contact with some of my relatives. I had this idea first, I’m telling you. Disney must have a tap on my phones (because I’m pretty sure I have pitched this idea over the phone to a random telemarketer). Anyway, I’m keeping an eye on them. If my next brilliant idea for the Magic Kingdom parking lot shows up, we’ll need to get hold of that telemarketer.