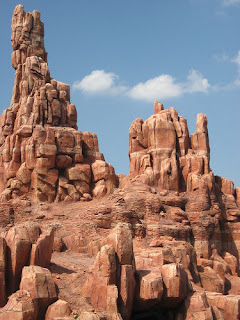 Forget about flooded ghost towns, howling bobcats, avalanches, steaming geysers, runaway trains, cave-ins, or shrieking flocks of bats.  If it’s grave danger you seek, you can start by looking in the loading area.

Legend tells of a Big Thunder Mining Company, which struck gold in this little corner of Frontierland. They expanded operations, riddled the mountain with mine shafts and ore tracks, and were soon raking in quite a fortune.  But apparently, nobody bothered to check with the Native Americans that lived in these parts.  As fate would have it, the miners dug straight into the heart of an ancient Indian sacred place.  The mountain rebelled, the gold dried up, the land was returned to the Indians, and Big Thunder became a Hard Rock Casino.  And if that sounds like the plot to Poltergeist, well, maybe that’s why the Imagineers planted all those Hidden Steve Guttenbergs around property.

Yes, the Big Thunder Mining Company dug too greedily and too deep.  You know what they awoke in the darkness of Khazad-dum: 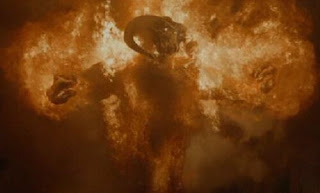 But also something much more dangerous.  I don’t know how familiar you are with mining practices and techniques (I’m an expert myself), but I do know that when you get down deep, ventilation becomes a problem.  The oxygen supplies tend to deplete, and methane gas builds up in the shafts (presumably because the miners lived on a strict beans-only diet).  This can make for a precarious predicament, especially since the gas might be odorless.  Your best indication that you had hit a pocket of bad air was that you would suddenly suffocate to death.  Needless to say, this was an accurate warning sign, but had a low survival rate. 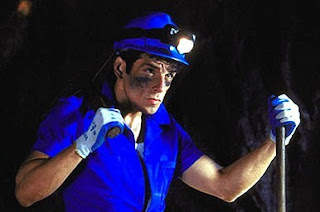 I’ve got the black lung, Pops!

Because miners were also expert biologists, they soon figured out that some animals possessed a particularly sensitive metabolism when it came to methane.  One such animal, the canary, not only had a lovely singing voice, but it would drop dead at the first sign of methane, alerting the heartier mining crew that perhaps they should head to the surface for a bit, and skip the double helping of beans.  It was sort of like a fire alarm in reverse.  Once it stopped tweeting, that meant something had gone wrong (just like teenagers today).

In Big Thunder Mountain the loading station on the right (as you come down the stairs) is most susceptible to the gas problem.  There’s a canary hanging in a cage on the exit side of the platform.  It’s off in the corner, and very easy to miss, unless you’re part of a wheelchair party, in which case you can get an up close view of it.  The bird doesn’t sing, but neither does it look dead, so I guess everything’s still okay.  But just to be safe, take the left tunnel, Indy. 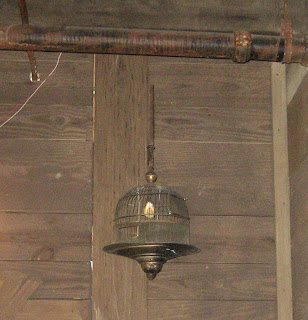 P.S. – Speaking of Guttenbergs, am I the only one that is fascinated by his legs?  Seriously, they are abnormally thin.  Like chicken bones.  I can’t not look at them every time I ride Spaceship Earth.  I feel like those things are gonna snap if he accidentally kicks the printing press. 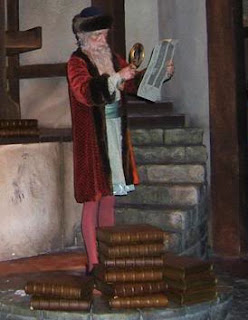