I’m wanting to do some kind of 2009 wrap-up here, but I couldn’t let a golden opportunity pass by, to pay tribute to a bit of history.  Well, actually I guess I could let it pass by, since I’m now 4 days after the anniversary.  But at any rate, you may not know that the Beatles have now officially been broken up for 35 years (and 4 days).

And of course, as with all major events of the 20th century, it happened at Walt Disney World.

Apparently John Lennon (a musician of some sort) was vacationing with May Pang (a companion of some sort) in Florida around Christmas of 1974 (“What?” you ask.  “No Yoko?  Oh no!”).  They were staying at a sleepy little hotel called the Polynesian Village.  Paul, George, and Ringo — who were apparently Universal fans — had already signed off, so the papers were sent down to John at Disney World and on the 29th of December, he signed them from his hotel room.  Or from the lobby.  Reports are conflicting on the exact location.  No word on when Pete Best signed, but it was probably sometime before the White Album. 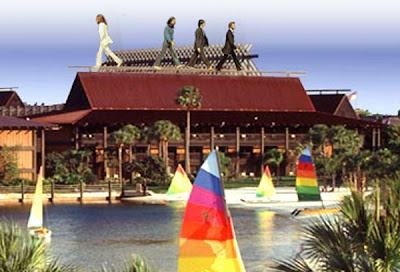 Anyway, there’s actually a photo of John signing the papers, courtesy of Ms. Pang, though you have to buy her book to see it, and you can’t tell that it’s the Polynesian anyway.  Here’s an article with all the sordid details of John’s affair, as well as the photograph in question (plastered all over with Ms. Pang’s copyright notice, so I can’t post it here.  Homewrecker).  I will not vouch for the family-friendliness of this content, but it is an interesting read. 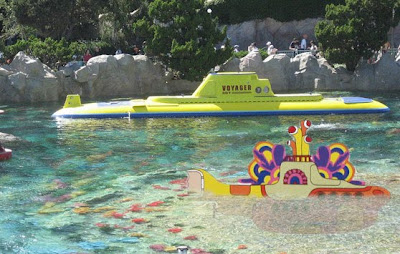