The show building now known as Stitch’s Great Escape has seen a lot of changes over the years, but through it all, one thing has remained constant:  Stinky chili dogs.  Or maybe that’s just the Stitch version.  At any rate, I hate that part.

But really, there is something else.  Every incarnation of the attraction has featured a preshow with an audio animatronic host giving a presentation to the tourists.  There have been no fewer than five versions of this preshow, and the host has changed names all five times. 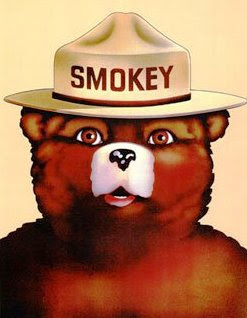 Smokey the Bear hosted the first version of the show when the Magic Kingdom opened in 1971.  As the lead-up to the Flight to the Moon attraction, Smokey warned young children about the flammable dangers of rocket fuel and eventually ushered in the age of WDW designated smoking areas.  Smokey did all this while disguised as a nerdy white dude in a labcoat.

Smokey’s cautionary tale was somewhat lost in the show’s script, in which Smokey played the head honcho of a Mission Control center, a scientist by the name of Tom Morrow.  With the aide of several video clips of 60s-era rocket launches, Tom (Smokey) explained the basics of our Flight to the Moon, and was memorably interrupted by a bird on the runway (who was only doing its level best to prevent forest fires).

George Walsh, who was a former Disneyland employee and the voice of the radio version of Gunsmoke, is the missing link here.  Walsh is credited with the recording of Smokey’s famous catch phrase (“Smarter than the average bear”), and he also likes to take credit for voicing Tom Morrow in Flight to the Moon.  Incidentally, Tom Morrow is the Disney name pun that simply will not die.  Tom Morrow is the host of Innoventions out at Disneyland, and appeared briefly as a tiny bot at Epcot’s Innoventions, and in select Disney Channel spots (where he was billed as Tom Morrow 2.0).  The Tomorrowland Transit Authority narration paid homage to this character as you rounded the Carousel of Progress.  “Paging Mr. Morrow.  Mr. Tom Morrow.  Your party from Saturn has arrived.  Please give them a ring.”  This is a pun, because Saturn was the Roman God of Parties. 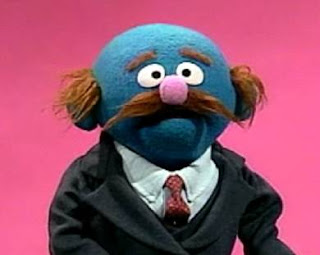 When Flight to the Moon became Mission to Mars, Tom Morrow was replaced by Mr. Johnson, who of course is Grover’s favorite customer on Sesame Street.  Mr. Johnson (in his Walt Disney World form) looked suspiciously like Tom Morrow — and even sounded like him (which makes sense, considering George Walsh weaseled his way into another voice contract).  The most obvious changes to the Control Center were that references to our moon flight were now replaced with references to the red planet.  They still did the same schtick with the bird and the runway.

The most glaring question to arise from this new show dealt with Mr. Johnson’s educational background.  If this is NASA or some such fictional organization, shouldn’t he have been Dr. Johnson?  Is this just some random dude who worked his way up from the mail room to the position of Mission Commander? Does he even have a degree?  I’ll give you a hint:  Mr. Johnson is barely qualified to work for your local radio station, and not even as a talk show host.

The TTA referenced Mr. Johnson’s current occupation as part of its narration.  “This is Mr. Johnson in Sky Hovercraft One, bringing you the latest Tomorrowland Traffic Report!”  That’s just great.  The guy at the controls of our big interplanetary space flight is a traffic cop in a theme park. 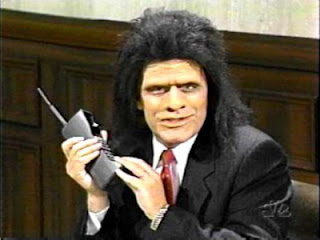 Alien Encounter opened in 1994, a drastic departure from the Flight to the Moon/Mission to Mars space missions.  In this attraction, we would be bringing space to us, in the form of a teleportation experiment with an alien.  The preshow was changed to a demonstration of XS-Tech-nology, hosted by a robot called the XS-2000, who would later grow up to become governor of California.

This version of Alien Encounter is notorious in Disney history, for the simple reason that it didn’t last very long.  Michael Eisner famously decided that it wasn’t scary enough, and shut it down for retooling.  One wonders if the part of the reason was because they had an SNL comic performing as the robot.

Phil Hartman was already a huge TV star when he voiced the XS-2000.  He had cut his teeth on sketch characters for Saturday Night Live, and later went on to star in his own series called News Radio, where he worked with Dave Foley, who starred in a major Pixar movie alongside someone else on this list.  Hartman’s Alien Encounter performance disappeared so fast, it almost sounds like an urban legend.  But thanks to youtube, you can relive it.

Incidentally, don’t feel too bad for Phil.  He still has a prominent Magic Kingdom preshow to his name.  He provides the voice to one of the two “talent agent” birds at the Enchanted Tiki Room.  Side note #1:  The other bird is Don Rickles, who starred in a major Pixar movie alongside John Ratzenberger, who starred in another major Pixar movie alongside someone else on this list.  Side note #2:  Kevin Bacon never hosted Alien Encounter. 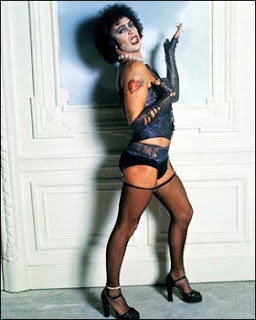 Finally, we get a doctor hosting one of these things.  We’re in safe hands now.  When Alien Encounter reopened from its Eisner-enforced rehab, the genial spiel of the XS-2000 had been replaced with the ominous and menacing intonations of S.I.R., which stands for Simulated Intelligence Robotics.  It was voiced by Tim Curry, no stranger to menacing vocal performances, having worked on several Scooby Doo episodes.  Actually, Tim Curry goes back a long way with Disney, from innumerable voice spots on the Disney Afternoon cartoon series (Darkwing Duck, Little Mermaid, Aladdin), to the role of Long John Silver in Muppet Treasure Island, to the scenery-chewing Cardinal Richelieu in the Oscar-nominated masterpiece, The Three Musketeers.  He also starred in the 1982 movie Annie, which features a song called The Sun Will Come Out, Tom Morrow.  Coincidence?  Does Smokey do his business in the woods?

Reviewing Curry’s performance as S.I.R. on youtube, one is left with the impression that out of all of the hosts on this list, he comes out on top.  S.I.R. is polite, yet sinister, and manages to convey a sense of dread even while trumpeting his company’s great achievements.  Hartman just doesn’t strike the right note in his performance, and S.I.R. is a definite upgrade.
By the way, Tim Curry starred as Dr. Frank N. Furter in the cult classic The Rocky Horror Picture Show, alongside Barry Bostwick, who later went on to star in the sitcom Spin City, along with another host on this list. 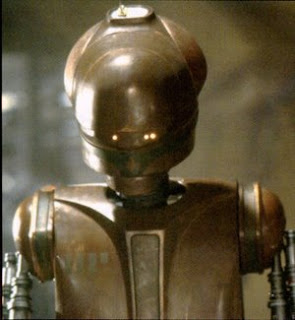 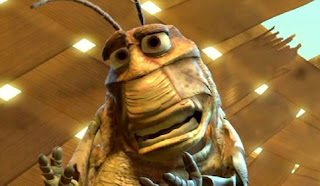 Molt
Molt, voiced by the kindly Richard Kind, is the brother of Hopper in Pixar’s A Bug’s Life, which also starred Dave Foley.  Richard Kind also starred as Van in Pixar’s Cars, and alongside Barry Bostwick in Spin City.  In Stitch’s Great Escape, he plays Sergeant 90210, a guard at a maximum security prison for intergalactic criminals.  He is — predictably — a doofus.
90210 is of course a pun on the zipcode for Beverly Hills.  This is literally the best joke the writers have come up with for the Stitch preshow.  It only goes downhill from here.  It’s not strictly Kind’s fault.  The script gives him nothing to work with.  He has essentially the same set as Alien Encounter, with a similar teleportation gag to establish.  His spiel is cut short by the eminent arrival of a Level 3 prisoner, and frankly makes one yearn for a bird to land on the runway and set off the alarms.
Is is the worst of the five preshows, but if you want to watch it on youtube, be my guest.