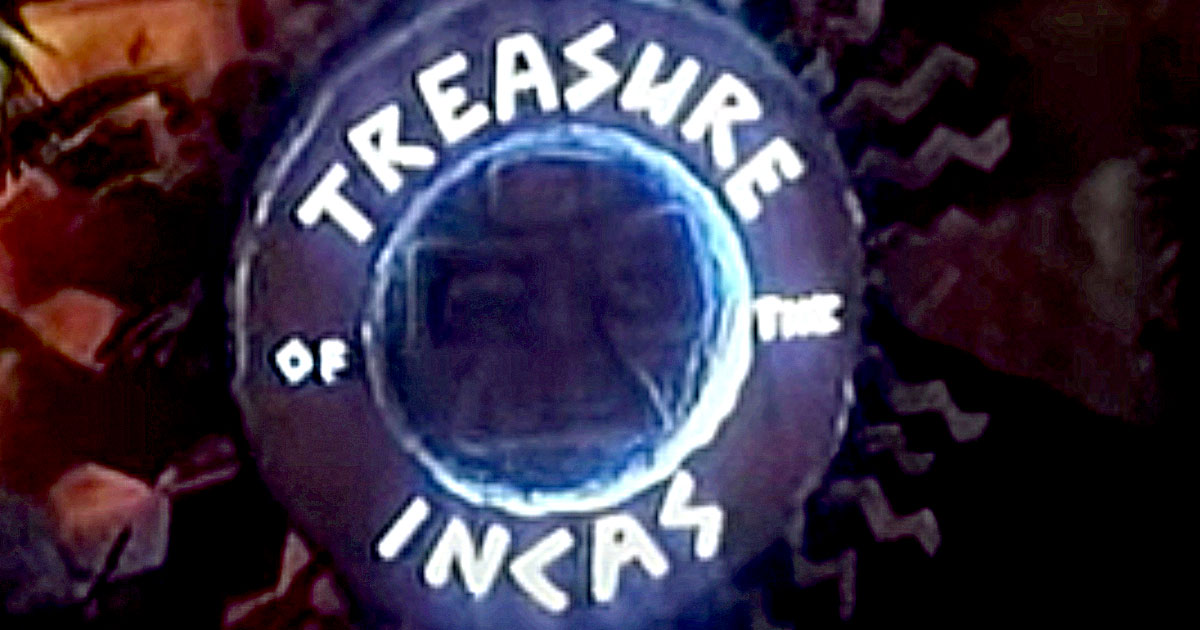 DisneyQuest itself is a virtual treasure trove for parkeologists.  Even Alien Encounter, that beloved Magic Kingdom classic, still has a presence here. But on the ground floor, just around the corner from the Virtual Jungle Cruise, in an area currently occupied by a bunch of Jungle Safari-themed video games, there is a lost treasure just waiting to be unearthed. The Treasure of the Incas.

What was Treasure of the Incas?

Treasure of the Incas was a fascinating cooperative game that required two or more players.  The technology was simple (or would seem so today), but it had an aura of mystery and adventure about it.  The idea was that you were treasure hunters exploring a lost Incan temple.  The goal was to guide your jeep into various treasure rooms within the labyrinth and collect the treasure for the advancement of knowledge.

The jeeps were rugged, custom designed vehicles that vaguely resembled the transports from the Indiana Jones Adventure at Disneyland.  The twist was that the jeep was literally a remote-control jeep, about the size of a shoebox.

The entire floor was taken up by a maze, covered over with Plexiglass.  There were rows of steering wheels over on the wall, each corresponding to one of the numbered jeeps in the course.  The jeeps had wireless cameras so that whoever was steering could see a video feed from the jeep’s point of view.  The other player would stand over the maze and shout out instructions, telling the driver where to turn, guiding them to the treasure rooms.  Once a jeep entered the treasure room and triggered the switch, the driver’s terminal would flash with NEW TREASURE ACQUIRED or some such message.

Back in the days when DisneyQuest charged per game, you would actually receive tickets from Treasure of the Incas, depending on how many treasures you collected.  You could then redeem these for prizes.  I picked a coffee mug with a weird eyeball creature on it, but there were other choices also.

At some point, Treasure of the Incas became problematic (rumors were that it was due to cellphone interference).  The game was turned off, but the maze under the plexiglass floor remained.  When the Safari video game came along, they carpeted over the entire thing, but if you listen carefully as you walk, you can tell that the floor is hollow beneath you. Buried treasure right under your feet.

This video is kind of choppy, but gives an overview of DisneyQuest circa 1998.  Treasure of the Incas appears at about the 6:00 mark.  If you watch the whole thing, you might catch a glimpse of something else from DisneyQuest’s early years — even cooler than buried treasure — but don’t blink or you’ll miss it. We’ll cover it in a future parkeology post.