It’s hard for me to believe that Horizons, 20,000 Leagues Under the Sea, the Skyway, and Mr. Toad’s Wild Ride have been gone for 15 or 20 years now. There are readers of this blog in college who never knew what it was like to smell oranges, experience claustrophobic panic attacks, anonymously spit on people from above, or go to hell. 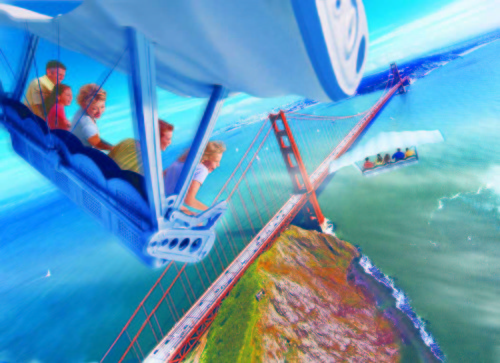 Boom! Suckered you into that one. The L.A. Freeway counts as hell, right?

My parents’ generation had that Civil Rights movement thing, and even today young people still picket and protest over perceived social injustices, but my crowd staged sit-ins over the right to watch a plywood toad honk at us for three minutes.

It’s been awhile since Disney closed a classic attraction (okay, it was last summer). But certainly nothing as totally beloved as Horizons or Toad. We all have ideas on what should stay and what should go. But ever since Disneyland shut down the Phantom Boats less than a year after park opening, attractions have been fair game for the chopping block, if such a metaphor is even possible. 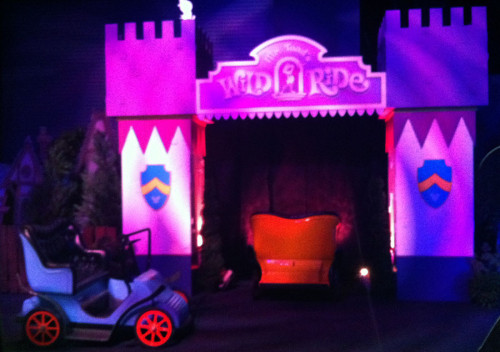 Still so popular that even when they recreate it in cardboard for a merchandise event, fans get misty eyed.

But attractions are things that Disney can market. The all-important ride count. You can’t just shut down a major animatronics show without a significant capital investment to replace it. So today I’d like to look at 6 things that are not attractions, that somehow still linger inside Walt Disney World, in spite of the world passing them by.

There’s a shop on Hollywood Boulevard called the Darkroom, which still advertises itself as selling cameras and film. I never understood what kind of family would show up at a theme park and plunk down huge retail mark-up cash for a camera, even when people still carried cameras. But nowadays, you’re either a serious photographer (in which case you have your own Canon SLR SuperMax Ultra Plus with a set of matching lenses), or you have a phone. 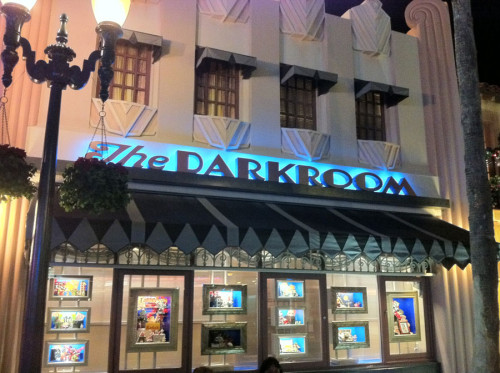 What about the store under Spaceship Earth which is still called the Camera Center? Is there an Amish family wandering in for a day at Epcot, badly in need of a role of 35mm film for their antiquated Kodak point-and-shoot? Even on the off-chance that there are a few luddites passing through the gates, shunning their Magic Bands for the old rubber-stamp paper tickets and the UV ink handstamp for re-admission, they can’t possibly be purchasing enough film to keep these stores in the black.

Yes, I know the camera and film selection at these places has dwindled significantly over the years, but it assumes that not only are there people out there who tote these cameras around on vacation in a giant diaper bag (as opposed to a phone in their pocket), it also assumes that these people, in their absentmindedness, forgot to buy film for their family heirloom. Invest in an iphone, people. You’ll be better off in the long run. Which leads me to…

The number of pay phones sitting out in the open is incredible. I have not seen an individual use one of these in at least 5 years. And yet at every bathroom, you’ll find a bank of 2 or 3 silver plated privacy cubbies where some relic receiver from a 1950s police show is hung on a braided silver wire, just waiting for you to drop in a quarter or try to call someone collect (do people still do that?) 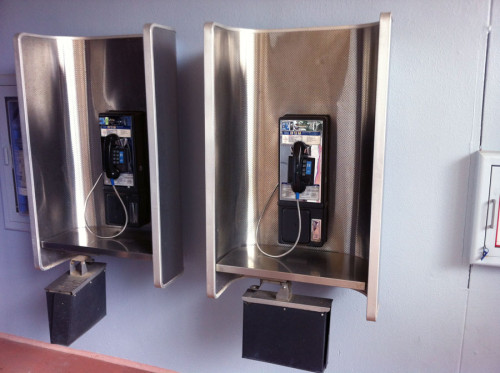 “Operator? Yes, can you get me Directory Assistance for 1972, please?”

There must be hundreds of pay phones across property, and while I’m sure the maintenance budget on those things is small, how much cash can they possibly be raking in? A buck-twenty-five every week or so? What kills me is that each and every one of these phones has a nice shelf beneath it, upon which sits a paper-bound volume the size of an encyclopedia, which I presume is the Orlando Area Yellow Pages. Trees are dying for this, and as proof of how useless they are, I bet half of you don’t know what an encyclopedia is either.

In today’s google-centric world, I can’t imagine how frustrating it would be to page through one of those phone books in search of a good pizza place for after I’m done touring the parks. They should rip every one of those phone banks out and replace them with device charging stations.

Let’s be honest: As much as we might like the old school Disney charm of something that has been a mainstay at the resort for more than 30 years, how has this little water parade managed to stick around? They trot it out every night, with its 1970s tableau of primitive Christmas Tree decorations synchronized to music. It floats past three or four hotels like a funny little ice cream truck, then rolls back into its cave and goes to sleep.

It’s not an attraction. It barely warrants mention in any of the marketing materials. I don’t see it advertised much at the resorts, other than an occasional line item in the standard resort newsletter. There are no Designated Water Pageant Viewing Areas. Nobody is booking a stay at the Contemporary because of it.

Don’t get me wrong. I love the Electrical Water Pageant. But I like it because it is quaint and low-tech and it reminds me of Walt Disney World’s more innocent past. But for a company as forward thinking as Disney, I’m surprised this bit of obvious nostalgia has survived.