Half the Games at Disney Quest

When DisneyQuest opened, it was supposed to be a mix of current arcade favorites and several signature attractions that weren’t quite theme park rides, but were unique premium adventures far beyond anything you might find in Dave and Buster’s. The arcade games continued to be updated on a regular basis, but the premium attractions have remained mostly unchanged since opening day.

Have you taken a ride on the Virtual Jungle Cruise lately? It’s a polygonic forest. What about that Aladdin Magic Carpet ride? It’s like watching a 1950s 3-D. And you can keep going right down the line. Ride the Comix can’t match the performance of Wii Bowling. ExtraTerrorestrial Alien Encounter is — well, okay, the only place you can still experience Alien Encounter. Treasure of the Incas has been paved over and replaced with shooter games. Mighty Ducks Pinball (what’s the Mighty Ducks? Also, what’s Pinball?) is abandoned. Cyber Space Mountain is just a sickening ride through low-res 3-D environments that look like an architect’s slick presentation from 1989. The Buzz Lightyear AstroBlasters is still popular, but ironically is the lowest tech attraction in the building. And the Pirates of the Caribbean game (the ONE attraction that has been updated from its earlier Hercules incarnation) is, I suspect, only trading on the popularity of the Johnny Depp franchise, and not because of its wow factor.

It’s ironic that the most fun part of DisneyQuest today is in visiting all the old arcade games on the top floors. That, and having pay-one-price access to all the current games. The idea of blending an arcade with premium experiences has fallen by the wayside. I don’t know how long they can keep Virtual Jungle Cruise going. Speaking of which…

Downtown Disney has always had a baffling selection of specialty shops, and a lot of them don’t make it very long. It kind of wants to be a funky spin on the idea of a mall, but I don’t know what some tenants are thinking.

The list of failures is a long one. They had a Magic Shop, for crying out loud. Do kids still buy magic? Especially of the floating-penny and card-trick variety. I loved the charm of the Main Street Magic Shop, but I never really understood why there was a magic store at Downtown Disney. Or what about that shop that was nothing but magnets. “Thousands to choose from, in every shape, size, and color!” An entire building of magnets. It was a West Side staple for years. Whenever I saw it, I was always reminded of that fake Saturday Night Live commercial, about the bank whose business was making change. “How do we make money? The answer is simple: volume.” Magnetron still exists over at Marketplace, in one of those cramped little side booths. I always pass by it and think it should be holding a little cardboard sign and a tin cup: “Lost polarity. Need help. God bless.”

For the life of me, I can’t understand how the Pop Gallery stays in business. I swear they must have a leprechaun minting gold somewhere in there. Who is going to this funky little Disney mall and coming home with thousands of dollars worth of ceramic Elvis hound dogs or Suessian primary color dinosaurs? 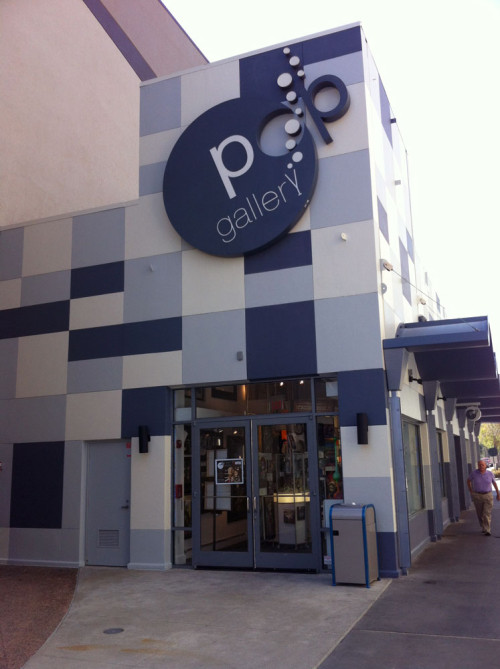 Buy our art. Or not. It doesn’t matter, we’re independently wealthy!

A few of the high-end resorts have Wyland Galleries and the like, and that sort of makes sense. The resorts are more upscale, with a quieter setting and usually decorated in the sort of classy sculptures and paintings that are on display, with a clientele passing by who is rich enough to afford them. Half the time, the only people hanging around outside the Pop art store are the people in line for the next Johnny Depp movie at the AMC.

And finally we have…

It’s a shame, because Disney postcard art is sort of a classic Disney collectible, like mouse ears or trading pins or light-up spinny gizmos that your kid breaks four minutes into the parade. But I’m just not sure this merchandise is selling anymore.

Certainly nobody is mailing postcards, which renders all those mail drops moot. If kids want to say hi to their friends back home, they’ll text them. They’re not going to carry around the snail mail address, drop 40 cents on a stamp, and dig a pen out of mom’s purse in order to write “Wish you were here!” on the back of a picture of Big Al.

Where once every shop had a little round turntable full of a colorful assortment of postcard options, they’re actually kind of hard to find now. You have to look in the big flagship stores: The Emporium, World of Disney, Mouse Gear, etc. It’s a bit of theme park merchandise that has again been rendered obsolete by that ubiquitous device, the camera phone. 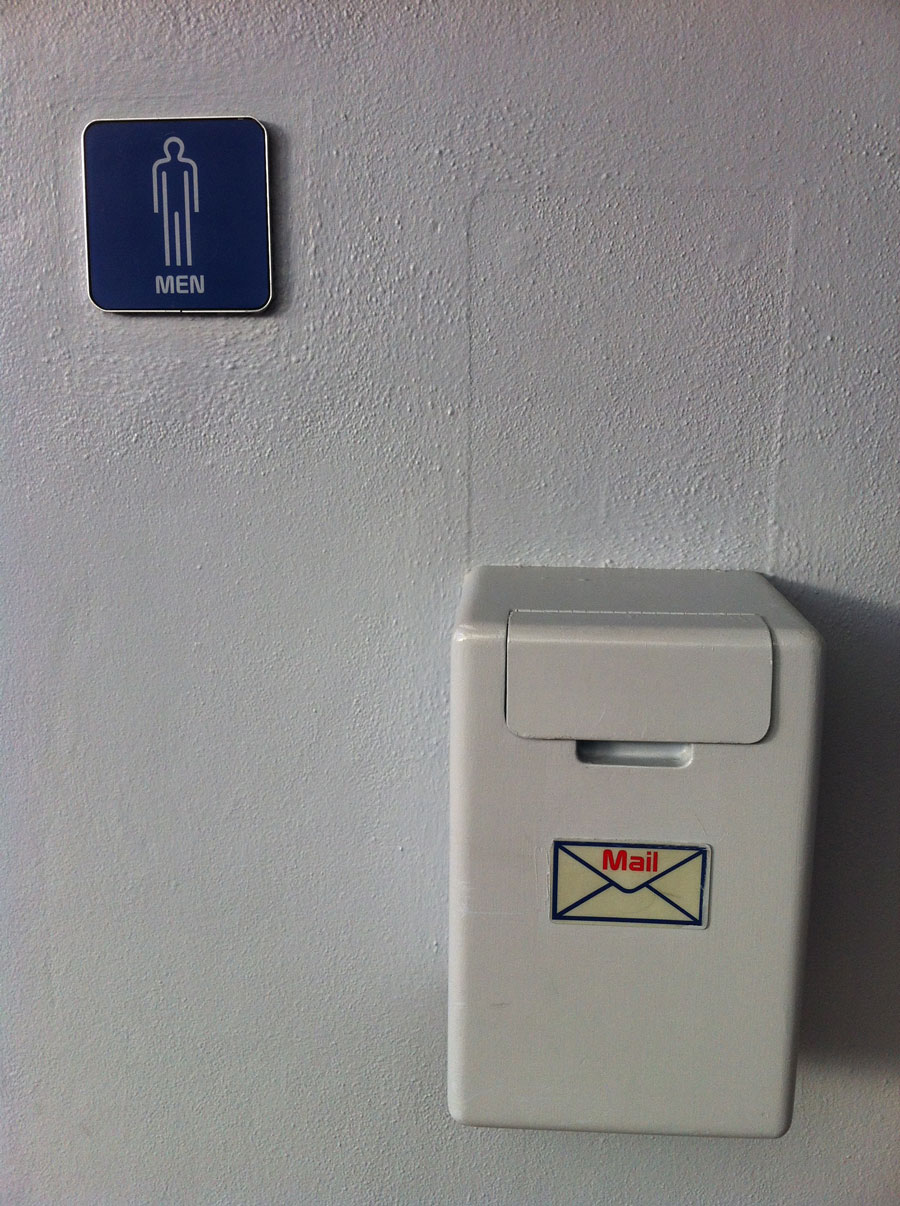 But on the plus side, this little composition at Epcot always makes me chuckle. Mail. Male.

So that’s my list. What other things are still hanging around Walt Disney World well past their shelf life? And please don’t say Eric Idle.