I was reminded this week of a long-standing mystery. One of those obscure things that is always nagging at the back of my brain. And I realized that the time was fast approaching when I might never get an answer. More about the mystery later, but you see, we’re about to lose another one, and the internet doesn’t really care this time around. 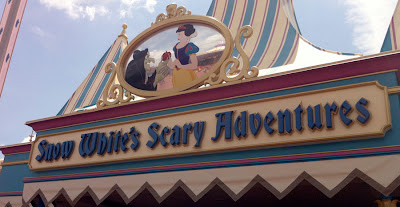 Congratulations, Snow White. You held on longer than most.

There wasn’t much hoopla when the Mickey Mouse Revue left. Things were still too new in 1980 to consider the show a classic. Think of it this way: Stitch’s Great Escape — that universally reviled blemish on the face of the Magic Kingdom — has made it 8 years already, just one year shy of the Revue’s tenure.

It took until 1994, when Disney completely botched the closing of the 20K Lagoon before fans started to take notice. The Subs were announced as being “temporarily closed.” But then “temporary” dragged into a matter of years, and finally 20K was wiped off the park map completely (speaking of which, welcome to that rare club, Drew Carrey. Say hello to Wonders of Life for me). 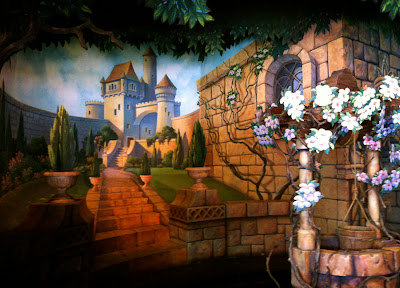 Wishing Wells are being put on the endangered species list. At least we still have a full-size version over by Cinderella Castle.

Things exploded in 1998 when Disney decided to be upfront about their next Fantasyland execution and announced that Mr. Toad’s Wild Ride would be replaced with Winnie the Pooh. Proclaiming that Disney had finally become just another corporate leech, feeding on the popular character of the day (apt criticism at the time), and with a burgeoning online community ready to unleash their pent-up feelings of abandonment, “SAVE TOAD” became a rallying cry for fans everywhere. I’m surprised there weren’t fans chaining themselves in front of the bulldozers, for all the furor Toad brought. I can only think of a few other times that fans were so up in arms about a Disney announcement. The closing of Horizons was one, and just as warranted. The other time was when Disney announced they were bringing McDonald’s into the parks, proving that sometimes, fans can be ridiculous. 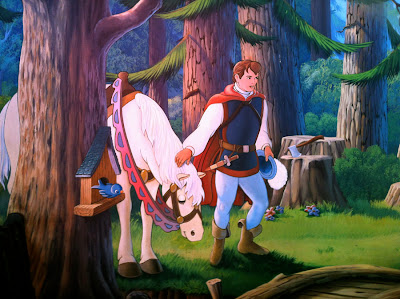 Not counting the blue tights, there are at least two deadly weapons featured in this section of mural. Can you find them?

It didn’t seem to matter that the Pooh ride turned out to be a quality replacement. The Skyway closed a year later, and there was another uproar, though not as major. The Skyway never featured any of the  storytelling or details as the other closures. Plus, it was a slow-loading linear ride that had already been copied in dozens of Six Flags around the country. It was not perceived as a major loss. 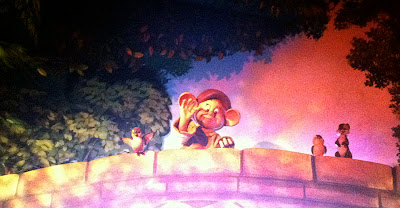 Don’t cry for me, Argentina.

At some point a couple years from now, she’ll make a return. Or at least the Seven Dwarfs will, in the form of a “family” coaster that looks suspiciously brief and designed to make people sick. I’m not entirely sold on the Seven Dwarfs Mine Train. The mountain and surrounding area will definitely be an upgrade to Scary Adventure’s Renaissance Fair architecture. But I have concerns about the ride itself. Barnstormer clocks at exactly 1 minute (including 30 seconds on the initial lift hill), and this looks to have about the same footprint. I’m hoping Disney surprises me. 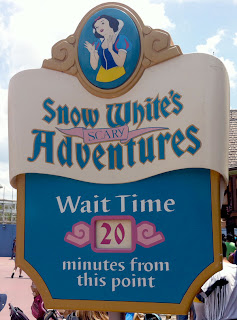 When all is said and done, we’ll still have a Snow White ride in some form, and it should be pretty enough, if that Fantasyland model currently exhibited inside One Man’s Dream is any indication. But I’ll always lament the loss of the traditional dark ride. As a kid who grew up going to Disney, the dark rides are the reason I fell in love with the place. Sure, some were better than others. Mansion and Pirates and Pan will always be cream of the crop, and even though Snow White may be one of the Magic Kingdom’s weaker dark rides, it’s still infinitely preferable to me than something like Laugh Floor, Stitch, or the glorified carnival rides (Teacups, Dumbo, Carousel).

Because I don’t anticipate being able to make it to Magic Kingdom later in the week, I took my last ride on Saturday. Yes, it made me sad. All those little details that I’m never going to get to see again: 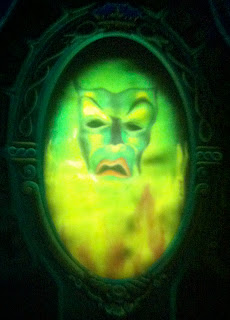 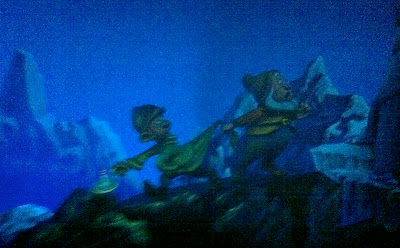 And the way that candlestick in Dopey’s hand is always vibrating. Is there a spring in it or what? Why are the dwarfs stationary, but the candlestick is bouncing?

And what about those details that are no longer there, victims of the many refurbishments that have come and gone? 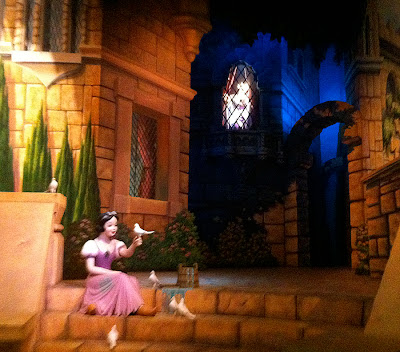 With all those pigeons she kept attracting, no wonder she had to clean the steps so often. Fair is fair.

A few of my favorites: 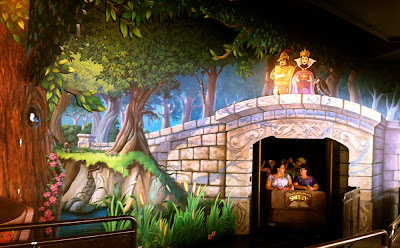 At least the mine car vehicles haven’t changed, each one still faithfully named after one of the Dwarfs. This was another Fantasyland dark ride tradition, though I suspect more people are familiar with Doc, Dopey, and Grumpy than Mole, Ratty, and Badger. I expect when we get the new Mine Train coaster, this is one tradition that will continue. If not, shame on them. 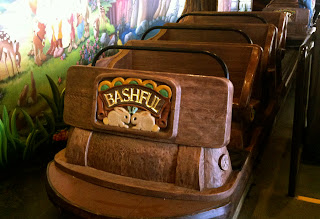 My last ride was on the Bashful car. He has to be one of the top six or seven dwarfs of all time.

Now about that mystery I mentioned earlier… The mural at the loading zone is a nice piece of work. Fantasyland murals are another lost art, though we should see a return to form when the Little Mermaid opens this year. Snow White has multiple murals, many of which are pictured throughout this article. Awhile back I noticed something that appears in the mural directly before you enter the building, officially leaving behind the part of the ride that is exposed to the outdoors. 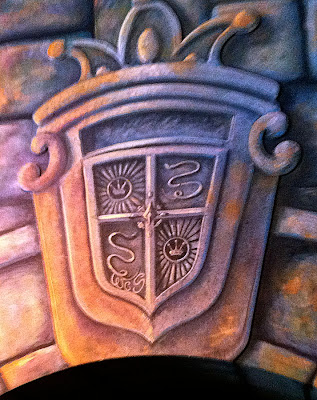 This crest hangs over the doorway, and it is a flat painting, not a dimensional object. See that snake in the lower left corner? There are initials there: WCS.

What could they mean? Did the muralist sign his/her work? I’ve searched all over, but I can’t find the name of the painter(s). I posed the question to the fantastic Filmic Light: A Snow White Sanctum site (seriously, you should check it out, it’s brilliant), and they couldn’t find the answer either. I’m hoping by posting it now, with so much attention surrounding the end of the ride, that maybe somebody out there knows what those letters mean. 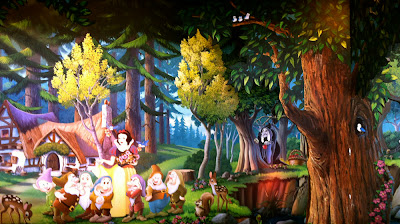 Also, who is that freakishly tall white woman with all those bearded guys?

Until then, I guess it’s time to let Snow White, fresh from the ranks of the dead, ride off into her glowing castle with the guy in blue tights. Maybe we can build a glass coffin over the site until the Mine Train coaster opens in a couple years. I won’t mind giving the ride a kiss later, to see if it will wake up. 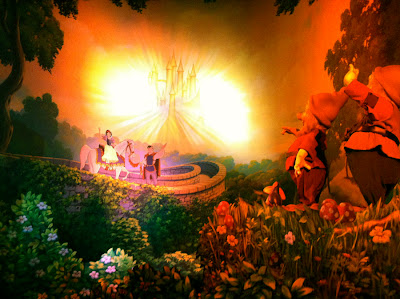 A shame that after all that, only two dwarfs came to say goodbye.