See, Disney can keep a secret after all.
I would guess that they have been scrambling to put this big Avatar deal together for some time, hoping perhaps to have it wrapped up for a big D-23 Expo reveal… alas that never happened.  But better late then never so last week Disney proudly dropped the bomb that Avatar would be rolling into Disney’s Animal Kingdom around 2016.
Disney fans the world over have rejoiced!  Spontaneous parties have erupted in the streets at every Disney park around the globe (oddly enough even at Pleasure Island where bewildered and dazed drunkards wished each other Happy New Year before donning 3-D glasses, curling up into the fetal position and quietly sobbing at the remains of the Adventurers Club). The Disney community has universally supported this bold move to bring visionary filmmaker James Cameron on board to save the parks… the only thing is they haven’t.  In fact this mega super secret surprise announcement intended to shock us all into wetting our pants with anticipation has largely been met with malaise and indifference.  A collective shoulder shrug, the “meh” heard around the world. 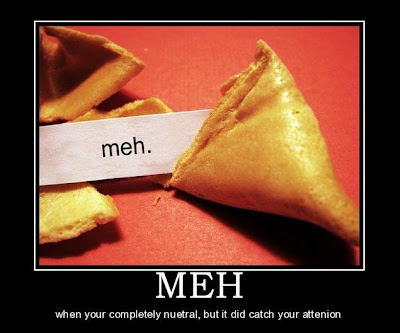 But why?  Obviously this is Disney’s BIG answer to The Whimsical Wonderland of Harry Potter (or whatever that dump is called… OK, even I admit its pretty sweet).  It is not the gussied up Fantasyland or a refreshed Star Tours; it is this.  Avatar is the savior of Disney… the goliath meant to beat back the advancements of Universal and once again secure Disney’s spot as the king of the parks. On the surface it makes sense I guess… Avatar has made more money then any single movie ever…a lot more! In fact it made more than double what the highest grossing Harry Potter movie has made. Avatar stands at $2,782,275,172 while the last Harry Potter film the Deathly Hallows Part 2 could barely scrounge up a paltry $1,325,136,868.  That means that more than twice as many people like Avatar than those who like Harry Potter, Avatarland will attract twice as many people as Potterland and I am guessing Universal will go bankrupt somewhere around 2017 causing the parks to close and a lot of Harry Potter crap to be sold on eBay (I might buy that giant castle because it would look sweet on the Parkeology campus made into a bounce house).
Not only that but there are two more Avatar movies on the way and as the Matrix has shown us two extra movies is ALWAYS a good thing.  Likewise Pirates of the Caribbean and others have proven that making back-to-back sequels to be released in consecutive years (as is the case with Avatar) is money in the bank… the surest way to produce the highest quality and ensure creative integrity.  This is such a no brainer I can’t believe no one thought of it before!