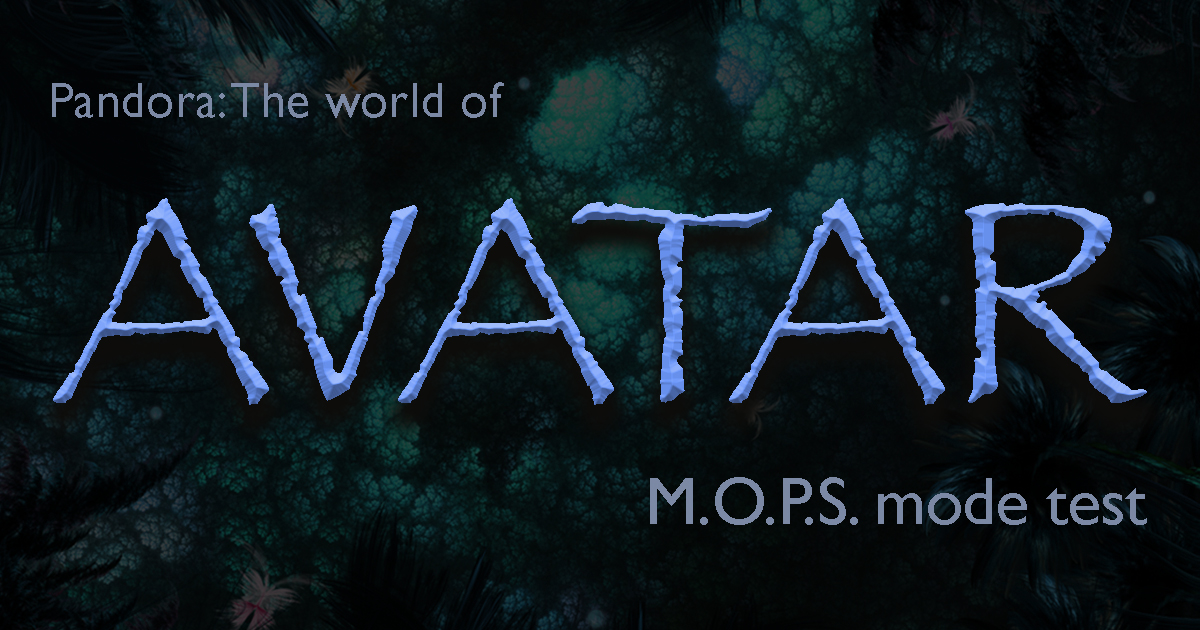 It’s Déjà vu all over again.

Remember back in 2006 when Expedition Everest opened at Disney’s Animal Kingdom?

Walt Disney Imagineering’s Joe Rohde was all over the Internet touting the star of the attraction: an amazing new Audio Animatronic Yeti. The Yeti was poised to be the breakthrough of the attraction, a technological tour de force. Disney featured him extensively in PR materials explaining the lavish details of this figure and how unprecedented it was. We learned that the power of the 23-foot tall Yeti’s mechanics rivaled a jumbo jet and needed its own massive steel structure and foundation to support it. WOW! The fan base was riled up to see this stunning breakthrough and was ready to be blown away by its terrifying realism. 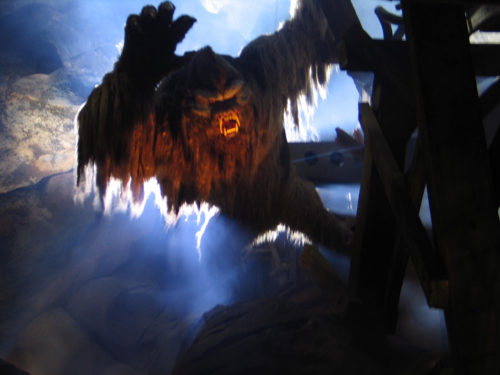 Looks good in a still frame, not so much when you are shooting past on a roller coaster.

Of course it broke almost immediately after opening. Because of the (what we now know is a flawed) design the yeti could not easily be repaired. Walt Disney Imagineering was stuck in an impossibly awkward situation: the lynch-pin that the entire storyline hinged on, it’s superstar and Disney’s crowning achievement had been turned into a statue. The Yeti, now a motionless mannequin, was missed entirely by most riders who exited the attraction confused as to what all the hype was about. Put simply it was an embarrassing mess.

Disney had few options. Unable to shut the ride down for over a year to correct the issue and unwilling to spend millions more on top of the millions already wasted they came up with a stopgap solution: Imagineering set up a strobe light on the figure. This makeshift quick fix did little to rectify the issue and left guests nonplussed. Today riders zoom past the still hobbled Yeti in a blink and you miss it moment and there is no mention of the figure in any PR materials at all.

Now more then ten years later Joe Rohde is once again firing up his reality distortion field targeting fans and press with talk about a new crop of amazingly complex Audio Animatronic figures being added to Disney’s Animal Kingdom park, this time at the upcoming Na’vi River Journey in the soon to open Pandora: The World of Avatar attraction. After a previous tease at the D23 expo Disney released a video in November showing one of the new figures and simply put it is stunning. Please take a moment and watch it:

This time instead of sheer size Disney went for incredible realism, nuance and detail, many people did not believe that this was a robotic figure at all. For the first time facial expressions, eye movements, subtle mouth gestures and more could be conveyed with an Audio Animatronic, these figures could truly emote! They promised to actually act and connect with audiences like nothing else before them.

Immediately skeptical fans started joking that these figures would also break within weeks of opening. With the Yeti fiasco still fresh in their minds bloggers theorized that Disney would again do something ridiculous such as replacing the non-functioning Avatar figures with a Mop and hope for the best. Disney had lost the trust of their fans.

But as it turns out Disney has learned a lot from the strobe-lit Yeti. They are aware that anything this complex will have some failures and down time but this time they are prepared. Disney will not be caught off guard again and have developed an elaborate backup plan with replacements ready to be swapped in at a moments notice. Fans need not fear that a mop in a wig will become the new star of the show.

Here for the first time ever we have footage of the new replacement figure, check out the amazing video:

But that is not enough for Disney! They are so concerned that the animatronic figures will be available for all guests to see that they have created a backup plan in case the original backup plan fails! This is the NASA approach of redundant fail-safes or the belt and suspenders approach if you will.

In addition to the first backup plan known as Maintenance Operations Protocol System (AKA: M.O.P.S.) Disney has also created an equally amazing plan they are calling the Backup Redundant Ongoing Operational Maintenance System) AKA: B.R.O.O.M.S.).

Between M.O.P.S. and B.R.O.O.M.S. it appears that Disney will avoid the shameful embarrassment of the Yeti and will never again present such sub-par show standards to the public.

We have obtained an exclusive look backstage at the new figures and the team who created them. Please enjoy the amazing magic of The World of Avatar (M.O.P.S. and B.R.O.O.M.S. mode below:

We are excited to see that Disney has spared no expense in creating these new systems to virtually guarantee a seamless experience full of wonder and joy for all guests and we must agree with Avatar creator and Oscar winning director James Cameron when he correctly states that we have never seen anything like it before.