I tend to bring up theme park t-shirts a lot. Maybe because it’s one of the few bits of merchandise that seems to change regularly. And generally, I like the direction they’re going. Remember back in the late 90s/early00s, when every t-shirt was just some variation of the Fab Five, and maybe the year in a cartoony, colorful font? Or a picture of the castle, can’t forget those!

Okay, they still make shirts like that. But they also make better ones now. We’re not limited to “I Survived Splash Mountain!” or similar nonsense. Is that really a badge of honor for some people? Congratulations, you managed to successfully ride a massively popular family log flume ride. Get real. It’s not like you went in the water with the crew of the USS Indianapolis.

Anyway, I came across this shirt in one of the World Showcase countries. I forget which one. It is at once funny, irreverent, Disney, and Epcot-related. That’s a tough combination. 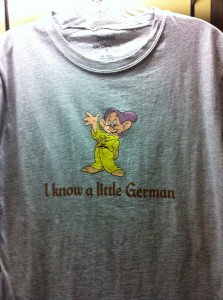 Pretty great, right? Maybe even bordering on inappropriate. I admit, I laughed. But I also thought about filing a copyright suit on behalf of Paramount Pictures, since this joke happens to be lifted straight from the somewhat unknown 1984 film Top Secret!, starring everyone’s favorite Ice Man, Val Kilmer. 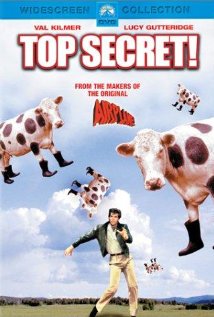 Despite Kilmer’s singing, this is not a prequel to Oliver Stone’s The Doors.

It’s a cult classic. One of those spoof films, in the vein of Airplane! or Hot Shots! (I think spoof films are required to end with an exclamation point). Top Secret! was a spoof of Elvis movies and WWII spy movies, which should be obvious, because of the flying cows. And Disney marketers are totally ripping it off.

I figured if Disney could mine Top Secret! for t-shirt jokes, then I would contribute to the fun. Here are three more Top Secret! inspired Disney t-shirts, for your enjoyment. And if you are for some reason desperate to part with your hard-earned cash, I will sell them to you at a profit, so you can proudly wear them around the parks. 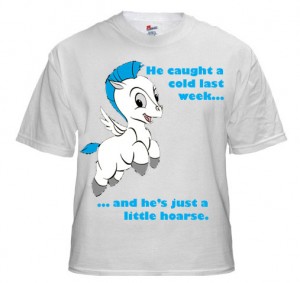 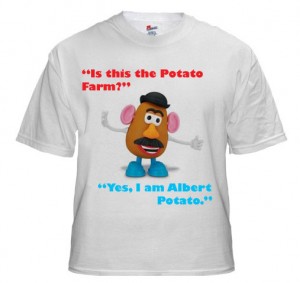 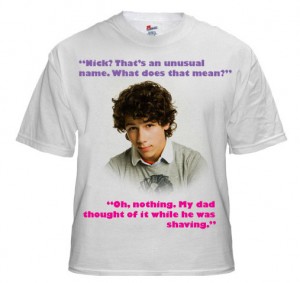