I have recently discovered something truly incredible in the food world. It is called Dino Nuggets. I’m sure you have heard of these. Especially if you have kids. They are chicken nuggets, shaped like dinosaurs. That’s their entire marketing hook. I’m sure they have been around for years, but I don’t have kids, so I have to rely on coworkers and friends to point me to new trends in tasty, delicious fried chicken parts. 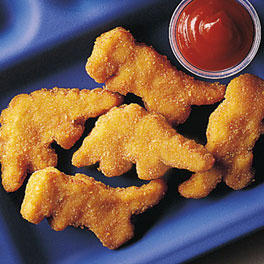 My wife is under the mistaken impression that a grown man does not need to have these things. She says things like “that isn’t real chicken” and “it doesn’t even look like a dinosaur” and “I would be embarassed to have that in my freezer.” She’s missing the point.

Let me tell you a little story about myself. I am a kid who grew up loving Walt Disney World. I am not joking when I tell you that I would annually turn our playroom into a full scale model of the Florida property, and I doubt I was alone in this. Some stuff was easy. My dad had a desktop globe. My mom had aluminum foil. You figure it out.

Other stuff I thought was pretty creative. My brother had one of those toddler trains, complete with an oval plastic track. Elevate the track, take a shoebox and cut a strip right through the bottom, and you have a double-beamed monorail. Take your sister’s play oven, smash through the cardboard back, run the track through the oven, and you have the Contemporary.

So when I say I am intrigued by dino nuggets, it has nothing to do with nutritional value. I simply want to take this: 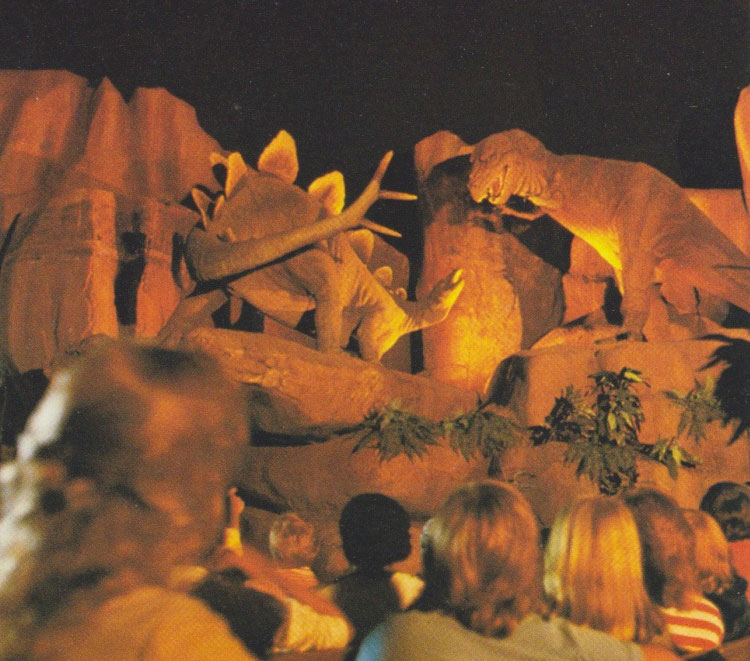 And turn it into this: 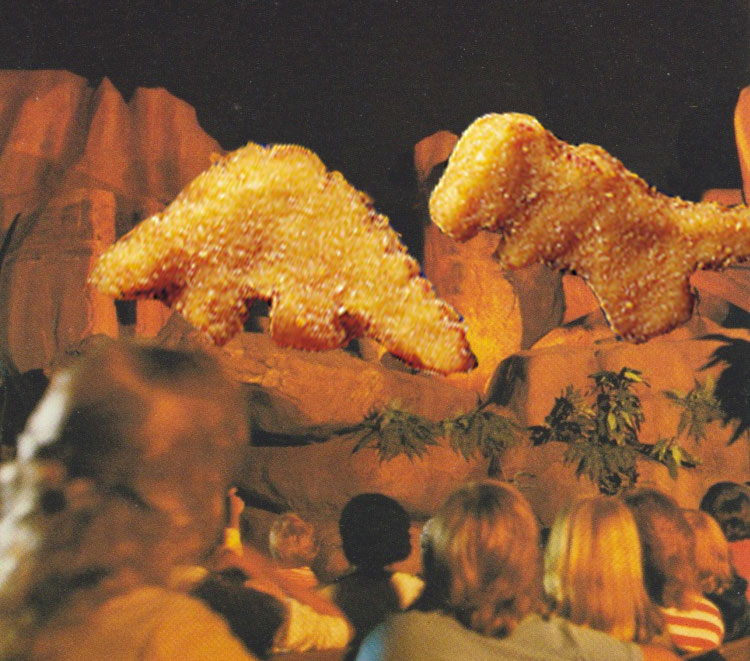 Is that really so outrageous? Who in their right mind wouldn’t want an edible model of Walt Disney World in their dining room? You could snack on it all week. I think I would eat the Sorcerer’s Hat first. That would improve the model immensely.

Apparently, there’s this whole cottage industry of people who come across Chicken McNuggets that sort of vaguely look like famous people, and then proceed to store these things for years on end, so that they can then sell them to crazy people on the internet. Perhaps you heard about the McNugget that looked like George Washington. $8000 on eBay. You can get a decent used car for that. Or a couple of Disneyland annual passes. 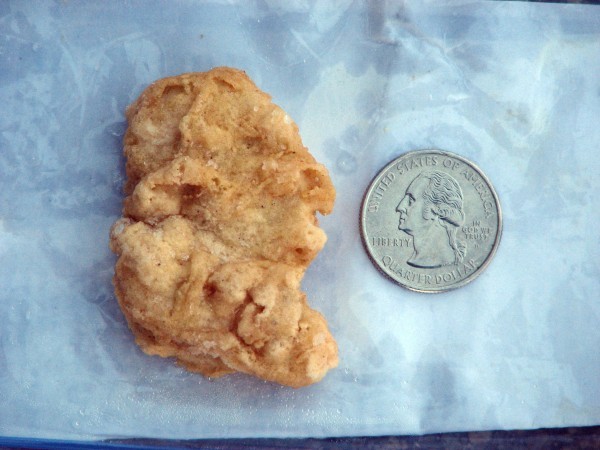 Of course, part of me is jealous. If I had that nugget, I could stage scenes from American Adventure. What better patriotic way to celebrate our nation’s birth than to replace the visage of our most famous president with mangled chicken parts. 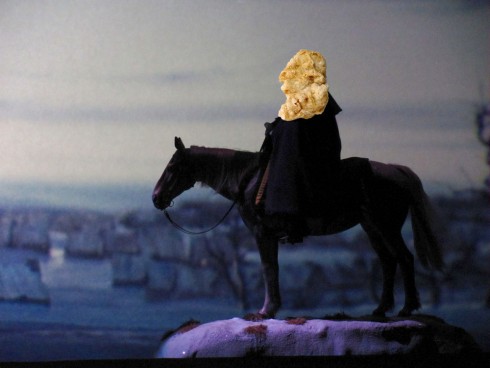 And just so you West Coasters don’t feel left out, there is always Mr. Lincoln, also found at McDonald’s, and sold on ebay. 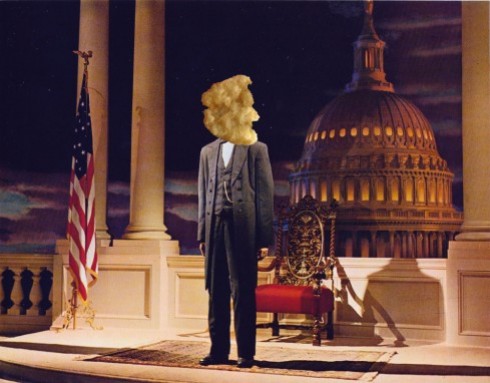 As sculpted by Blaine Gibson

I think if I’m going to do this, I need to stick with the nugget theme. I can’t go branching out into potato chips or something like that. The purity is in the idea. And definitely none of those toast-based products, where they’ll graft someone’s image onto a piece of bread for your breakfasting pleasure. Though it is tempting. 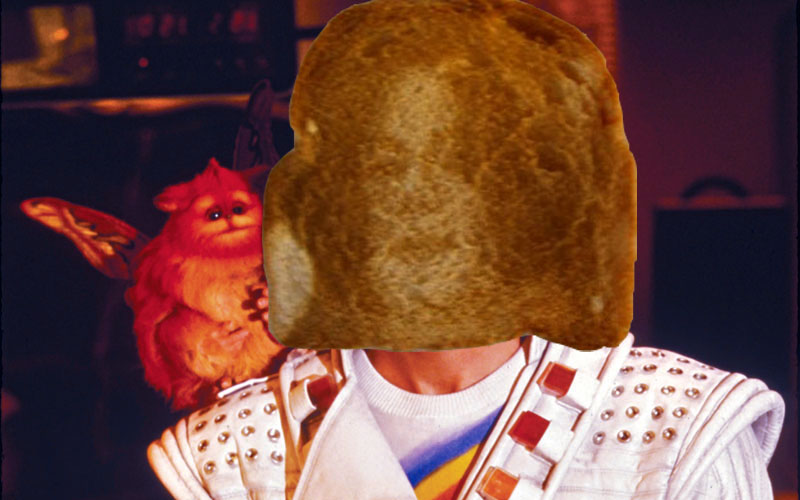 It’s just another slice of me.

There’s a certain serendipity to the whole thing. Dino Nuggets. Dino Institute. Sponsored by a Generous Grant from McDonald’s Corporation. To be honest, I was kind of surprised Disney hadn’t already jumped on the artificially shaped chicken-ish morsel bandwagon. They sell Mickey Waffles and Mickey Toast and Mickey Bars. Why not Mickey Nuggets? And then I googled it, and realized Disney is always three steps ahead of me. And branching out. 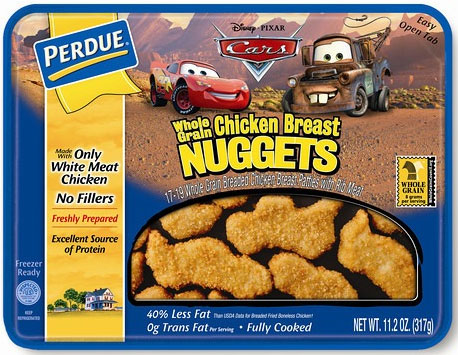 The real reason behind DCA’s billion-dollar-makeover.

But my dream of a sprawling, crispy-fried theme park wilderness may have to wait, at least until somebody figures out how to make nuggets that come in a Mary Blair color scheme. Or until I get my cholesterol under control. In the meantime, if you should happen to come across a McNugget in the image of famed naturalist John Muir, please give me the first crack at it before you put it up on eBay.