It’s been about about 13 years since the Southern Baptist boycott of Disney.  Some readers may be too young to remember this, but there was a time during the Michael Eisner years when Disney veered sharply away from their family friendly image and started embracing less savory elements. 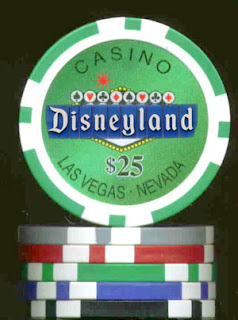 Mainly the boycott was concerned with the film division, which under the Miramax banner released several controversial films such as Priest, Kids, and The Crying Game (those are three separate movies, not just a long title).  The company also had the nerve to make several highly offensive kids pictures involving sports, dogs, and some assigned quota of crotch-kicks — not to mention various attempts to turn Tim Allen into a movie star.  For these offenses, the Southern Baptists voted to never attend Disney theme parks in this lifetime or the next, unless Disney either straightened up its act or brought back Figment. 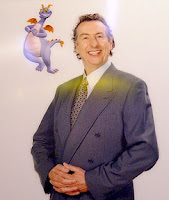 Now you may recall that the boycott was such a success that Disney was forced to remove Jessica Rabbit from the Pleasure Island sign.  They also installed seatbelts in Tower of Terror and built a Wedding Pavilion.  Can’t get much more family friendly than that. 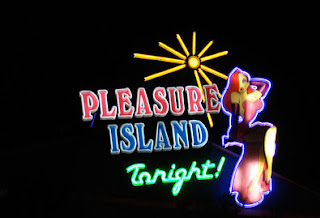 She wasn’t bad.  She was just lit that way.

In 1998, they opened their fourth major theme park, with an attraction that featured prayer and Christian music.  This version of “Dinosaur” proved too intense for people, so they moved the religious reference to Africa, where it remains to this day in Kiliminjaro Safari. 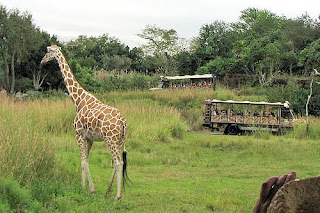 By now you think I’m joking (okay, the “Dinosaur” thing was a joke).  But if you ride the Safari, you’re going to hear the Lord’s Prayer.  In fact, your guide makes a special point of shutting up, just so you can listen to it.  He switches over to local Christian radio station, and out comes a stirring tribal rendition of a song called Hapa Duniani — The Lord’s Prayer in Swahili.

The song is actually pretty awesome.  It also appears on an album called African Dawn.  Amazon has it, sort of (available from resellers, not directly).  You can go to this link and click “listen to samples”, and hear a snippet of the song.  Then just close your eyes and imagine you’re chasing poachers.