One of the things that must be frustrating for Disney is making untold piles of cash and being adored by millions of fans around the world. Because then you have to content with all the leeches that want to rip you off.

There’s nothing worse than having your Grandma walk into a Best Buy and come out with a birthday copy of An Ant’s Life, Monsters LLC, or Toy Tale, from some cut-rate animation company in the South Pacific, burning DVDs in the back of a van somewhere and shipping them off to the States.

They say imitation is the sincerest form of flattery. First of all, what organization is responsible for the flattery sincerity scale? Are the rankings based on some nutty poll, like the BCS, or is there actual science involved? And if imitation is #1, is Frank Caliendo the sincerest flatterer on the planet? 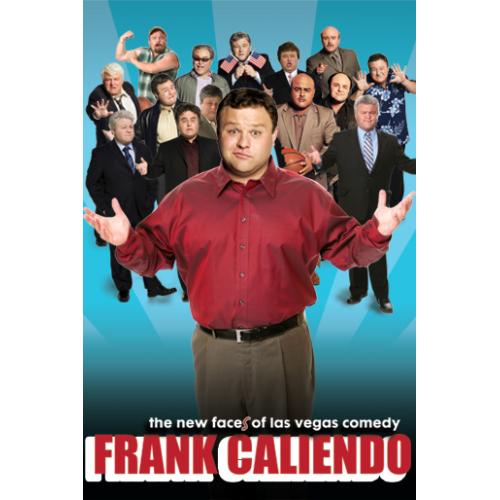 Animation is easy to rip off. Take an original story, adjust some character names, draw some really bad artwork, sell it to pre-schoolers. We’ve all done this at some point in our lives. But ripping off an entire theme park takes a bit more commitment. Real estate, facilities, infrastructure. At a bare minimum, you need quick access to papier mache and a few buckets of paint. Fantasy castles don’t build themselves.

There’s a well-documented rip-off of Disneyland near Beijing. The most blatant offenses are a castle, the walk-around characters, and rubber LIVE STRONG bracelets that can get you a free pass to the front of the line. But of course, it’s in China, where imitation is the sincerest form of artistic expression. I did not expect to find such a business operating in the U.S. I mean, this is Disney we’re talking about. They’ll shut down a day care if you put Pooh on the walls (the character I mean, not normal day care pooh).

I recently returned from a relaxing vacation to Tennessee, where I spent time communing with nature through the use of go-carts and skeeball (“air” counts as nature, right?). As is my custom, I tried to visit a local amusement park. Imagine my great amusement when I came across a kiddy ride with this vehicle: 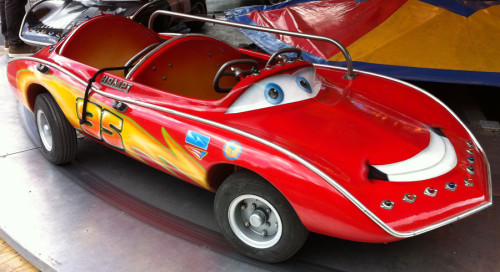 So what? Basketball players wear the same number all the time!

Yeah, okay, so they’re stealing a design from Lightning McQueen. Who can blame them? The dude is famous. He brings a certain name cachet (even if it is without permission) to what is otherwise a very standard off-the-shelf kiddy ride.

But there are six cars on this turntable. And while Lightning is the most recognizable, one starts to sense an eerie pattern… 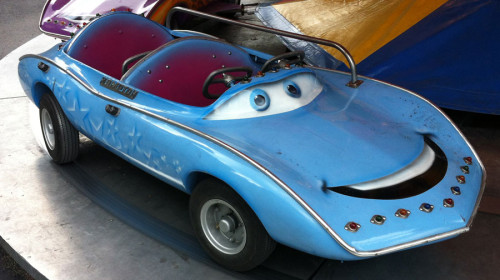 What about a light-blue girlfriend for old #95?

It’s not exactly a Porsche, but it’s in the ball park. You don’t need a “HI MY NAME IS SALLY” nametag to figure it out. And what about this next car? 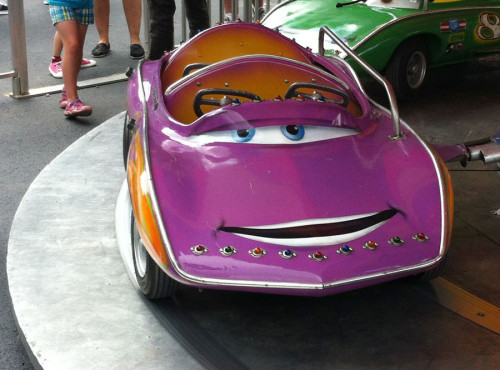 A flaming paint job, a dazzling smile, and a Cheech Marin accent.

This guy is clearly styled after Ramone. And where there’s Ramone, there’s… 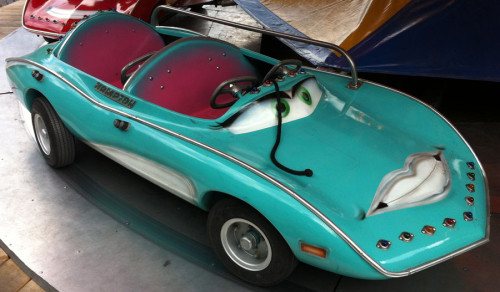 A classic car named Flo. Love those lips and lashes. 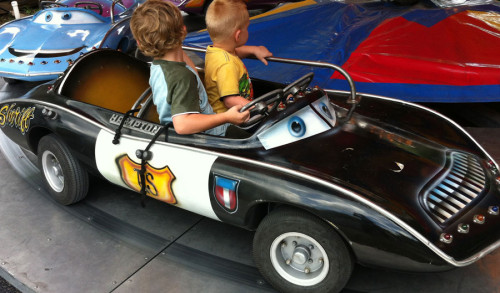 This guy patrols the streets of “RS.” I think it stands for Radiator Strings

Ooh, look out! The Sheriff is watching! This highly original vehicle keeps the streets of Radiator Strings free of high-speed riff-raff like that selfish race car, Thunderbolt O’King.

Finally we have this one, which at first I thought was the only unique car in the bunch. Until I remembered my college schooling in the world of Cars. 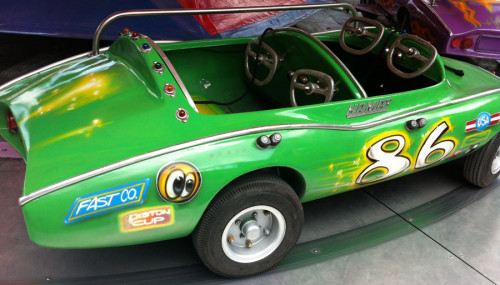 So what? Basketball players wear the same number all the time!

I’m not trying to get these people in trouble. I just find it amusing that they’ve pushed this copy-cat schtick all the way to the very limit. I’m half surprised the ride isn’t named Radiator Strings Racers. Finding it gave me a big laugh. My son’s apparent enjoyment of riding in circles under a dirty canvas tent, however, really depressed me.

Until that Cars Land version arrives at Disney’s Hollywood Studios sometime in the next several years, this is still your only chance east of the Mississippi to actually ride the world of Cars. I’m not going to tell you the name of the park, but let’s just say it has a few foreign words in the title (as you would expect), and it translates roughly to “Over Gatlinburg.” Enjoy!