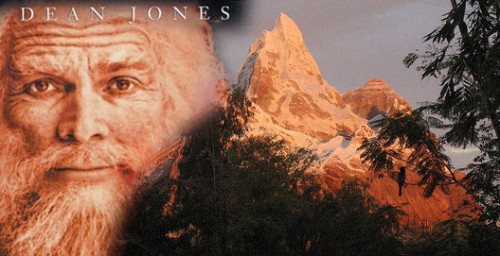 Is that a yeti or Dean Jones? The answer is yes.

Another reader alertly pointed out that the screens were probably intended for use in the next phase of the MyMagic+ rollout, in which XS technology will break down guests into a mass of molecules, send those molecules through the air above your heads, and reconstruct them on the screens as good as new. In other words, probably digital pictures using the Magic Bands.

We’re starting to see more screens pop up around the parks, and they’re nicely integrated. I walked past this next one three times before realizing it was a screen and not a window poster.

This is the Cover Story shop on Hollywood Boulevard, one of those places where they slap your head onto a magazine cover or iconic Star Wars photo. It’s difficult to see in the picture, but those different rectangles actually are some kind of digital display. I swear they looked almost like print until I leaned in close and saw the telltale scanlines with pixels.

It’s interesting to think of the theme park landscape repainting itself on queue as various MyMagic+ users walk by. It sounds cheesy on paper, but these things truly are seamless. Unless you happen to catch it at the exact moment it redraws, you might not even take notice of it.

The next one I spotted was more attention-grabbing. It appears in the Star Tours queue, just before you reach the loading area. 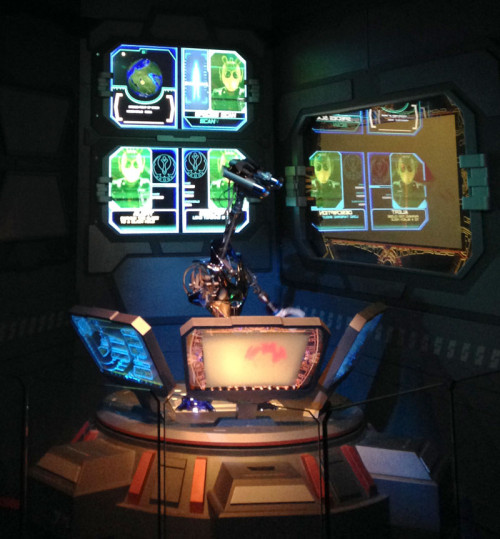 Where Guests are X-Rayed right in the queue!

The droid is scanning through random visitors, apparently as some kind of security check. As he talks, the pictures behind him (which are new) change to show different aliens. I recognized a Mon Calamari (Admiral Ackbar), Greedo, and a weird crab-rangoon-face alien from Phantom Menace. Again, the screens seem totally natural in the environment. Like the Everest screens, I really started to wonder if they were new or had always been there. I had to research for old pictures, before remembering that there used to be a “heatmap” screen there that just showed blobby video of everyone in line.

I’m sure we’ll see more and more of these pop up around the World. I don’t want the park experience to become too digitized, but I’m pleased that these interaction points are so non-intrusive. Time will tell if it will make the experience more personal, or simply feel like all those Facebook ads which creepily seem to know my preferences and are constantly marketing “Star Wars Costumes for Mountain Dew Lovers” products to me.