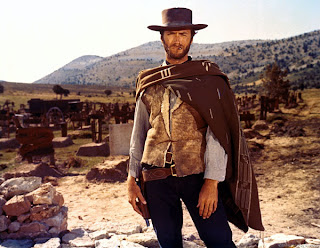 If America has a mythology, it has to be the West.  The lone sheriff facing down the scowling bandits.  The hero on the white horse.  Train robberies, bank robberies, stagecoach robberies (American mythology is low on plot ideas).  The iconography is, um, iconic:  The O.K. Corral, Boot Hill, the Bean Scene. 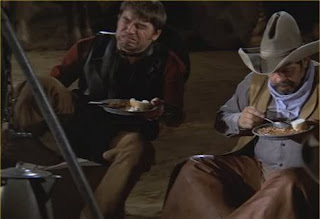 In the 1950s, Disney television set out to tame the Old West.  Gradually the stink of cold-blooded murder was washed away, replaced by good-hearted explorers like Davy Crockett, Mike Fink, Mark Twain.  Pretty much anybody who ever had a Rivers of America attraction named after them. 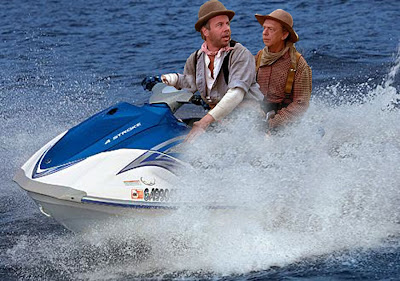 In Disneyland’s Frontierland, authentic Indian shows made way for singing rabbits.  Stage Coaches, Covered Wagons, and Mule Trains all high-tailed it out of Dodge, replaced by gold rush miners.  In the 1990s, as social sensitivity was just creeping into our consciousness, things began to get a little crazy.  Racy can-can shows like those performed in the Golden Horseshoe gradually metamorphosed into hillbilly singalongs.  In Walt Disney World, the Diamond Horseshoe was closed altogether.

The theme parks jumped on the Political Correctness fad like it was a Next-Gen ride concept.  So eager were they to retrofit the old classics, you would have thought it was the Second Coming of FastPass (which is weird, because FastPass hadn’t even been invented yet).  Consider the following acts of lunacy: 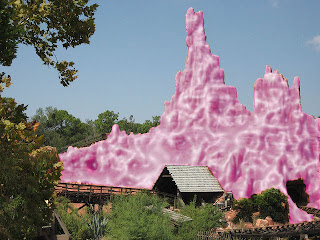 Because you expect Parkeology to make stuff up, I will concede that not all of the above are strictly true.  But three of them are.

Rumors ran rampant, sparking cries of alliteration in the media.  There was talk of completely removing the faux rifles in the tower nests of Fort Sam Clemens (now called Fort Langhorn) on Tom Sawyer Island.  Toy guns — long a staple of Frontierland and Adventureland merchandise — were removed from store shelves, following fears that law enforcement might mistake them for real guns (because everyone knows that the weapon of choice for the 10-year-old wannabe Crip is a single-shot, muzzle-loading, black powder, pioneer rifle).  The guns did eventually reappear, sporting an “authentic” red and blue glossy paint job and orange barrel tip, just like Old Betsy. 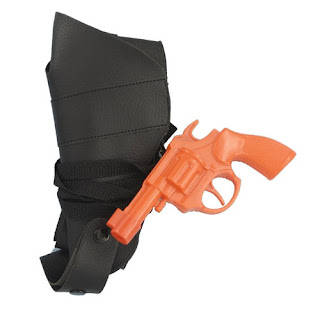 And finally, a long-running stunt show was given the boot.

You remember this, right?  Frontierland used to have real live gunfighters.  They would stage a comedic stunt show on the streets and rooftops.  Usually the plot centered on a, uh, bank robbery.  Never could get rid of those cliche storylines (made worse by the fact that the only bank in Frontierland was an ATM in the breezeway to Adventureland).

The gunfighters would whoop and holler and overact their way through a 10-minute show, like Jim Carrey in a cowboy hat.  A few of them would find their way onto the Frontierland rooftops, get into a shootout, which would usually end in a “high fall.” The high fall was one of those stunt techniques were the performer plummets a scary distance and lands on a Bubble Bouncy Mountain of their own (hidden out of sight of the guests) — not unlike the climax to Splash Mountain. 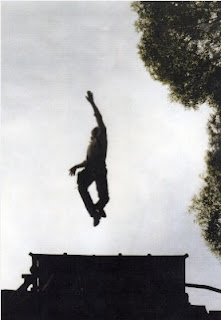 Preferably without the Briar Patch.

These stunt shows were often outsourced.  Incredibly, one of the original stunt companies is still around:  Benros Entertainment.  Their web presence isn’t the most beautiful thing ever, but hey, what kind of cowpoke has time to learn HTML and CSS?  The videos are pretty fun.  They have a couple versions of the Magic Kingdom show loaded up on their youtube channel.  Pay attention to the Country Bears theater as the shake-i-cam pans past.  You can spot a banner for the “Vacation Hoedown” version of the show.

Sadly the gunfighters are no more.  Now Woody and Jessie and the Country Bears perform a square dance in the street several times daily.  It is not as awesome as it sounds.

We still have “high falls” at both of the stunt shows at Hollywood Studios (yes, even the one ostensibly based on cars).  But even still, Political Correctness has some skin in the game.  One must call the bad guys “Germans”, never “Nazis”.  In fact, it can be funny watching the Indiana Jones Epic Stunt Spectacular try to get through a show without alluding to any Nazi symbology or any particular middle eastern race or religion.  I’ll never forget the show I saw where they had a black guy playing the Nazi commandant.  I guess the bad guys finally came around on that whole Aryan supremacy thing. 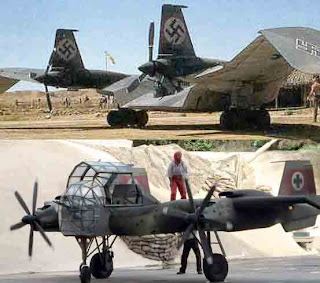 Germany’s Axis partner gets off even easier.  During the World War II segment of the American Adventure, the well-known “Date That Will Live In Infamy” broadcast fades out literally right before the phrase “Empire of Japan.”  Perhaps because Japan is America’s World Showcase neighbor, it was decided to let sleeping dogs lie.  Even more conspicuous is the Backlot Tour at the Studios, which somehow manages to build the entire water tank sequence around the movie Pearl Harbor, without once mentioning Pearl Harbor or who the attackers are (the sequence is called “Harbor Attack”).

Of course, the reality is that not all of these changes were based solely on PC philosophy.  In fact, in cases like the Frontierland Stunt Show and the shuttering of the Diamond Horseshoe, budget was a bigger factor than anything else.  Nor are the changes all bad.  Stagecoaches and Mule Trains are capacity nightmares, nobody would rather have an Indian dance circle at Disneyland instead of Splash Mountain, and who wants swastikas in a stunt show?  But you have to admit, they did go a little overboard.  It would be fun to have some shooting going on in Frontierland (that didn’t cost $1.00 for 35 shots at the Shootin’ Arcade). 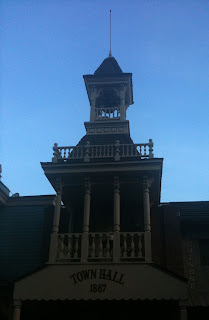 Parkeology is all about hidden stuff, and while studying the rooftops of Frontierland lately, the sun sinking over the horizon, a coyote howling on the mountain behind me (either that or it was a kid who had dropped his turkey leg), I thought I spotted something in the old bell tower atop Pecos Bill Cafe:  A hidden shooter, its scope trained right down the main thoroughfare.  The picture is a little grainy, taken as it was by an iphone.  But that sniper is watching you.  Just thought you might like to know.

Word ’round these parts is that he goes by the name of “Big Brother.”  But you might know him by his given name:  “Security Camera.” 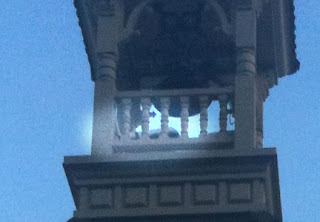