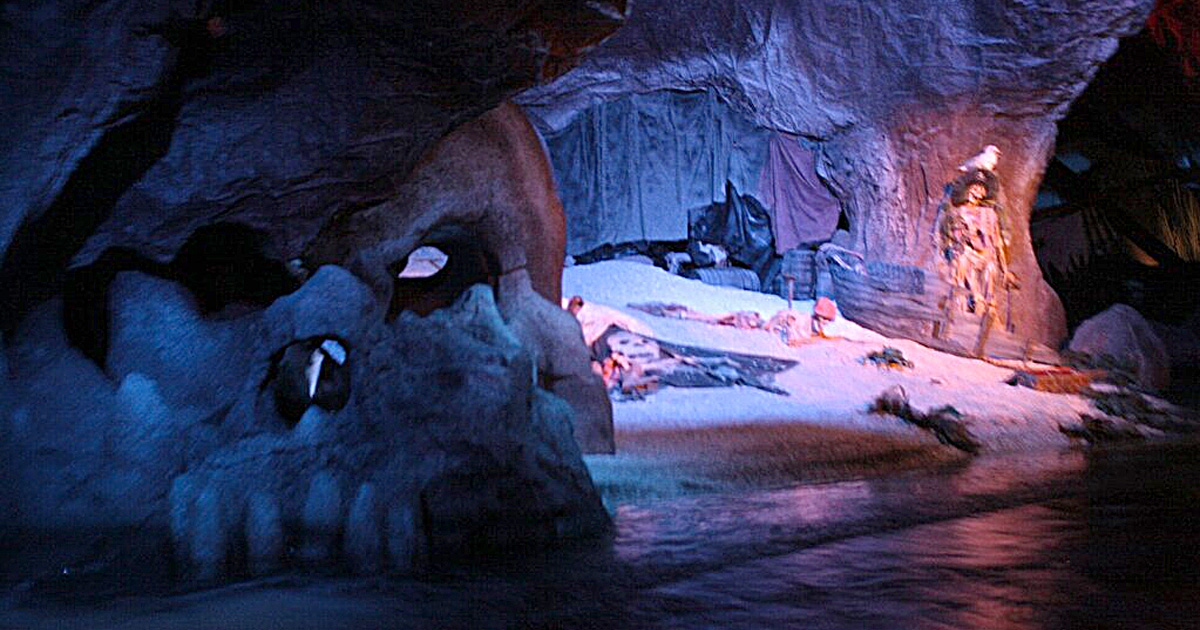 The Peter Pan Skull Rock scene is classic Disney. Captain Hook kidnaps the indian princess Tiger Lily, ties her to the base of a skull-shaped island, and waits for the tide to come in — or for Peter Pan to rescue her, whichever comes first.

In this way, it’s a lot like the Battle of Tippecanoe, which was fought in my hometown more than 200 years ago. Vaguely imperialistic villains, horrific treatment of the Native American population, and an elfin white boy protagonist. 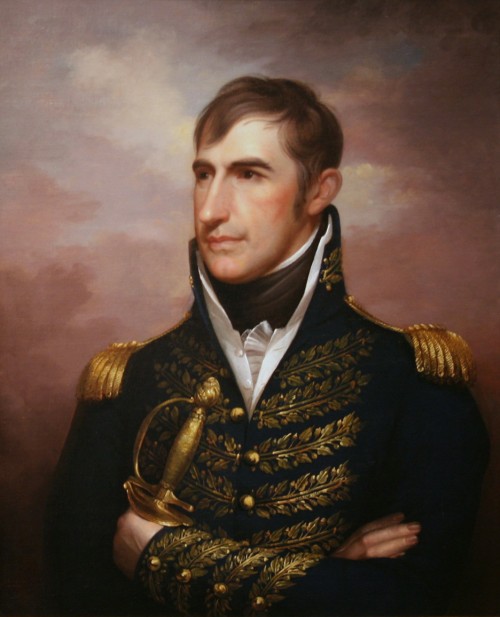 Tippecanoe and Tinkerbell too!

Oh, and an iconic rock formation.

The Peter Pan Skull Rock island is one of those iconic locations that tourists love. Because when you’re on spring break, nothing sounds better than coming face to face with a giant symbol of death.

Peter Pan’s Flight has always had some form of it in the ride. Disneyland used to have a life-sized version of Peter Pan’s Skull Rock outdoors in Fantasyland. Disneyland Paris still has it. There’s even a cool Skull Rock formation inside one of the caves on Tom Sawyer’s Island.

Today, we pull back the curtain on a little-noticed version of the Skull Rock island. It lurks in the shadows of Pirates of the Caribbean, but this Skull Rock is special because it’s a complete optical illusion.

The Secret Pirates of the Caribbean Perspective Sculpture of Skull Rock

I can find literally no other mention of this cool optical illusion. They may have added it in 2012 as part of the infamous “mermaid” additions, but it’s just possible it was there earlier, waiting to be discovered. I am completely hypnotized by it and I can’t understand why it hasn’t received its due. Either I was asleep the week that everyone already talked about it (entirely possible), or I’m the only one in the entire fan community who appreciates just how wicked cool it is.

I have a picture I can share, courtesy of Kevin Yee. I’ve greatly brightened the picture because that scene is dark — and not just in tone.

Not bad, right? Just a nice little skull-shaped rock formation just before you round the bend to the drop. I’m diggin’ it all over again.

You might ask yourself why I think it’s so awesome. As shown in this picture, it’s nice ambiance, but really it’s no big deal. The Skull Rock in Peter Pan’s Flight is much more prominent. But what’s not obvious is that you are looking at one of the really clever visual effects in the entire ride.

It’s possible that the Skull Rock optical illusion doesn’t get noticed, because of the mermaids. At roughly the spot where the above picture is taken, there are glowing mermaids swimming through the water beside your boat. They’re too distracting for anyone to worry about a silly old background rock. And by the time you’re done looking at them, your attention is immediately drawn to the beach, with the skeletons and that snapping animated crab.

But if you would just look to your left as you floated towards the beach, you would experience the thrill of watching that Skull island completely vanish.

The whole thing is a Perspective Sculpture. It only takes shape when viewed from a particular angle — in this case, straight on (one might even say dead on, ho ho). It’s almost impossible to see in this picture, but the nasal cavity is a couple formations, the right eye another formation, and the left eye still yet another formation. Even the stones making up the teeth are separate, jutting out of the water.

As seen in my stunning graphic above (drawn from memory in photoshop without regard for quality), the whole thing looks positively Dali-esque from the side, and not a single bit like Peter Pan’s Skull Rock. The various eye-holes and things are not even true holes, but a series of concavities and overlays that just happen to line up perfectly from one angle.

Perspective Sculptures can be a lot of fun. You can see a some pretty elaborate ones here (warning: One image in the slideshow is NSFW). I think it’s cool that the Imagineers added this optical illusion to Pirates of the Caribbean. And try as I might, I just can’t seem to find any mention of it. Check it out next time you’re complaining about how inferior the Florida Pirates ride is!